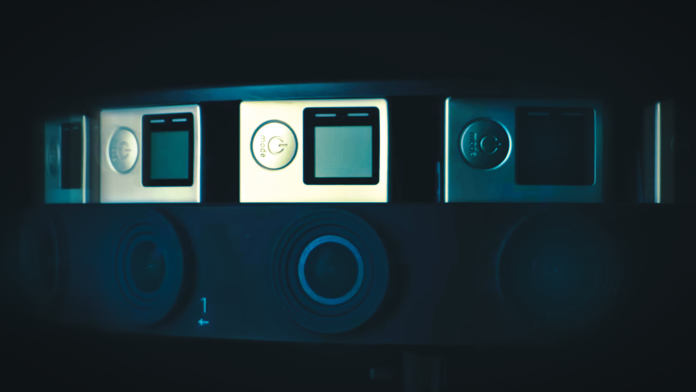 You’ll need to consider the objectives of the spherical video you will be creating — are they for your personal social media account, or a corporate gig? When it comes down to it, are more cameras better? The answer is generally no, but it really depends on the situation.

Usually, having more cameras means you’re dealing with a higher-end prosumer or professional-level camera rig. These higher-end products allow you to change more camera settings such as frame rates, white balance, exposure and other traditional camera settings like on a normal digital video camera. There are also more external power options available when using a professional 360-degree camera. Industry standard batteries such as V-mount and gold mount batteries can be configured to provide much longer-lasting battery life for your camera system. The higher resolution image, though, has to be the biggest benefit.

However, having more cameras could also have its downside. With more cameras, you’ll have much more data to deal with. When recording in 4K, with just six cameras, this means you’ll have a file size of around 24K resolution! You’ll need a seriously beefy computer just to handle the post-processing and plenty of storage to save all the video files. Having more cameras also means more chances for hardware malfunctions. When dealing with a multi-camera rig, if one camera goes down, let’s hope you have replacements on hand or you’ll have to postpone the shoot. There is also a greater chance of user error. As the operator, you’re responsible for making sure every SD card is formatted, every last setting on all the cameras is identical and that you don’t mis-click a record button as you are starting your scene.

With more cameras, you’ll also be dealing with more stitches, or seams. A seam occurs where one camera’s field of view meets that of the next camera. As a rule of thumb, you want to conceal, or at least minimize, these seams whenever possible. Some all-in-one consumer-level 360-degree cameras use only one wide angle lens which eliminates seams entirely.

All things considered, having more cameras is not always better — it really depends on the situation. Having more cameras will provide a higher quality end product, but they can also add a lot of extra work and complications. There seems to be a sweet spot though, which provides the most ease of use with the highest possible resolution. In the end, it really comes down to what your video needs are.