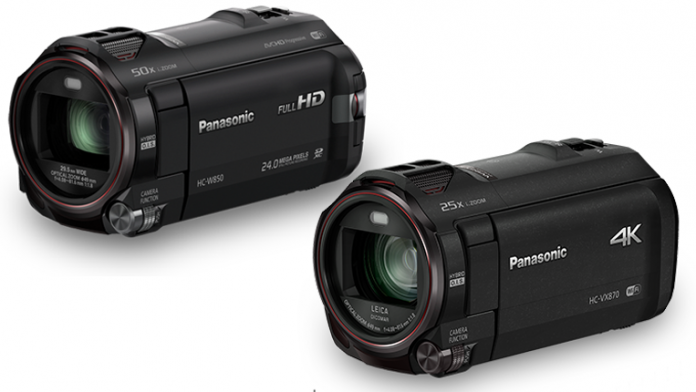 I was walking around the Mega Media store in Heidelberg, Germany looking to buy a new camcorder for my upcoming film project traveling the world with a vacuum cleaner.
“So should I buy the Full HD Panasonic HC-W858, or the 4k Panasonic HC-VX870?” I asked the sales attendant.

“Well, you have ask yourself what you’re doing with the camera, and remember the camera is only one part of the complete media package. You will need a 4K monitor to play it on and 4K SD cards cost twice as much as HD SD cards, and the technology isn’t quite up to being perfected yet,” said the associate with a thick German accent.

4K is only the resolution of the sensor capturing the data and the file storage, transfer and processing units also have to be upgraded to make sure the whole media package works flawlessly together. Most all movies, TV and the Internet, with a few exceptions, use HD (1920 x 1080) as the standard resolution format.

4K is only the resolution of the sensor capturing the data and the file storage, transfer and processing units also have to be upgraded to make sure the whole media package works flawlessly together.

Some other variables to consider when thinking about making the move to 4K is what content is already available in 4K? Right now only Netflix, Amazon, Sony and a new network called HIGHT TV offer limited content with large files sometimes creating problems for consumer broadband connections. Since 2013, YouTube has offered videos to be uploaded and viewed at 4K using Google’s video converter, VP9 compressor, moving away from High Efficiency Video Coding or HEVC. 4K platforms are growing, but there aren’t currently enough to convince me to convert to a 4K workflow as an independent producer.

It’s true that if you shoot with a 4K camera, you can down convert the footage into HD and it will actually turn out better than traditional HD, but the change is minimal to my eyes.

In the end, I decided to purchase the Panasonic Full HD HC-W858 instead of the Panasonic 4K HC-VX870, mostly because I was on a budget and I would need to purchase expensive media cards to store the larger files and my 2009 MacBook running OS X would not be able to process this much data. I’ll to wait to get a 4K camcorder when there is a standardized format and the footage becomes easier to store, share, compress, convert and watch on a variety of displays.

I presume 4K will be the norm within the next 5-15 years, as technology takes time to completely infiltrate the marketplace and become common use. I’m super excited to see 4K catch up and become the norm — until we have 8K, then holograms, digital reality, Google Glass… And who knows what then: Dream Cameras? Or movie space suits where your whole body is hooked up so you become part of the film? We’ll have to wait and see.

Willow Jon has traveled to more than 12 countries to create short videos, play music, and live the dream.