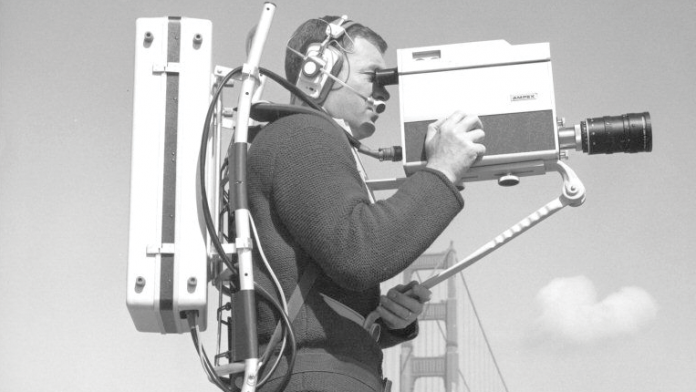 It seems like the video marketplace pressed fast-forward on ground-breaking technology and refuses to consider using pause. That’s what it’s like in today’s fast-moving video showroom of innovative gizmos and devices. Before you’re even accustomed to the most recent steps forward in video evolution, another upgrade comes along upstaging it — then another and another. How do you keep up? Should you?

Changes in Technology Change Your Mind

Most of us video enthusiasts know what we want before we even scout our local retailers. Even a beginner has a checklist to ferret out once they know what they’re going to shoot. We realize ahead of time that our budgets are pretty fixed, yet when we find ourselves visiting our nearby retailer — encircled by all those video playthings we might see for the first time — we suddenly find ourselves in the land of desire.

The video production equipment package we saw online or in a magazine set to our budget seems suddenly outdated, and probably is.

Since the digital age of video production, camera equipment has advanced more frequently than in the stone age of analog VHS, and each of those innovations occur as product developers learn from both mistakes and customer demand. In short, that modest yet functional camera you planned to get — the one in your budget — suddenly loses its appeal to the 4K-optimized powerhouse new on the shelf.

Technology is More About Improvemtents than Trends

The video market has become embellished with inventive devices for the novice, hobbyist and prosumer alike. What you should know in advance, however, is what works best for your project.

For example, a camera phone with 4K looks great, but how’s the audio? Does it come with optical zoom? What you need always depends on what you’re shooting.

Serious-minded video producers have no time for fads. When they decide to shop around for equipment, they want the most professional gear money can buy — gear that can capture the shots they need in their work. Some people are fine with a dated camera as long as it captures the action, but pros want — and even expect — more bang for their buck.

Serious-minded video producers have no time for fads.

Video manufacturers have answered many of these demands with modernizing up-to-the-minute breakthroughs in image capture technology. Cameras offering 4K and even 6K resolution are a perfect example. While there are some who might question 4K’s necessity, professional videographers will argue that the better the picture, the more potential there is for profit. This is one of the quintessential reasonings that goes into video enhancement. It’s something that manufacturers take very seriously — and so should you.

The Crystal Ball of Technology

Many consumers want by nature, but live by a budget. Sometimes budgets constrain us from looking forward. Yes, realistically, when it comes to building your video production kit, there are many considerations such as budget, type of project, locations and so on, but that doesn’t mean you should skimp on gear.

By staying on top of what’s new and cutting-edge in video production, from mobile phones to DSLRs to cinema cameras, it’s not about the improvements in technology; it’s about your own improvements as a professional.
In the end, keeping up with the leading-edge developments makes you a better videographer or filmmaker, no matter what kind of videos you shoot.