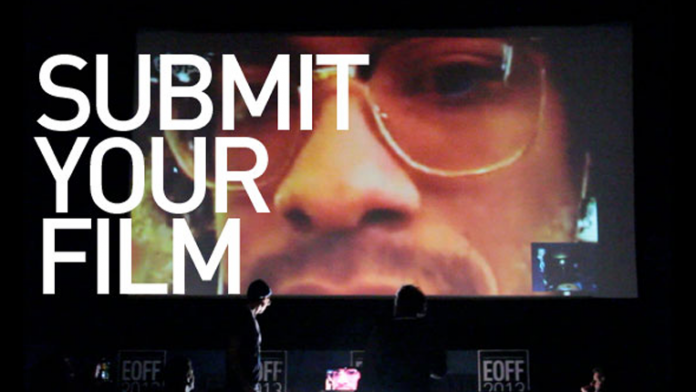 This depiction is not intended to slam festival programmers and judges. Many do go above and beyond to screen films in the best viewing environment possible; however, when you've submitted on Withoutabox using the extended (drop dead) deadline, you've now crossed over into programming crunch time. Many festivals claim that your submission will be viewed by three different programmers, many of whom are volunteers. If your film is online, it's just way too easy for a programmer to get through their backlog while waiting in line, before a meeting or at the laundromat; however, if you've submitted a DVD or Blu-ray screener, odds are that your submission will be watched on a much bigger screen during a marathon screening night.

If your submission has been selected to play at festival, chances are you're having to submit multiple copies on DVD or Blu-ray. Even if the festival does accept DCPs, you'll want to always bring a copy of the DVD or Blu-ray with you to the screening. While a 4K master on DCP may be the ultimate exhibition copy of your film if you shot in 4K, there are still so many problems with compatibility and encryption of DCPs. I was at a professional VFX event several years ago, and they couldn't get a major company's DCP of their reel to play so it just wasn't screened. I experienced a similar event at a film festival. The filmmaker, her family and friends were all present. The DCP wouldn't play and she didn't have a disc. Her film didn't screen, which I'm sure was heartbreaking.

If your submission has been selected to play at festival, chances are you're having to submit multiple copies on DVD or Blu-ray.


Most of your small to mid-range festivals still run with DVDs and Blu-ray players. While the larger festivals may want a digital file — which is also usually sent on a disc — so they can run your film off a laptop or a desktop, if you're submitting a feature, they'll definitely want a disc or a hard drive for exhibition.

DVDs and Blu-rays are still the preferred medium for studios and agents to screen TV pilots and features. Even when it comes to a trailer or a sizzle reel, do you really want the gatekeepers to watch your material on a cell phone or a tablet? If you go into any of the sales suites at American Film Market, DVD and Blu-ray players are still standard equipment there.

DVDs are also very popular for filmmakers who are event marketing their films at theaters, community centers, colleges and coffee houses around the world. You'll usually see the filmmaker after a screening selling the DVD — shrink wrapped in an amaray case with color inserts — for $25 with a complimentary autograph included. Many filmmakers say they average 10 – 30 discs per screening, money which helps further fund their event marketing campaigns.

DV vs HD: Size Does Matter

While many smartphone and tablets boast HD screens, size does matter. Research was presented at one of the keynote speeches at the CTIA Supermobility show last year that indicated a direct correlation between the larger the screen and the longer the viewing time. Ignore your technophile friends who claim DVD and Blu-rays are dead. If you're submitting or exhibiting your content to film festivals, agents or studios, discs are still the preferred medium.

W. H. Bourne is an award-winning filmmaker; her most recent film played at more than 40 film festivals including international screenings.