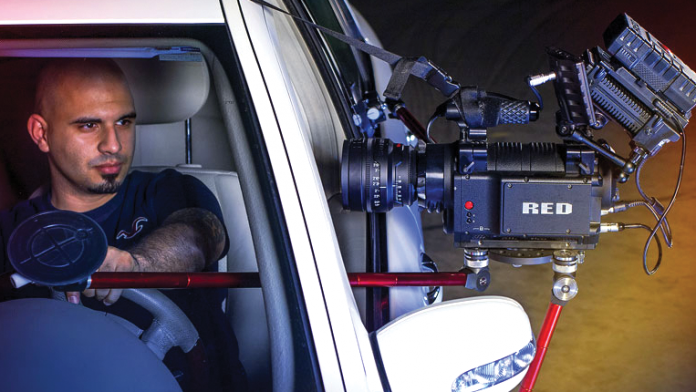 The advent of action cameras brought a wave of new videographers to the scene. Videos began showing up of people doing everything from skiing to walking near an active volcano. Many people would leave these cameras on the factory settings and run with them — which is fine if you’re just trying to capture a memory —  but as action cams became more prevalent, people began to experiment and figure out ways to get a decent quality image off of a small affordable camera. Everything seemed perfect; these cameras were cheap, produced a decent image and could be mounted pretty much anywhere. For the professional videographer, however, action cams still have major flaws.

While the promise of having everything you need to get a high quality shot in a small rugged waterproof package is enticing, it’s simply not true. Compared to a standard consumer camcorders, action cameras look pretty good, but they are no replacement for a professional video camera and really don't have much of a place on a professional set.


While the promise of having everything you need to get a high quality shot in a small rugged waterproof package is enticing, it’s simply not true.

Limitations including lack of exposure controls, small sensors, a fixed ultra-wide field of view and a tendency toward automation make action cams less than ideal for use on a carefully controlled set. Action cameras — as affordable and versatile as they may be — do not stand up to the image quality of a pro video camera. Even for most action shots, these action cameras don't compare to a well mounted and well controlled professional camera.

On top of that, cameras like Sony’s a7S II and other small interchangeable-lens cameras are small enough to mount almost anywhere. While pro video cameras may be more difficult to mount, tools like the Cinekinetic Cinesaddle, Digital Juice Spyderpod and Matthews Freedom car mount system all make it much easier to use a proper professional video camera to get clean, high-quality action shots. Now anytime there’s water involved things can get a little tricky however waterproof cases and bags for the most part solve that problem. With the proper rig, you should be able to find a way to mount a camera and control it to get a much cleaner image than any action camera can provide.

However, despite their limitations and usable alternatives, action cameras have found their way onto many professional sets. That’s not to say that these cameras have no place on a set — inexpensive action cams are perfect for shooting extreme action sequences that put equipment at risk — but as a primary action camera, they simply cannot compare to professional video cameras.

Action cameras are fine for hobbyists and low-budget productions, but for paid, high-end productions, it’s important to make the investment in a good rig that can carry your camera system and give you the flexibility to mount anywhere. Suction cup systems and saddle systems alike allow you not only to mount in unique ways; they essentially allow you to use your main production camera as an action or POV cam so you can get the shot you want without compromising on quality.

Overall, action cameras can serve as a great B or C camera but should never be considered a replacement for a pro video camera. Instead of resorting to using action cameras, invest in an action rig for your main camera. You’ll be much happier with the final image and ultimately be able to produce a much higher quality product.

Chris Settineri is the CEO of Studio 10 Films. He is a skilled video shooter, director and editor.