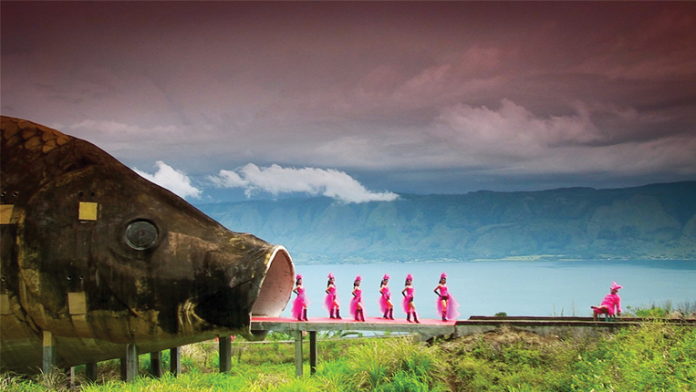 Reality TV purports to capture raw moments. While largely shaped around interpersonal conflict, the genre claims to show real life. Is it fair to categorize Reality TV as Documentary?

As Alfred Hitchcock once said, “In feature films the director is God; in documentary films, God is the director.”

We can all understand the heart of this quote without needing a theological debate.  Documentary is meant to capture how something happens without the director’s influence. Of course, the director does shape what’s seen — where the camera is put, what ends up on the cutting room floor, et cetera.  Thus, there’s always an inherent bias based on the filmmaker’s worldview.

Reality TV can also capture real things happening in the world, but the genre is generally perceived as more open to manipulation, as it’s often blatantly scripted by writers and envisioned in the minds of directors.

Clearly some things in Reality TV are done just for the show, but the same has been true for documentary since it’s earliest days. In 1922, Robert Flaherty’s “Nanook of the North” mixed footage of real everyday life with segments created and directed just for the film in order to highlight conflict and create tension. A similar technique was used in the acclaimed 2012 documentary “The Act of Killing.”

Good Reality TV captures highs and lows, conflict and resolution; it has the ability to capture the range of human experience. Bad Reality TV is exploitative, overly-produced, and ridiculously un-real. Whatever the case, in theory, the Kardashians would still be doing whatever it is that they do with or without the cameras following them. Therefore, “Keeping Up with Kardashians,” for better or worse, is documenting events and presenting them in a narrative format, just like any other documentary would.

There is a bias in everything. Creators make choices, consciously or not, that dictate the outcome of the product. Filmmakers and TV producers have to make a long series of decisions to appeal to an audience. True independent filmmakers have a little more leeway to take unpopular risks, whereas television sponsors demand a product that is palatable by the largest possible audience. But, when examined, neither medium shows a truly objective view. Both are shaped by the viewpoint of the producers who must choose to play up one situation over another to create the desired impact. The medium has it’s flaws, as all do, but at the end of the day, Reality TV finds itself as the black-sheep of the documentary family, sometimes uncouth and uncultured, but studded with occasional gems of insight to the human condition.