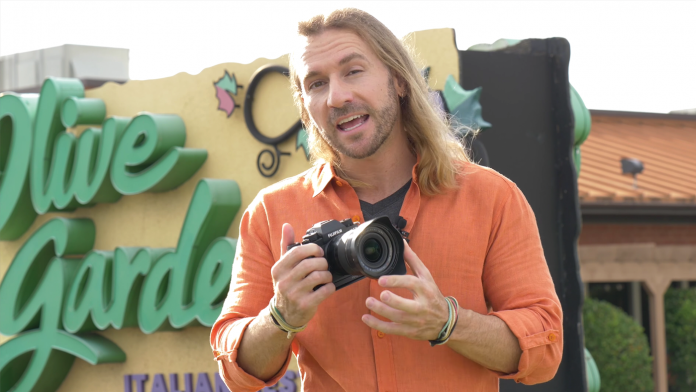 Piracy has been taken too lightly by online communities. It’s become so casual that even creatives themselves, who are quick to call foul when people who pirate their stuff, don’t hesitate to steal other creatives’ work when they aren’t on the receiving end of the pirating. In many ways it’s a nameless crime, and often times people can pirate content without seeing much, if any, consequences for what they’ve done, in contrast to crimes offline that are much less anonymous. But in truth, there are consequences to piracy, consequences that continues to hurt the videographer and photographer community and will continue to do so unless our culture snaps out of its piracy casualness.

But in truth, there are consequences to piracy, consequences that continues to hurt the videographer and photographer community and will continue to do so unless our culture snaps out of its piracy casualness.

Recently, Fstoppers, a small photography-focused company made up of only three full-time employees, decided to try and educate the online community about the woes attributed to cyber piracy with a very clever social experiment. They teamed up with landscape photographer Elia Locardi, the head talent behind Fstoppers’ highly popular Photographing the World series, and set out to create a fake instalment for Locardi’s series. Once they completed the fake instalment, they uploaded onto torrent websites to trick downloaders into thinking they were getting the next real instalment of Photographing the World. What they received instead be blunt lesson about piracy.

“The idea was sort of a “Rickroll” where Elia would teach what would appear to be a legit lesson,” explained Patrick Hall, founder of Fstoppers. “However, by the end of the video, Elia would acknowledge that this copy of the tutorial was in fact pirated and that the viewer had unfairly stolen the content from Elia himself.”

While the video embodies a humorous tone for the majority of the video — Elia, who usually films his series in destinations in Italy, filmed the fake tutorial at an Olive Garden in Charleston, South Carolina — at the end, it explains the real world consequences that pirating content has on creative community as a whole. For Fstoppers, they say it takes them a year to make just one photography tutorial with one of their professional photographers, like Locardi. It takes a lot of hard work, and money, to deliver their quality tutorials, but each time someone illegally downloads one of their tutorials, Fstoppers takes a massive financial blow. This essentially makes it harder for them to continue fund and retain the emotional drive to continue to make future content.

“ …we are putting up all the money, taking all the financial risk, and hoping that our hard work will not only be appreciated but will also allow us to make enough money to make the whole experience worthwhile,” writes Hall. “When you see your photography, graphic designs, or videography taken from you without your permission, it can be frustrating and sometimes outright discouraging.”

What the online community can ultimately learn from Fstoppers’ social experiment is this: if you like a creator and want them to continue creating, you need to support them. If you don’t, then they won’t be able to continue to make content. It’s that simple.

While people usually don’t pirate with the intent of harm creators, that inevitably is the end result. Sure, sometimes creatives can charge high prices for their content, Some find Fstoppers’ 300-dollar charge for their Photographing The World tutorials to be too high. However, these are the price those creatives believe their time and effort is worth and when someone casually downloads their content for free, it’s the equivalent to thrusting a big middle finger right into those creators’ faces. Many don’t seem to realize that by pirating people’s work, they are basically telling them that their time and effort isn’t worth anything.

Creators and businesses need support to keep them afloat. It can’t be a one-way street where the creator has to be both the creator and the supporter. It can’t work that way. Creators need the financial support and the validation in knowing that people like what they are doing enough to support them.

Sean is a professional writer and aspiring graphic novelist.