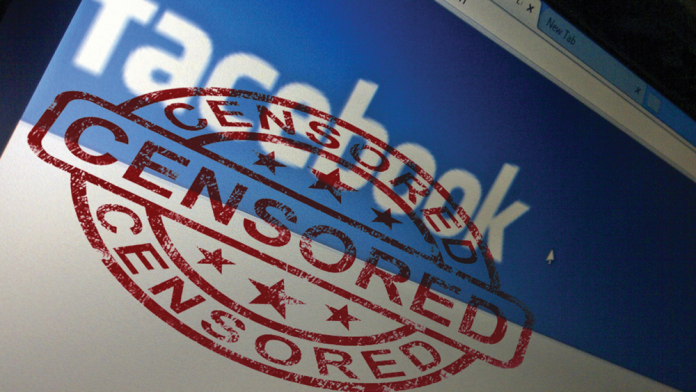 It’s no secret Facebook frequently censors content on your News Feed. It may not be to the degree conspiracy theorists would lead you to believe, but it’s a troubling trend, nonetheless. Facebook removes content they feel is violent or offensive, which could be a good thing in a number of cases. However, they also remove and/or block legitimate news events.

I, like many artists and content creators, take immediate umbrage at the thought of censorship of any kind. However, it’s particularly frustrating when it comes to news-related events. In this day and age, many people consume the majority of their news from social media, rather than traditional sources.

More and more, people are turning to sites like Twitter and Facebook to stay up-to-the-minute on breaking news, including live video from people near the event. Even for non-breaking news, or for important events that take place over a longer period of time, people utilize Facebook to discover new information. In this way, Facebook has become more than a tool to keep up with friends and family; it has become a vital resource for information regarding real-world, life-altering events.


Viewers are only getting a portion of the story, Rather than the full picture.

As such, social media has become a great opportunity for filmmakers to share videos on these subjects with a wider audience. The skills video producers have acquired to entertain and tell stories can now be used to shed light on important local and world events. Properly documenting these events could bring necessary attention to those who can influence change or alert others to potential danger.

This being the case, it’s more alarming than ever to have Facebook block and censor content on newsworthy subjects. Censorship encourages bias since audiences are limited to the point of view Facebook has deemed appropriate. Viewers are likely only getting a portion of the story, rather than the full picture, which omits necessary information for viewers.

Clever people who understand the system have the potential to manipulate and exploit it. For example, a major event takes place wherein violence erupts and shapes a crucial aspect of the story, and Facebook blocks a video documenting those facts. Meanwhile, others edit a video around the violence to meet Facebook’s standards, allowing that specific creator to tell the story they want to, without giving audiences access to the complete picture of the events.

This lack of transparency in reporting and documentation means people are not able to craft complete, well-informed opinions on a subject or act accordingly. Imagine an event going on in which human intervention could improve the situation. Those documenting it want as much attention brought to it as possible, but if Facebook censors it for being violent or potentially offensive, people may not even know help is needed.

The idea behind the censorship isn’t necessarily bad. Keeping offensive content hidden away might be altruistic, but the practice only encourages deception and censorship. Obviously pornographic content and snuff movies shouldn’t flood people’s feeds. But when it comes to real-world, informational content, censorship becomes, at the very least, a serious concern, if not entirely reckless.