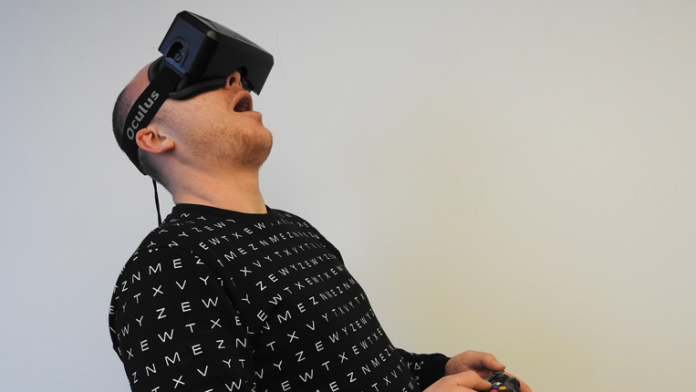 Mobile platforms are changing the way we shoot, share and consume video, so it’s no wonder video made for mobile looks and feels different from video produced for the traditional screens found in theaters and living rooms. But the change mobile brings is deeper than the trend toward short over long form productions and the acceptance of the jump cut.

Mobile video is leading us toward entirely new modes of storytelling that break the frame and force us to interact with media in new ways — and this is a good thing.

People get really mad about vertical video — really mad. Check the comments section on almost any article or video advocating for the acceptance of vertical video and you’ll find all sorts of name-calling and derogatory comments aimed at the author, those who shoot vertically and the format itself. These highly vocal critics really seem to take offense — to an aspect ratio — one that actually makes a lot of sense for the platforms it’s most used on.

If you’re one of those critics, sorry, but vertical video is likely something you’re going to have to get used to. With leading social and video platforms including SnapChat, Facebook and even YouTube and Vimeo all supporting vertical aspect ratios, vertical videos is worth your consideration.

Though once considered purely an amateur mistake, vertical video is beginning to be used intentionally, both to better fit the portrait orientation of the smartphone and as a creative choice based on the content of the work.

Though once considered purely an amateur mistake, vertical video is beginning to be used intentionally, both to better fit the portrait orientation of the smartphone and as a creative choice based on the content of the work. While it’s true that most large screens retain the familiar horizontal aspect ratio, it’s foolish to deny ourselves at least the option to shoot vertically if the situation calls for it now that mobile video has opened that door.

And the ratio revolution doesn’t stop there: Alternative aspect ratios, like 1:1 for Instagram videos, are used still elsewhere. The bottom line here is that, thanks to mobile, we are no longer locked into a horizontal aspect ratio — and maybe this is something we should use to our advantage.

Also known as 360-degree video or, perhaps inaccurately, VR, spherical video is emerging as a powerful new format that allows viewers to explore the video environment and breaks down the dominance of the fixed horizontal frame even further.

Though your phone is not yet capable of shooting spherical video, mobile apps are an essential part of the spherical shooting process, allowing you to monitor and review what spherical video cameras like the Ricoh Theta S are capturing. Where mobile platforms truly shine, however, is in the delivery.

With increasingly available headsets that take advantage of the tiny screens in our pockets, not to mention Google’s DIY Cardboard design, it’s easier than ever to find, watch and enjoy spherical content — and viewers are hungry for the spherical experience.

This, combined with the affordability of off-the-shelf cameras capable of capturing spherical video, makes experimentation in this new format especially appealing. There are plenty of questions still unanswered regarding the storytelling potential of this new format, but its recent growth speaks to the accelerated rate of change in the video industry and the increased flexibility offered by mobile viewing platforms.

Where vertical video creates the possibility for content specific aspect ratios, spherical video destroys the frame entirely so that we must reconsider storytelling rules entirely.

The changes brought about by mobile video affect more than just the frame, however. The almost inescapable presence of mobile is also shrinking the gap between content creation and distribution. Mobile video is becoming ever more immediate and interactive, and nothing speaks to this more clearly than the now ubiquitous livestreaming capabilities of apps like Facebook and Twitter’s Periscope. Now, anyone can share anything at any time with anyone — live!

The idea of live video isn’t new; TV broadcasters have been sending out live feeds of important events for years. However, bringing live streaming capabilities to the masses and implanting those streams into our social news feeds makes them more accessible and decidedly more interactive. Mobile devices are they key to widespread adoption, serving as capture, distribution, viewing and response device all in one.

More immediate and less polished, live mobile streaming is pushing viewers to favor relevant and engaging content over high-end production value. Of course the ultra-sleek professional video and avant garde masterpiece will continue to find their audience, but mass consumed online media is expected  now — the sooner, the better — and engaging with the creator of that media only increases the feeling of immediacy. Nothing satisfies the desire for timely, engaging content better than live streamed video delivered through your favorite social media app.

An Exciting Time in Video

All of this to say, video is changing, and we all know it. Mobile is the driving force. While these changing tides may cause annoyance for some, it’s important to remember that new media does not mean the death of traditional formats. No doubt horizontal aspect ratios are here to stay, but so are vertical formats, spherical formats and live online video. These are a few examples of the potential mobile video has unleashed. You don’t have to abandon traditional presentation modes, but why not also take advantage of what these new formats have to offer?