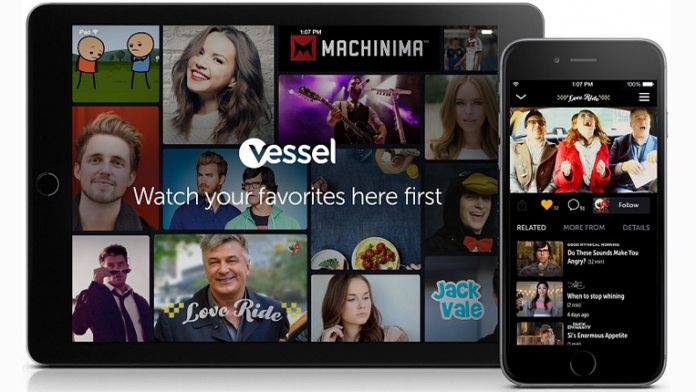 When I heard about a new subscription-based, short-form video-on-demand (VOD) streaming service, my interest was piqued. Vessel rolled out earlier this year, with the technological DNA of Hulu serving as its foundation. As a video connoisseur and recent VOD adapter, I signed up, sat down and started streaming.

The website, created as a brainchild of Hulu executives Jason Kilar and Richard Tom, boasts a subscription-based sneak peek at some of the same content most of us end up seeing at some point through our social media channels. Content providers like Ellen, The Tonight Show with Jimmy Fallon, UFC and Shane Dawson can post a video that isn’t posted anywhere else (at least for a short time period). Those same providers are offered a payout based on a combined percentage of subscription and advertising fees. Vessel estimates that 1,000 views will payout around $50.

As a video content producer myself, I wanted to learn how I could get a cut of that cash. Vessel is definitely interested in sharing our content, so long as we bring a big enough audience that they can make some money off of us. The application process asks that you provide a link to your content, but it also asks that you share your social media channels (translation – show us how big of a following you have so we can decide if we can profit off of you).


…if you’re looking for that opportunity to brag about seeing something before it becomes a viral video, you might be interested in Vessel.

The site claims their payouts are 20 times richer than what a creator can earn by posting content on free distribution channels (think YouTube, Facebook, et al). Vessel offers dozens of channels a subscriber can pick from in a wide range of genres — News, Sports, Travel. These short-form videos range in length and quality, but the key to Vessel’s future hinges on one key idea: exclusive early access and advertisers that want to reach those viewers who value the sneak peek.

From where I sit, however, I just can’t fathom spending $3 a month for that exclusivity. It’s a stretch to think that a video featured on Vessel is going to be so good, so impactful, and so worthy of my money that I can’t wait a few days – or weeks – to see it pop up into my social network stream.

Then again, I never saw myself paying to watch TV shows a day after they aired that weren’t recorded on my DVR. I’m not alone on that front, either. According to an April 29 blog post on Hulu.com, the streaming VOD giant has more than nine million subscribers (up 50% since 2014); those subscribers are watching 30% more content on Hulu than ever before. Netflix has more than 62 million members in over 50 countries. Unlike Hulu, however, Netflix members aren’t subject to sitting through advertising.

On the surface, Vessel sounds great — it really does — but scroll through their content offerings and you’ll find much of what you can find anywhere else…just…earlier. I’m definitely a fan of Vessel’s pledge to help independent video producers get paid more for their hard work. What I’m a little skeptical about is whether an outlet like Vessel can have the staying power to complement — let alone compete with — their bigger predecessors. Dollar for dollar, I’ll keep my money in my wallet and wait a few days to see whatever else is buzzing about.

Dave Sniadak is an award-winning video producer who currently manages all corporate communications for a Minneapolis-based airline.