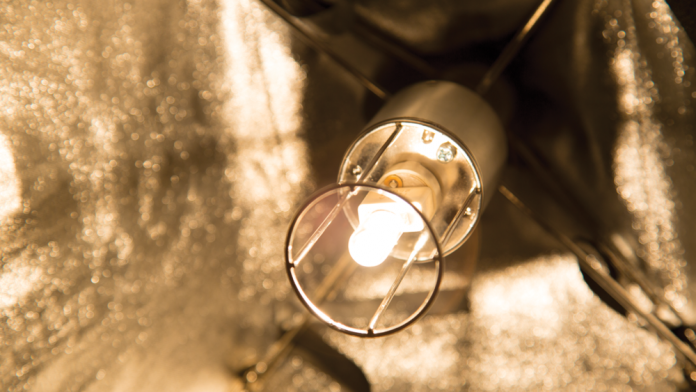 Like most kinds of video production gear, lights offer a number of options based on your budget and experience level. As technology changes, some filmmakers have made the switch from more traditional tungsten lights to LED lights. Although there are some benefits to making this change, tungsten lights are actually a great option for beginners, likely working with a limited budget, who are looking for a forgiving, reliable set of lights.

Tungsten lights are probably what you’re familiar with if you’ve ever been on a film set or worked on a student film project. Tungsten lights typically have metal flaps, or barn doors, surrounding the bulb, which allows filmmakers to adjust the direction of the light. Inexpensive dimmers can also be used to control the light’s intensity. A tungsten bulb provides continuous light, which means it conveys all light frequencies. These lights have a lower color temperature than the sun, giving them a warmer appearance. They’re typically best when used indoors, creating a pleasant, even look on skintones. A benefit of the tungsten option is that these lights can be easily adjusted for color temperature or texture using a variety of inexpensive accessories like gels, diffusers or flag kits.

A set of tungsten lights will likely run a filmmaker several hundred dollars less than LED lights of similar quality.

Tungsten lights each use a lot of power, which means you have to plan ahead in order to plug each light into a separate outlet. This will prevent your lights from overloading one of the circuits in your building and can help you think about placement and spacing of your key, fill and back lights. Using tungsten lights can also help you learn how to be mindful of proper care and usage of your equipment. The lights burn at a very high temperature, which means you must use gloves to handle both the lights themselves and the bulbs during setup and adjustments. Tungsten bulbs are also sensitive to oil, including the oil on human fingertips, which means it’s important to use gloves when handling or changing the bulb as well.

In general, tungsten lights are a reliable and inexpensive option for beginners that will provide even lighting for interior shoots. Although there are several other options on the market, tungsten lights are a great place to start if you want to learn how to set up and operate some of the most widely used lights in the industry. Tungsten lights remain cheaper than most LED lights and are a user-friendly option that allows you to easily convey the look and feel that you’re aiming for.

Emily Fuller is a multimedia producer and freelance writer with a background in video production, media education and public broadcasting.