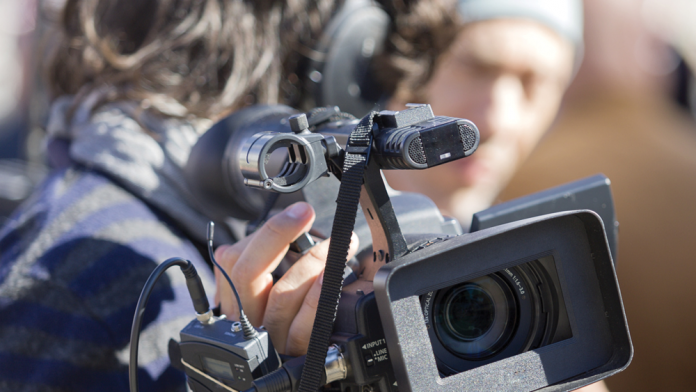 There has never been a better time to be a filmmaker. This isn’t just because you can now purchase an affordable camera capable of capturing high quality cinematic images. The tools of the trade have also made the job of the filmmaker easier; just the shift from film to digital introduced a plethora of benefits.

Friends of mine who are working as ADs in Hollywood often talk about how much they love digital; the director can check the shots as they go. Some directors these days are cutting the movie as they shoot. Their dailies are essentially rough cuts of the scene. The obvious big benefit of this is that you find out immediately if additional shots are needed instead of down the road. Pick-ups become much easier and cheaper; the crew can just grab that insert or a better line-read the next day before the set is taken down.

There is an argument to be made that watching the playback after each shot is bad practice. It can wreck the flow of shooting and stifle the cast and crew's ability to work at the speed of their creativity. There is also the risk of going full-Kubric — obsessing over every detail, every facial tick and every object placement — driving your cast to the brink of a mental breakdown. It may have worked out well for Kubric, but we can’t all be maniacal geniuses.

I find that argument to be the equivalent of saying that, because excessive consumption of In N’ Out Double Doubles can cause obesity, I shouldn't enjoy one every week or so. It is smart practice to review your shots without going overboard and slowing yourself down unnecessarily. As my dad always said: “measure twice, cut once.”

Reviewing your shot is smart if for no other reason than because you can prevent expensive and possibly embarrassing reshoots. No one likes to go back and tell a client the shot was out of focus, there was a smudge on the lens or some background actor was making a funny face.

The more elements you add, the more likely you are to miss something.

And the more elements you add, the more likely you are to miss something. If your actor or camera is moving at all, you must make sure that they hit their marks, that they’re in focus, and there are no odd shadows on their face, a boom pole dropping into frame or someone from craft services wandering through the background. Checking your shots is your insurance.

The truth is that most of us aren’t on huge Hollywood sets. We’re working in small crews, each wearing many hats frantically trying to get everything we need. I don’t know about you, but at the end of the day I am mess. I freak out worrying if I got everything, if it's in focus, exposed properly, and framed well. I turn into a nervous wreck, thus causing my Double Double consumption to increase dramatically along with the size of my waistline.

While reviewing my shots doesn’t cure that anxiety, it certainly mitigates it. Checking my shots forces me to slow down, breathe and think. Knowing I’m getting exactly what I want allows me to put all my energy into the next shot.

Insurance is a huge plus, but I have found that reviewing is also a great way to work through scenes. Sometimes, I will shoot something, watch it, then tweak it. You can storyboard all you want, but everything changes when you start shooting. Sometimes what you thought would look amazing doesn’t. There have been very few times when I was shooting with a large dolly set up that we got what we wanted on the first setup. We shoot and then tweak, and the final product reflects that.

Filmmaking is a process. We include many systems to ensure that projects get done on time and on budget. Reviewing your shots is just another part of that process, another system. Like all systems, it can become a sluggish behemoth of a bureaucratic beast if we let it — much like me if I over-consume In-N-Out. Be smart. Review your shots, but don't obsess over them. More important, remember how each shot will play in the greater picture. Your job as a director is to tell stories, and stories are built around moments. Make you sure you’ve captured the moment and move on.