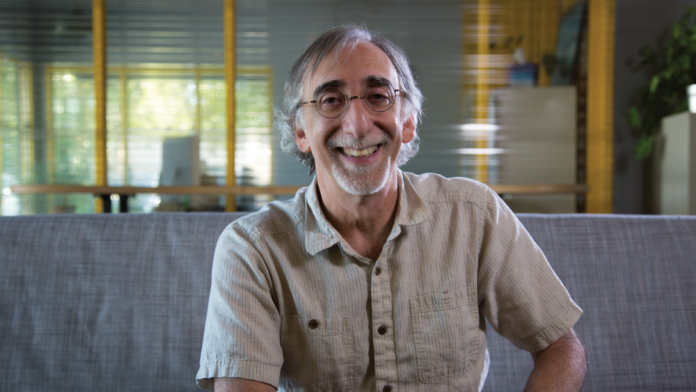 The viewfinder on your video camera is a window to the world that you choose to reveal to your viewers. Although we don’t typically spend a lot of time pondering the power of that little rectangle, it is an extremely important part of every scene that you shoot. Each time you frame a shot, you make decisions, both conscious and unconscious, about what you will allow into the frame and what you will selectively crop out. Where you align the edge of the frame is a nuanced skill that draws upon artistry, aesthetics, science and psychology. The things you choose to reveal in the frame, and the things that you choose to conceal from the frame make all the difference in the videos you produce.

Each time you frame a shot, you make decisions, both conscious and unconscious, about what you will allow into the frame and what you will selectively crop out

Professional Directors of Photography go to great lengths to design every aspect of what’s inside the viewable area of each shot. This often requires complex arrangements of multiple lighting instruments, reflectors, diffusors, flags, gobos, stands, mounts and crew members. The entire composition of the scene is designed for the lens as determined by the focal setting and the edge of the frame. The frame is what partitions off the artificial on-screen reality that your viewers will experience from the actual behind-the-scenes reality of studio instruments that are required to create the shot, but do not belong in the story. When audiences watch films, they are not supposed to think about the equipment, the camera, the crew, or the food service tables, makeup artists, hairdressers, assistants, trailers, trucks and cables that are ubiquitous on Hollywood sets. The viewer subconsciously agrees to turn off the portion of their brain that knows there is a crew and that the film is actually a story portrayed by actors; they agree to go along with the illusion that they are watching real people in real scenarios. The frame can bolster or destroy this dance between fantasy and reality.

When the story is strong and the production is polished, the frame conceals and reveals in a way that allows viewers to quickly engage with the story and enter into the experience. But when the camera shakes, drawing attention to the camerawork, or when a microphone dips into the frame or the crew is seen in the reflection of a window in the background, the spell can be easily broken and the artificial reality of the story can be compromised.

When used skillfully, the edge of the frame can be leveraged to create stronger, more engaging, stories. Straightforward storytelling makes everything clear from the beginning — showing a clear sequence of establishing shots to give the viewer the entire context of a scene makes viewers comfortable and in the know. But one of the best ways to build suspense, curiosity, or to guide a narrative is to withhold information. When the scene begins with a tight shot of a gloved hand firing a gun and the audience does not know the who’s, where’s or why’s of the story, they can be drawn to engage even more deeply into the narrative as they attempt to fill-in the blanks. Their curiosity will cause them to watch with heightened awareness and intrigue.

As you shoot your scenes, think with greater awareness of what you are including and leaving out of the frame and why. What you don’t show can be just as important as what you do.