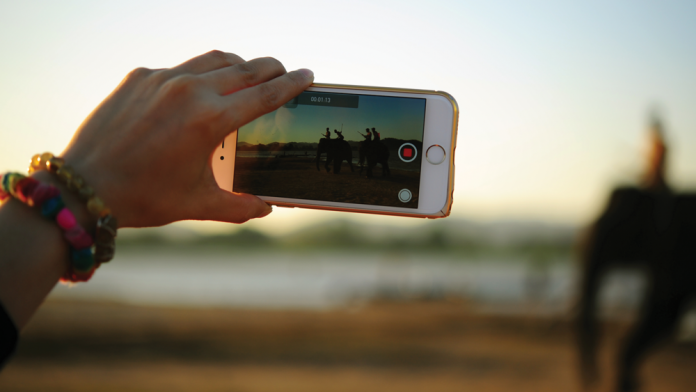 As ambassadors of the video industry, we have a vested stake in preserving the integrity of our chosen profession. With all the amazing advancements weÃ¢ÂÂve enjoyed in technology and workflow efficiencies, one of the things we cannot compromise on is the fundamental foundation of our practice.

Our well-being as video purists has come under attack from all fronts, one soccer mom and millennial hipster at a time, who believes that pointing their smartphone vertically, pressing record, and then beaming their video across social channels for all the world to share is acceptable. We must align forces, work across the proverbial aisle, and take back our industry by sticking to the traditional video standards weÃ¢ÂÂve been taught. In doing so, we can save humanity from having to watch another viral video abomination.

We must align forces, work across the proverbial aisle, and take back our industry by sticking to the traditional video standards weÃ¢ÂÂve been taught.

As video production aficionados, why are we not taking up arms against people who insist on breaking every basic production principle? ItÃ¢ÂÂs time we make a stand against video violators by enforcing these fourÃÂ basic steps:

While I want to believe the video profession can weather the social storm of substandard production quality, the reality is that too many creators Ã¢ÂÂ and consumers Ã¢ÂÂ of real-time media are complacent in their quest to capture the next viral video. That, or, they simply donÃ¢ÂÂt understand the importance of video integrity. It doesnÃ¢ÂÂt take much to educate someone on the virtues of video. Together, our focus on upholding these production standards can ensure that the efforts of those who came before us in the video world will never be in vain.

Dave Sniadak is a self-proclaimed video purist who cringes at the sight of someone shooting a vertical video on their phone. He is also responsible for all communications initiatives for a Minneapolis-based airline.