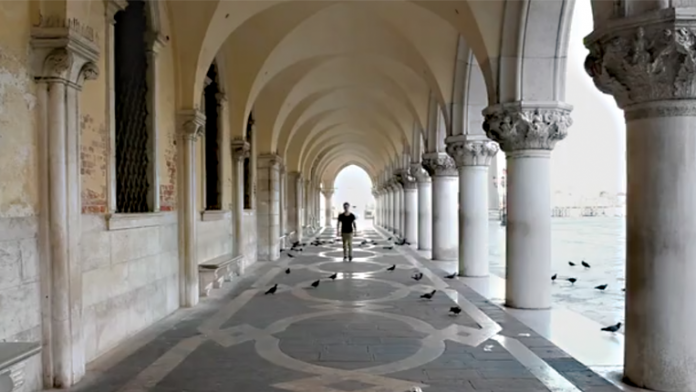 It shows up most often in single camera talking heads with no b-roll. If you have to make an edit, there’s just nothing to cut to. Failing all tricks — I’m looking at you my friend and foe, the Morph Cut — the typical path to skirt jump cuts is to zoom in, creating the illusion of separate close and wide shots. Where I come from, we don’t do the white flash thing. It’s too — well — flashy.

Back in the school days, we were taught jump cuts were evil. They were jarring, upsetting to the audience and disturbing to the viewer’s train of thought. Even worse, a jump cut called attention to the edit. The occasional horror film, experimental film or music video was their only employ. In those genres, it was used for achieving exactly those effects. It became useful. This was the start of the unthinkable, though. We started to accept the unacceptable.

By themselves, they meant very little, but combined they formed a statement all their own — the montage approaching its purest perceptible form.

When the music video generation came along in the early 1980’s, we thought it was a revolution in editing, the direct antithesis of the French and Italian led long shot realism. Shots were reduced to mere seconds, even frames. By themselves, they meant very little, but combined they formed a statement all their own — the montage approaching its purest perceptible form. People grew an intensely short attention span. Non-linear editing was the enabler, and together they ushered in a new era of mesmerizing, ostentatious dynamic short stories.

Artistic ability notwithstanding, if a person today has a computer of any kind, they have the tools to create and edit video to some degree. People have something to say whether they are heard or not, and YouTube leads the way for the deluge of “John Q. Public” to post titanic quantities of video content for mass consumption. Possibly they’ll receive a stipend for it, but that’s not necessarily the point.

So we have a wealth of people who produce content with limited time, resources and — arguably — knowledge to really put together a polished quality production. What they want is to, for glory or money, push out ripe niche content as efficiently as possible. At the other end we have viewers that are used to disruptive video. They keep up when things change without notice. They want that niche content and care not if it’s perfection incarnate, as long as they can consume.

I myself often sneak off and watch content about my favorite video games during lunch. It’s a break from the serious editing work I do all day. Indeed, time is limited and I’m more interested in having access to quality niche content than pristine production quality. It’s a different expectation than movies or television. Let’s get in, be informed and hopefully entertained, and get out. If a jump cut happens, I understand. Sometimes the host will spout, “Okay I’m back, sorry I had to go do [something]”, and I’m pleased they bothered to drop the irrelevant lingo. I don’t need a transition; chances are I was only half watching anyway. Most likely their editing consisted of merely pausing the screen recorder and then restarting it, and I’m fine with that. The jump on the screen was all the transition I needed. I understand. Let’s just move on before I have to get back to work.

Wait a minute, did I just say I liked the jump cut? Well, yes, in this instance I think it’s perfect. My video teachers are surely crying right now. The general vlogging populace isn’t going to impress me with their ability to add a real transition or cut to b-roll of their cat, so lose it. I’m good. I used to watch MTV. I can keep up. Like the few frame montage, the jump cut is a transition reduced to its most pure form. Perhaps it’s my mindset, my expectations, the content, but in this case it works. I get it, and others do too, and that’s great; it’s also a problem.

The other day I edited one of those single camera talking head videos. When the feedback came, the only comment was “please remove the zoom, it distracts me”. What? Are you serious? You want me to make a jump cut in the video because you think it’s less jarring? That’s where I draw the line! Times may change, but my standards remain. That’s using it incorrectly — that goes too far! Professional interviews laden with jump cuts? BAH!

Then again, it actually didn’t look that bad.