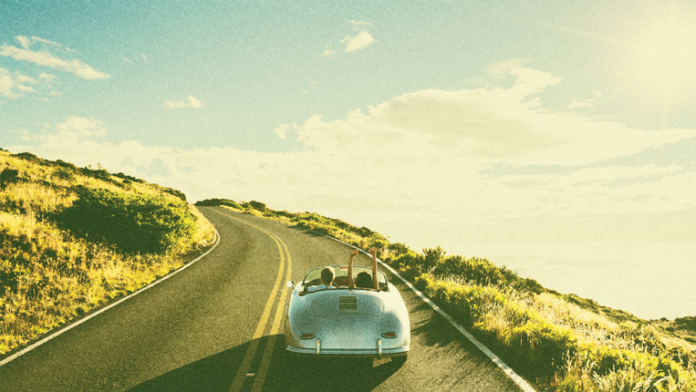 In the Dark Ages of editing, there was analog. For the video camera owner, this was the one conversion tool for tidying tape-based footage, and it was an amenity for the pro. By the millennium, those analog tape decks and expensive workstations advanced to nonlinear digital editing, changing the game of post-production forever.

By the millennium, those analog tape decks and expensive workstations advanced to nonlinear digital editing, changing the game of post-production forever.

With groundbreaking improvements in computer-based software, video editing has not only showed off its finesse of a simpler editing process, but it is now more accessible and affordable to the average consumer.

Enter the evolution of fresh techniques that publicize more punch to the post-production process.

Some of these methods have been around since the Stone Age of editing, but others evolved from the sheer creativity and imagination of the visual storyteller, both past and present. Let’s look at the most prevalent editing techniques used by many pros and hobbyists, and scour the ones that have held up to the test of time and the ones that probably won’t.

What is it? In nonprofessional terms, retro color grading is adding appeal to your video by enriching its color, whether it’s for dramatic impressions or simple color correction. Keep in mind, we are referring to a technique manipulated in post-production and not the cool FX built into most video cameras. Retro, however, refers more to a vintage look, and it’s an editing effect normally used to convey an old film appearance. The technique continues to gain popularity — especially as LUTs and professional color grades become easier to apply — and, for this reason, continues to find a use. Though it can be a time-consuming process, when it comes to getting that classic look, retro color grading is the go-to craze. Long after Instagram and Vimeo dwindle as trendy stages for video enthusiasts looking to share their videos, the classic look of a retro color grade will still find longevity among professionals and hobbyists out to add a vintage ambiance to their production, especially if it’s a wedding video or the next Wes Craven horror flick.

The slow motion editing technique has already stood the test of time. There’s no debating the tremendous impact slow motion has had on cinema. It’s optical poetry. Nevertheless, similar to retro color grading, its use boils down to the look the artist is aiming for in their project. Slow motion is popular in blockbuster movies like the Transformers and Fast & Furious franchises, but many video producers also use it to capture those romantic moments at weddings or to shoot something as simple as two children running hand-in-hand in a playground. Slow motion expresses mood and paces the action of any project. Whatever genre you’re undertaking — comedy, horror, action, drama, documentary — slomo will undoubtedly be there waiting for you — and the next few generations of visual storytellers, as well.

When it comes to preventing shaky images — unless you’re doing it for an effect — image stabilization is a necessity. Blurry images can ruin any great shoot. However, with digital image stabilization, you can improve that take for more natural and steady results. As long as you have people with shaky hands, you will have Digital Image Stabilization. It’s an editing godsend for everyday shooting in a world of moving objects and unpredictable conditions.

As a filmmaker buff and animator, the one thing I have learned about YouTube is that anything uploaded and shared on their site can become a trend. It’s an ideal workshop for the beginning and experimental visual artist. Many YouTubers take their craft seriously and work with what they have. Because most YouTubers shoot videos using single cameras or webcams, there are few to no options but to use the jump cut. YouTube-style jump cuts make the footage more effective and fast. There’s usually no time or budget for a traditional shotlist. Thus, the viewer gets an excess of jump cuts. As technology such as Adobe’s Morph Cut advances and the eager YouTuber hones their craft to do some complex cross fades, the overused YouTube-style jump cuts will jump cut on to the next trend.

Jump cuts can be ugly. Still, many video creators depend on them. On-beat jump cuts can add power and tightness in the right place. Nevertheless, jump cutting is a practice you can avoid altogether. You can zoom in on a shot or simply make the framing of the two shots poles apart. Once the creative filmmaker becomes more familiar with shooting in sequence, they’ll develop new habits with inventive styles and stay away from jump cuts entirely.

Frame flicker can be a cool effect that has come and gone in and out of fashion through the decades. Today, some music videos often use flicker frames as transitions from one shot to the next, while others types of content use it to create a hypnotic effect for their videos. Flicker frame enthusiasts would argue that the technique is here to stay, but because we are living in a technology-driven digital age with generation trends popping up faster than iPhone upgrades, beginners and pros will eventually divert their attention to the next trendy effect editing software has to offer.

Editing trends continue to gain momentum in the digital video age, and those trends are moving faster than ever, constantly changing and evolving. We recommend getting your feet wet by researching all editing techniques available to you and learning hands-on what works for your specific project. After all, you could be the one to establish the next popular video editing trend.