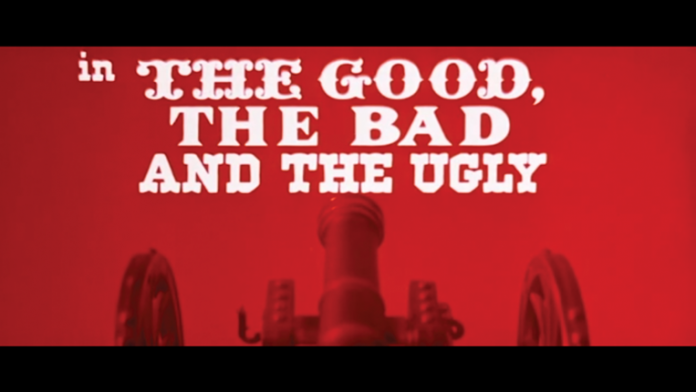 The digital revolution was a game changer not just for editing, but also for opening title sequences. Early sequences, like the title sequence for âLabyrinth,â hinted at the possibilities of the digital era. Software like Adobe After Effects has made creative titles accessible for films of any budget. Today, the opening title sequence is more developed and has more possibilities than ever before. While there is no right or wrong approach to titles other than a filmmaker’s personal preference, some styles do work better for certain films.

There are several ways you can improve your opening title sequence. Avoid cursive or hard to read fonts. Make sure your titles are on the screen for at least three seconds so they can be read. Remember to use your title safe guides to insure your titles remain in frame. Keep in mind the tone you want to set for the film as a whole, and use color theory when making choices for your font and background colors.

If you don’t have the budget to do an elaborate sequence or to hire a talented motion graphics artist, simple titles can be effective. Remember, since your opening title sequence is in the first 10 minutes of the film, it is important to keep in mind that if people dislike or find the sequence annoying, they are more likely to stop watching. Additionally, a bad title sequence alienates the audience and gives them a bad impression of the remainder of the film.

Fade In and Out: âThe Fallâ

Some title sequences are so simple and so perfect that we often overlook them. An example of this is the opening titles for the film âThe Fall.â These titles fade on and off the screen over exquisite live action footage.

While not exactly a style, the opening credits for this particular film are priceless. The creativity in this sequence are the jokes. The text-based jokes were an amazing success when the film released in 1975 and are still enjoyed to this day. 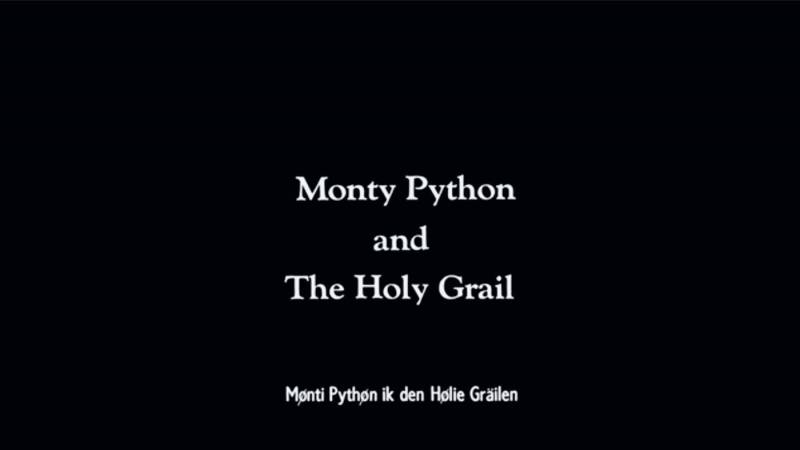 This intricate live action title sequence uses a cardboard miniature set for the titles. The title cards are carried through the miniature set like they are on parade. If you keep in mind that the sequence for âShow Boatâ was created without digital much less analog tools, it’s amazing just how creative this title sequence was 79 years ago. This sequence is a testament to out-of-the-box thinking. 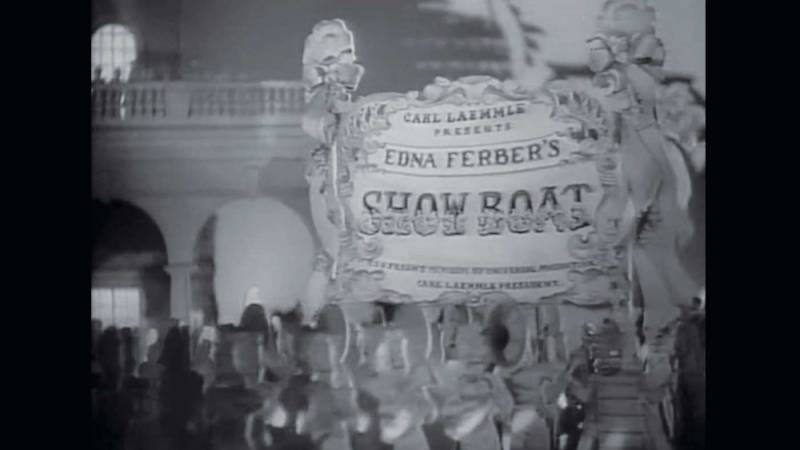 Animation With Title Cards: âThe Good, The Bad, and The Uglyâ

This sequence clearly demonstrates that a well executed opening that fits the production doesn’t need to be overly complicated or technical. The title sequence for âThe Good, The Bad, and The Ugly,â which was traditionally animated before the dawn of digital post-production, is very simplistic in comparison to many modern sequences, yet it still works very well. The opening uses animated reveals of images such as a rider on a horse to jazz up its title cards. Also note the fact that the title is in three different fonts: one for âthe good,â another for âthe bad,â and a third for âthe ugly.â 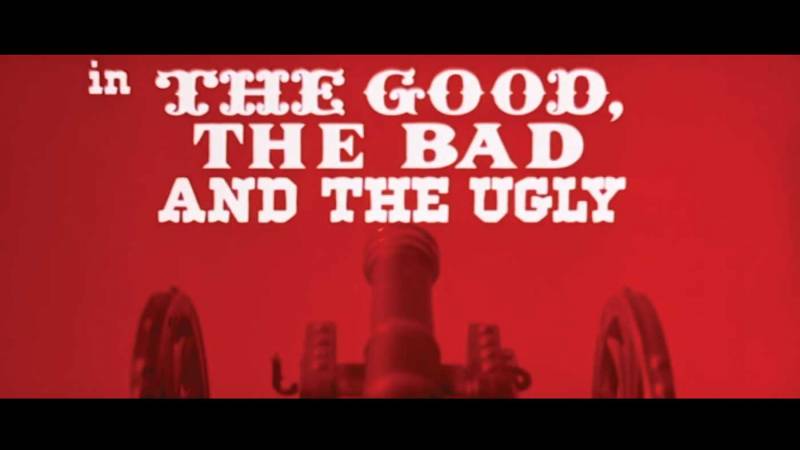 The opening title sequence from âScott Pilgrim Vs The Worldâ may not immediately stick out as an amazing title sequence. The sequence starts several minutes into the movie. The intro into the sequence flows naturally starting with a dolly backward revealing match moved text. The font is animated to the beat of the music being played by the band on-screen. It’s over the top and not very subtle. This keys the audience into knowing they are going on a ride that is not that serious and very comic book-esque. Since it is an adaptation of a comic book, it fits perfectly. A slow pan down reveals the title of the movie over a black screen. The sequence then cuts to the same animated font cutting in and out with animated backgrounds. These hand drawn, very jittery backgrounds give the viewer a sense of action, youth, and comic mischief.

When examining creative titles, it’s amazing how often this sequence is overlooked. Because it doesn’t start at the beginning of the film and because it is so much in sync with the music, it almost feels like a natural deviation of the film rather than a title sequence. As a result, as the sequence wraps up, the audience doesn’t feel as if they have been derailed from the story. 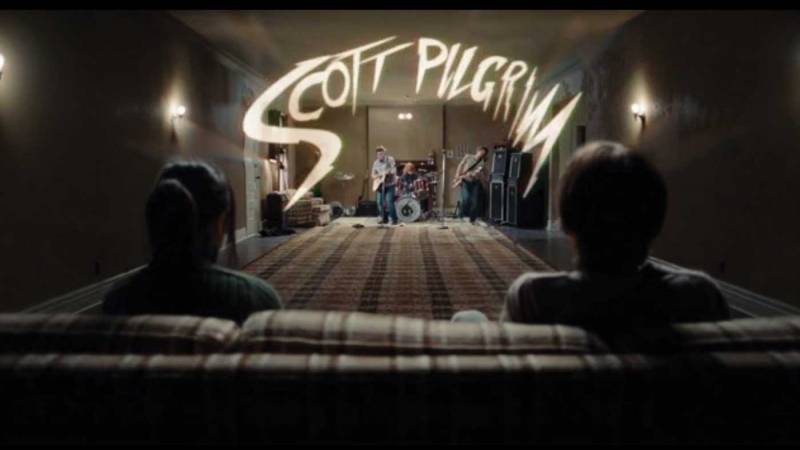 To analyze a quirky, romantic comedy, one should look no further than âJunoâ whose opening has become iconic. The highly stylistic rotoscoped graphics are designed to look like hand drawings, but the entire sequence is completely digital. Combined with the music âAll I Want Is Youâ by Bob Dylan, it gives a very offbeat and youthful feeling. Unlike âScott Pilgrim,â the mood isn’t comical or energetic; it has more of a melancholy and wistful feeling. This opening sequence is very effective in that it brings you into the teenage mind set. To really understand what this stylization achieves, try to imagine the sequence as if it were live action. The sequence wouldn’t work as well.

Like âScott Pilgrim,â the title sequence is not at the very beginning of the movie. To help ease the transition between the movie and the titles, the music begins before the sequence starts, and the camera is matched from the live action shot to the rotoscoped first shot of the sequence. 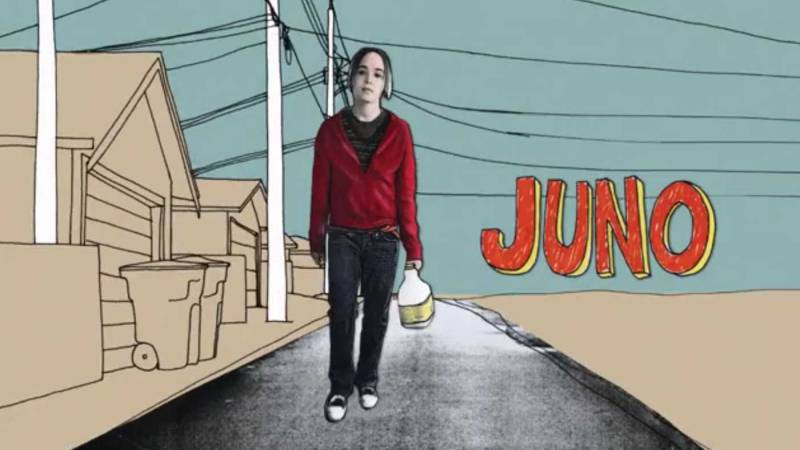 One of the most engaging titles is the sequence for âCatch Me if You Can.â Animated in a silhouette style, what makes this sequence particularly unique is that it sets up and tells the story of the entire film. Because the animated silhouettes are chasing each other, you get the idea that this film is going to be a thriller. Each individual section of the sequence has it’s own rhythm and color palette. The shifting of color palettes helps illustrate the transition from one location to the next. In order to truly appreciate the sequence and its value, it should be watched within the context of the entire film. Despite being highly memorable, the sequence does not stick out as a highlight of the movie and does not overpower it. 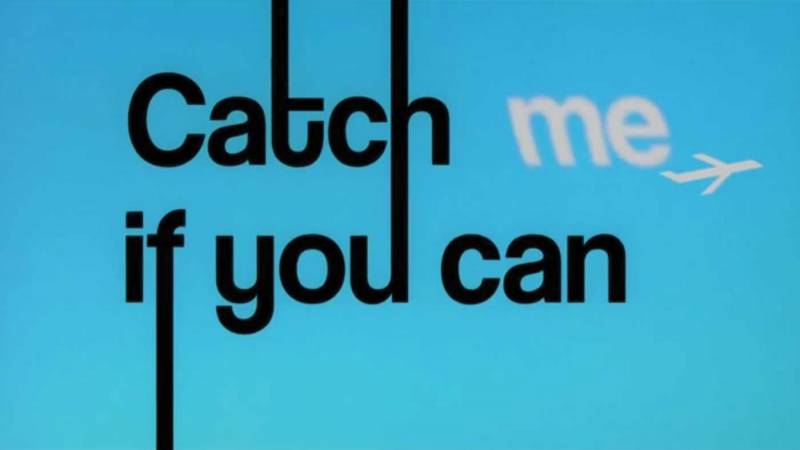 At first, you may think the two films mentioned have nothing in common, but after watching both opening sequences, you will notice the striking similarities. The opening for âZombielandâ is a montage of shots covering the zombie outbreak. The interesting thing that sets this title sequence apart is how the titles interact with the action on screen. The letters are sliced, shot and even hit by objects in the frame which causes the letters to move subtly. This effect adds flair to the titles. The choice to put the opening titles over the montage of carnage on the screen makes this sequence stand out.

A similar montage sequence is the opening titles to âWatchmen.â The titles for âWatchmenâ just happen to be placed within the montage that explains the alternate history of the world of âWatchmen;â however, unlike âZombielandâ the titles do not interact with what is going on in the shot. 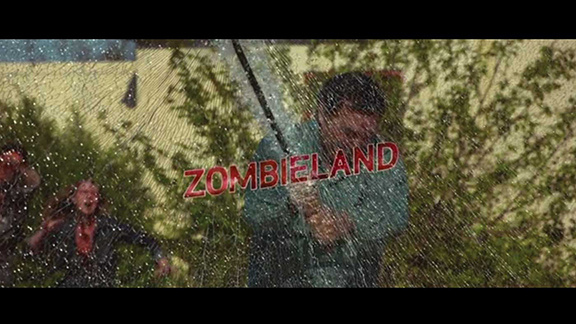 âThe Covenantâ has an amazing âhookâ sequence. The titles open the film  superimposed over the not-so-subtle background of animated graphics of newspapers, books, occult symbols, drawings and flames. Set to âMore Human Than Humanâ by Rob Zombie, the sequence does a great job at setting up a horror film about witches with supernatural powers. Before the film opened, the studio released the opening credits of the film online as a trailer. While opinions of the film vary, this opening montage sequence explains everything you need to know before watching the film. 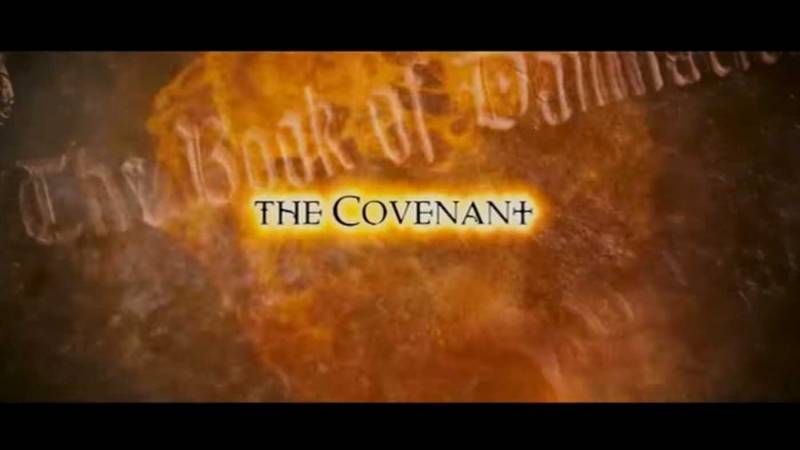 If you are making your first film or your seventh, it is important to keep in mind that your titles make one of the first statements to your audience. You want it to be memorable, but you want your titles to blend in with the rest of the movie. Your opening sequence doesnât have to be complicated to be creative or impressive. Sometimes, the perfect montage with the correct font fading in and out is all you need.

Audiences often wonder why documentary films do not have as impressive title sequences as their narrative feature counterparts. The reasons for this are two fold. Documentary films usually do not have sufficient budgets to afford a good motion graphic artist, and the simple âfade in and outâ titles works very well. The reason âfade in and outâ credits work so well for documentaries is that they tend to set a more serious atmosphere.
Despite this, some documentaries have created impressive title sequences. Documentary filmmakers should always be looking at how to make their title sequences even better because it adds a level of production value to the whole documentary. A good example of creative documentary titles is the sequence for âSign Painters.â Using time-lapse, the filmmaker shoots painters creating hand painted signs on various objects which also happen to be the opening credits. In a time when distribution has become challenging for many films, a good opening title sequence such as this can give your film an extra boost to stand out from the crowd. 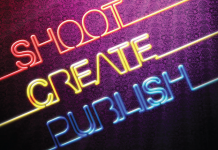