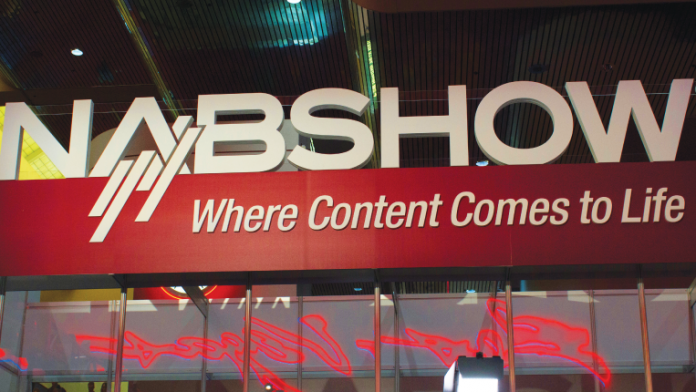 This year’s exhibit floor covered more than a million square feet, so taking it all in was a little overwhelming; however, some definite trends could be seen.

Drones are Here to Stay

The threat of government restrictions and possible fines hasn’t slowed down the interest in drones. NAB had a pavilion on the exhibit floor dedicated to these flying camera support systems. Manufacturers and retailers showed off the latest drone models and advancements in drones and related tech. Whether you were looking for a tiny indoor flyer or something to carry a huge digital cinema camera rig, it was there at NAB. Popular drone maker DJI showed off their new Phantom 3 Professional, complete with an integrated 4K camera; newcomer 3D Robotics demoed their impressive Solo drone and open source companion apps.

Drones have gotten more affordable as new manufactures continue to enter the market. There were small drones with built-in 1080p cameras on the NAB exhibit floor that retailed for less than $300; more advanced models had controlling apps and prices that started around $1,000. Given the excitement around the drones at NAB combined with the number of productions making use of them, it’s safe to say they will be around for a while.

The last few years at NAB have seen a boom in cameras with Super 35mm size image sensors; this year was no different with new cameras being shown by RED, Arri, Blackmagic, JVC and Panasonic, to name a few. Most of the new cameras supported 4K resolutions, but the size of the Super 35mm format makes it hard to get a large depth of field. An image with a shallow depth of field and soft focus backgrounds is preferred by many, it’s one element that can help build a film look to footage. However, it can cause problems with sports and event video.

A shallow depth of field makes it harder to keep the camera in focus when tracking a subject that is far away. Viewers are also used to seeing a large portion of a playing field or a stage in focus in video coverage. The 2/3-inch image sensor format, which has been the standard for years for cameras used for sports and electronic news gathering (ENG), is less than half the size of the Super 35mm image sensor. The smaller 2/3-inch sensor gives a deeper depth of field, making it easier to keep the camera in focus when shooting action and to create the type of sports and event shots viewers are used to seeing. Not only were major camera makers showing off their new 4K ENG cameras with 2/3-inch image sensors at NAB, they were also exhibiting many small camcorders with 2/3-inch or 1-inch image sensors.When will 4K replace HD?

It’s been years since RED introduced the first widely available 4K camera, the RED One, to NAB, but HD is still the dominate video format in American homes. You can shoot a video with a 4K camera that costs less than $500, edit it on a laptop with free software and upload that 4K video to a free service like YouTube. Why can’t you watch NFL games in 4K? Part of the answer to that question has to do with bandwidth. Broadcasters, as well as cable and satellite companies, have been looking for ways to distribute 4K without significantly adding to the bandwidth they currently use for HD.

In the Hitachi booth at NAB, a new video codec developed by V-Nova called Perseus was being demoed. The video compression technology used the same bandwidth for a broadcast quality 4K video as is needed for an HD video using a standard H.264 codec. The Perseus video codec is still in development, but it is expected to release within the next year or two.

You can shoot a video with a 4K camera that costs less than $500, edit it on a laptop with free software and upload that 4K video to a free service like YouTube.

There was also talk at NAB about the majority of television delivery becoming IP based due to streaming services like Netflix, Hulu and others becoming more popular. If the majority of television programming does become available online, then the conversion to 4K could happen much more quickly; it’s much cheaper to support a new video codec in an online delivery platform than to upgrade a traditional television delivery system to support 4K video.

More Effects and Animation for the Independent

The world of digital effects and animation, which was once the domain of high budget studio projects has opened up over the past few years. This year’s NAB saw a host of new software releases and updates with two of the most exciting coming from Adobe and Blackmagic Design. The announcement of Blackmagic’s Fusion 8, the compositing software used for motion graphics and effects work, has a list of new features and will run on Mac and Linux as well as PC. Adobe’s hot new release was Character Animator, which allows you to hook up a webcam and use it to motion track your face. The software will automatically apply that track to an animated character as it renders the animation in real time.

NAB plays host every year to the world’s top lens manufacturers, showing their current lines of lenses and highlighting their newest additions. One of the more popular types of high-end cinema glass getting attention this year was anamorphic lenses in both primes and zooms.

Anamorphic lenses were originally developed in the 1950s to optically squeeze the image of 35mm film horizontally as it was exposed in the camera. When the film was projected, a special lens was used to stretch the image back out to a wider view than that of a standard 35mm print. The widescreen format — around 21:9 as opposed to the 16:9 of HD — is still used today and is often referred to as cinemascope or scope.

Anamorphic lenses are not needed to produce the scope format when shooting with many of the current digital cameras. Even so, many filmmakers are drawn to the unique, film-like look that anamorphic lenses give to footage shot digitally. With the growing popularity of the format and cameras like the Panasonic GH4 now supporting anamorphic shooting, it probably won’t be long before more affordable anamorphic lenses are in production, making one of the classic Hollywood looks accessible to those without Hollywood budgets.

Virtual Reality: Is it the Next 3D?

A few years ago at NAB, there was a lot of interest in 3D, but the format never became popular for home video and that interest has since tapered off. This year, there was a lot of talk about Virtual Reality (VR) at NAB, but it’s still a long way away from being mainstream. There are no established standards for production, post or even delivery of VR content as most manufacturers of headgear use fully proprietary systems. VR workflows were scarce at NAB, a stark contrast to those shown off in the past for 3D. Without standards, a dominant platform that acts as a standard, or even workflows readily available to guide those looking to create content, the interest in VR could rapidly fade away just like that of 3D.

Motorized Stabilizers are the New Sliders

Just as camera sliders took NAB by storm a few years ago, this year saw an abundance of handheld motorized stabilizers. Some new models, like DJI’s latest version of the Ronin, the Ronin-M, which can be held from two handles for medium and high angle shots or single-handed for low angle shots, offered greater operating versatility than their predecessors.

Drones and motorized stabilizers are going to be around for a while. Chances are, 4K will eventually replace HD as the standard for video in the upcoming years, and when it does, we’ll have cameras available to produce depths of field appealing for sports and events or film. The jury may still be out on VR, but the tool set for filmmakers continues to grow.

Odin Lindblom is an award-winning filmmaker who also produces commercial and corporate video.