Thousands of attendees converged on the Pasadena Conference Center from February 3-5, 2005 for Videomaker Expo West. Between seminars led by some of the LA Basin's best independent producers and panel discussions featuring some of the industry's most influential product managers, there was time to see everything on the show floor, which included some of the following manufacturers:

Vinpower Digital showed its new Titan Pro robotic CD and DVD duplicators. The duplicators, available in 4, 6 and 8-drive configurations, can handle multiple master discs within the stack of discs. Hard drives for up to 250GB of master storage are available. The NEC- and Plextor-based duplicators are also firmware-upgradeable, allowing users the ability to burn the latest media with the best write strategy. Disc Makers also showed an array of disc duplicators, and Lite-On showed its latest optical drives and set-top DVD recorders.

New Generation Video showed the ShotMapper, a GPS interface for DV camcorders that records positioning data from a standard GPS receiver onto one audio track, and can extract the data from the recording during capture. Other exhibiting hardware manufacturers include ADS, Photoflex, Pin-Mic and K-Tek.

Canon showed its just-announced ZR and Elura families of camcorders (starting at $349, all of which are now available, each having an optical zoom of at least 18x), along with a multitude of accessories.

And if you needed an entire turnkey editing system, NLE Systems, Unitek Digital and Guy Graphics were on hand to help you find what you were looking for. 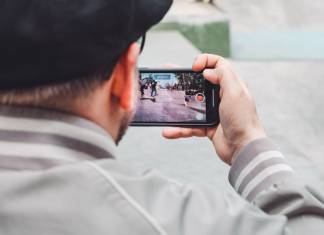