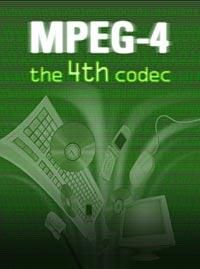 If you are at all familiar with digital video and audio technology, you’ve probably heard or read the term MPEG (emm-peg) by now. This acronym, which stands for Moving Picture Experts Group, refers to a set of standards agreed upon by an international group of top-notch audio/video technicians for creating and playing digital video and sound. The MPEG set of standards has worked its way into our everyday lives: DVD, digital satellite television, digital cable and Internet music all make use of the MPEG standards.

In this article, we’ll take a look at one of the newest and most promising of these standards: MPEG-4. We’ll examine what makes MPEG-4 so interesting and how you can expect to make use of MPEG-4 in your future video creations. By the time you’re finished with the article, we hope you’ll be as excited as we are about the possibilities that this technology presents to videographers, audio specialists and digital content creators of all stripes.

All of the members of the MPEG family of standards are codecs or CO/mpression-DEC/ompression schemes. The primary task of a codec is to reduce the size of a digital media file and thus reduce the bandwidth, or data rate, necessary to play the file. If you find this confusing, don’t worry; we’re going to break it down a bit more.

The first issue, file size, is especially important for video storage. Uncompressed video takes a huge amount of storage space, regardless of whether you’re storing it on a hard drive, DVD or digital tape. To imagine how much space is required, consider that a typical uncompressed still frame of video, at the quality most of us are used to viewing, requires just under one megabyte to store. Video in the United States typically plays at 30 frames per second. This means that your typical uncompressed video might occupy 27 megabytes per second to store. Do a little more math, and you’ll soon discover that the new 80 gigabyte hard drive that came with your computer will only store about 50 minutes of raw, uncompressed video – and that’s before you add the audio into the equation. Do one more calculation and you’ll see that a DVD disc (at 4.5GB) can hold less than three minutes. Clearly, we need some form of digital compression to reduce that file size.

The second issue is so closely related to the first that it’s really the same problem viewed from another angle. Imagine you have an uncompressed VHS-quality video file sitting on a hard drive, ready to play. In order to provide smooth playback, your hard drive would have to dump data to your computer at a sustained 27 megabytes per second (or, as an engineer would think: 216 megabits per second [27 x 8 bits/byte]). Storage systems are available that can hit these speeds, but they’re very expensive. Now consider that you want to deliver that same video to the masses, via the Internet. Whatever technology you use, the speed of that technology (bandwidth) would have to match that 27 megabytes per second, without fail.

Enter the MPEG family of codecs, which compress the file size down to a manageable level, then decompress the moving images and sound as you watch them on the fly.

MPEG-1, the first standard agreed upon by the group, is widely used for small Web video, CD-ROM video and VCDs, which were popular in Asia. It’s also the most (in)famous format for compressing songs on the Internet, swapped using file-sharing services. MP3 is not MPEG-3 and actually stands for MPEG-1, Layer 3. MPEG-1 video and audio is fairly highly compressed, but the more compression you use, the worse the image appears. It’s possible to achieve a compression ratio of 200:1 with MPEG-1, thus reducing the file size to about one megabyte per six seconds of full-sized video, but the resulting image is very difficult to watch at that point. Most MPEG videos use 50:1 or less.

MPEG-3 was originally developed for use in HDTV broadcasts, but the advances made under the MPEG-3 name were eventually incorporated into MPEG-2. For this reason, MPEG-3 is a dead codec, one that served its purpose and is now no longer a separate standard.

This brings us to MPEG-4. MPEG-4 takes advantage of the experience gained by the development of MPEG-1 and MPEG-2 and goes one step further by adding in elements such as 3D objects, interactive sprites, text, digital photos and other media types. In other words, you can watch a video program, press a button to bring up some text navigation buttons, scroll through options, make a selection to move to another scene or even make a purchase. "But I can do this already," you say. Sure, you can, however, when you do this now, the interactivity usually comes from the television or the DVD player or some other proprietary set-top box. With MPEG-4, the interactivity is embedded within the video itself. This means content creators will have total control over how that interactivity appears and plays out for the viewer, regardless of the device or medium used to play the MPEG-4 file.

This sounds interesting, doesn’t it? It’s even a little intimidating for the home videographer. But even if you never intend to bring this kind of interactivity to your videos, MPEG-4 still represents one of the most advanced codecs available for simple digital video and audio capture, storage and delivery of video content.

MPEG-4 really shines in the areas of efficiency, scalability and industry support.

So how can you make MPEG-4 work for you? Pretty simple, really. Because Apple’s QuickTime technology has already fully embraced the MPEG-4 standard, any product that currently supports the latest version of QuickTime will allow you to export your videos using MPEG-4 compression. These products include, but are not limited to, Final Cut Pro, Adobe Premiere, Discreet Cleaner and many others. Microsoft, too, has embraced MPEG-4 as a standard, and all Microsoft products (including XP’s free Movie Maker 2 software) support it via the Windows Media 9 Series technology. It’s worth noting, however, that the ISO (International Standards Organization) has chosen QuickTime as the standard for MPEG-4 delivery.

Don’t take our word for it: investigate the MPEG-4 phenomenon for yourself. Apple’s MPEG-4 pages (www.apple.com/mpeg4/) are loaded with information about how QuickTime has embraced the standard and numerous sample MPEG-4 files are available for viewing. Tech-heads will find a wealth of information at the MPEG-4 industry forum (www.mp4i1f.com). Of course, this research is only necessary if you explicitly want to watch MPEG-4 video for the sake of watching MPEG-4. The technology is so pervasive at this time that just by browsing around the Web for video, perhaps to watch the latest movie trailer, you’ll eventually run into a QT or a WMV file that uses MPEG-4.

At the time of this writing, MPEG-4 is primarily used for small, easily transportable Web videos and, unfortunately, pirating Hollywood feature films. Keep your eye on this standard, however: it’s mainly interesting not for how it’s being used today, but for how it could potentially be used in the future. Within MPEG-4 lies the ability to create a whole new generation of devices, delivery systems, educational titles, corporate training objects, games, higher-quality music files, better disc-based interactivity and higher-quality video. All it takes is for people to dream about the possibilities.