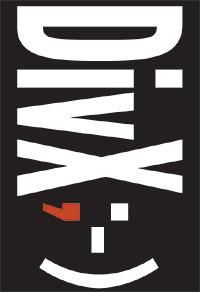 A few years back, Circuit City introduced DIVX, a DVD player that viewers used on a pay-per-view basis. This technology drew criticism and quickly faded from the scene leaving buy-out DVDs to reign supreme.

However, Jerome Rota, a French computer hacker, remembered the name, and brought it back to life as the moniker for a video codec he hacked from Microsoft software. The emoticon 😉 denotes a sideways "wink wink, nudge nudge" about

the pirated aspects of the codec. DivX;-) has gained most of its

publicity from its use as an efficient means for delivering stolen movies. However, it may be more important, in the long run, as the herald of a new family of tools for delivering high quality video quickly and cheaply through the Internet and other media. This is the family

of codecs built upon the MPEG-4 compression standard.

In a nutshell, DivX;-), and the MS-MPEG-4 code it pilfered, use MPEG-4 compression. This may take some of the mystique out of DivX;-), but it is the reason why it’s so efficient.

MPEG-4 is a standard recently set (in October 1998) for compressing media files. This standard was brought to us by the same committee of the International Standards Organization, the Motion Pictures Experts Group that set previous MPEG standards. Examples of their work are MPEG-1, chiefly used for compressing video for low resolution delivery from CDs or the Net; and more recently MPEG-1, Layer 3 (nicknamed "MP3") for compressing audio files. MPEG-2 has become the industry standard for delivering high bandwidth digital video, as through DBS satellite and DVD.

The astonishing accomplishment of the MPEG-4 specification is its ability to deliver high quality video and audio at a fraction of the bandwidth and file size of MPEG-2.

Since the setting of this specification, various companies proceeded to build codecs (compressor-decompressors) based on it. Companies like e-Vue to date have concentrated on using the spec as set by the ISO without enhancements. Microsoft itself has released a reference-standard ISO MPEG-4 video codec in Windows Media Technologies 7. However, Microsoft has also taken the lead in developing proprietary enhancements to the spec that would optimize the quality-bandwidth ratio beyond what the basic standard allows. It is a codec built on one of Microsoft’s early enhancements, MS-MPEG-4, that somehow found its way into the heart of DivX;-). Since the release of MS-MPEG-4, Microsoft continued to develop its codec, however. A Microsoft spokesperson now claims that the MPEG-4-based Windows Media Video 7 codec improves quality and efficiency 20% over the old MS-MPEG-4 codec. Rota and company themselves have apparently moved beyond their DivX;-) novelty release into writing, from the ground up, legitimate codecs based on enhancements to the MPEG-4 standard of their own, such as DivX;-) Deux. For information on the next generation of DivX;-) products, visit www.projectmayo.com.

What it Means to You

Whether you encode your video using DivX;-), or its legitimate siblings – Microsoft’s Windows Media Video 7, upcoming products from e-Vue or DivX;-) Deux, you will enjoy a greatly enhanced quality-bandwidth and file size ratio. How greatly? Depending on how you set your compression settings, you could cram as much as 80-90 minutes of good-looking video onto a standard 650 MB CD-R. Depending on the person reporting, the definition of "good-looking" is anywhere from "as good as" or "almost as good as VHS." What about delivery times? With a DSL connection, one of your viewers could download one of your 30-minute productions in 15 minutes; or he or she could watch it in real-time as it streams to the computer. (See Miramax’s preview of the movie, Guinevere online at www.sightsound.com/Media to see how well the download option works).

Can It Play in My VCR?


Just kidding. However, it is natural to ask whether a video file made with one of these encoders will play in a standard DVD player. To date, no DVD player has the ability to play the MPEG-4 codec. However, there is apparently some software floating around that could convert a DivX;-) file sitting on one’s hard drive to the video-CD format that is readable by a number of DVD players. In the not-so-distant future, one can be sure, DVD players will include someone’s (Microsoft’s? DivXNetworks? E-Vue’s? StreamMachine’s?) MPEG-4 decoder as well as (or instead of) the MPEG-2 encoders which are standard today.


If you’ve got video on a computer hard drive, all you need to for this type of high-quality download-and-play are the appropriate encoders. You can download DivX;-), Microsoft Media and other MPEG-4-based encoders free from various Web sites (see sidebar, Where to Get the Encoders).

Once your file is encoded, you’ll need a Web, ftp or streaming server from which to serve the file to your adoring audience. Check the size of your designated storage space before uploading. Though far smaller than an MPEG-2 version, your encoded full-screen, full-motion file still will be substantially larger than the same project encoded at standard streaming video settings.

Don’t try this unless you have at least a DSL connection from the computer home of your video to the Internet. Slower, the upload time will surely make you crazy.


The next few years will bring us ubiquitous high-speed connections to the Internet and powerful codecs built on MPEG-4 and later specs (MPEG-7 is on the way). Taken together, these technologies could spell the advent of a truly democratic video distribution medium. Anyone will be able to deliver, at very low cost, video productions of any length good enough for screening on TVs anywhere. Starting now.