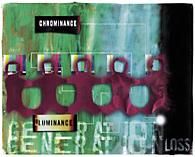 One of the most compelling claims that people make for digital video is no generation loss when you make copies. This means the 9th level copy-of-a-copy-of-a-copy is 100% as good as the 1st generation original. This claim of digital superiority is just a tad overrated, (see Digital’s Dirty Secrets sidebar); but there’s no denying that traditional analog video markedly decays from parent to child to grandchild. In the worlds of VHS and 8mm, generation loss is heartbreakingly fast.

How fast? Your critical eye can see that your second generation edit master is not quite as sharp and clean as your camera original. Even your mom can tell that the 3rd generation copy you sent her doesn’t equal what she’s used to watching on her satellite TV system. Anything 4th generation or later is irritatingly bad.

Like death and taxes, analog generation loss is universal. But it is possible to postpone or partly avoid video degeneration. We’ll show you how to protect picture quality from one tape level to the next. First, let’s take a look at why video copies degenerate in the first place.

Briefly, video quality declines from one generation to the next for three principal reasons: high frequency loss, luminance/chrominance split and noise.

In an RF (antenna jack) or composite video (yellow RCA plug) signal, the four parts of the video signal are combined; but as soon as they reach the internal circuits of a VCR, DVE/switcher, titler, or color processor, they split into separate components. On the way out again, the signal components re-merge into one. If you’ve daisy-chained a source VCR, source monitor, digital switcher, titler, color processor and record VCR, the signal may split and recombine five times or more.

The problem is that inside each editing box, the different signal components take separate internal routes from input to output. Where luminance may drive straight from New York to Los Angeles, so to speak, chrominance may go via Tallahassee, Dallas and Tombstone, arriving later in LA because of its longer journey. So when luminance and chrominance reunite at the exit point, they’re no longer in perfect sync.

Each time the split/merge sequence repeats, the discrepancy increases. That’s what accounts for the smeared and mis-registered colors that make fourth generation and lower dupe tapes look like badly printed newspaper photos.

Noise Signal noise shows up as the speckles, graininess and blahed-out color of multi-generation copies. Just as anything in your garden that you didn’t plant is a weed, anything in a waveform that isn’t signal (information) is noise. Every recording contains some noise and every copy adds more of it, so that a sixth-generation dupe has six times as many electronic weeds as the original. (Noise got its odd name from the audio world, where you can actually hear the non-signal parts of a recording as noises.)

Okay, so high frequency loss, signal splitting and noise cause your videos to degenerate as you duplicate them in the editing process. What can you do about these problems? Nothing dramatic, alas, but you can minimize generation loss by systematically optimizing every part of your video recording process, beginning with the quality of your original camera tapes.

The better the original, the slower the generation loss, so here are four strategies for creating primo-quality camera tapes:

With the quality of your source tapes optimized, look next at the edit master you’ll assemble from them.

Keep it Simple (but Classy)

If image decay is caused by noise, high frequency loss, and signal split, you can minimize two out of three of these gremlins by the way you cable your editing components together.

First, use the shortest, fattest, best quality cables you can get. Three-foot cables are ideal. That’s because high frequency signal loss is increased by electrical resistance. The longer the distance a signal must travel and the narrower its copper highway, the more resistance there is to its flow.

Quality jacks and plugs are equally important. Even with the best connectors, you should check them frequently and clean the actual connecting surfaces with solutions obtainable from electronics supply houses.

To combat split signal loss, use two strategies. First, cable all video components with S-video lines. S-video ports accept the separate luminance and chrominance signals and ship them that way to the next piece of hardware, which continues to process them. If every cable from source deck through processing boxes to record deck is S-video, your editing setup will never split, combine and re-split the video signals and you won’t see as much color shifting and smearing.

Even with S-video connectors, analog editing still involves multiple processing steps as your source deck, titler, special effects generator and record deck operate on the video signal. Each of these operations subtly degrades signal quality and collectively, several processors can make a big difference, even with S-video connections between them.

You can’t get rid of source and record decks, of course, but you can yank the other boxes out of the loop when they’re not needed. Don’t leave your titler between source deck and switcher when you’re not titling. If you’re really finicky, take that switcher out as well until you need a scene transition.

Incidentally, you can obtain signal routing switchers to do the job without swapping cables, but unless they’re high quality, their own jacks and internal switches may degrade the signal as badly as the boxes they’re switching out of the signal path.

One last hint: many monitors have both inputs and outputs, so it’s tempting to cable from the source deck to the monitor and then out again. Don’t. Instead, use a second set of VCR outputs or an RF connector that dead-ends at the monitor, while sending the working signal through another output directly to the next editing component. Remember, image quality is not a priority for source monitors. You only need to check quality on the record monitor, and you can cable it from the record deck without degrading image quality because it’s downstream of the recording process.

But no matter how hard you work to limit quality loss from one generation to the next, you’ll never eliminate it completely. The obvious strategy, then, is to require as few generations as possible between camera original and release tape.

At the front end of the editing process, use only first-generation camera originals. If you employ A/B-roll editing, you may need to make a duplicate tape to use as a B-roll if you didn’t plan ahead and shoot a separate B-roll tape. But if you do so, use the second-generation roll only for the incoming shots of A/B transitions; then revert to A roll exclusively for straight-cut edits.

Next, limit yourself to three generations if you possibly can: camera original, edited program master and release tape(s). Even with plain vanilla VHS originals, you can usually achieve acceptable quality in a third generation dupe.

If you frequently need to make several release tapes, consider investing in at least one additional VCR. Acceptably good copy decks are now available for under $150. Setup is easy if your VCR has multiple outputs. If not, an inexpensive distribution amplifier will let you feed two or more copy decks from a single source.

And for even better quality, consider multiple second generation copies. Making automated clones of your edit master is easy if you have an edit controller that can remember every shot and transition and build a duplicate second generation tape unattended.

If you need just a small number of final copies–say two or three–the extra effort involved in making duplicate masters may be worth it.

It’s Worth the Effort

So you’ve invested big in a high-quality camcorder and used only first-generation shots recorded on quality tape. You’ve connected your editing gear with cables three feet long and about an inch thick. Those cables link S-video output and input ports. You’ve taken all unnecessary boxes out of the loop. At the assembly end, you’ve confined yourself to second-generation tapes, re-laying the entire show to produce each release tape.

So, is all this hassle worth it? Will we actually see enough reduction of generation loss to justify all the effort? You betcha. While no single stratagem will make a decisive improvement, the cumulative effect of good editing practices will be obvious.

And if you care to do only the minimum to control quality, at least limit the number of tape generations. If you need further convincing, try this: copy a shot of a colorful floral arrangement, then copy the copy, copy that, and copy that again. By the fourth generation, you’ll see dramatic quality loss, and somewhere around the seventh, your subject will threaten to disappear into a sea of fuzzy edges and video noise. You can see our format comparison on page 87.

If that doesn’t convince you, nothing will.