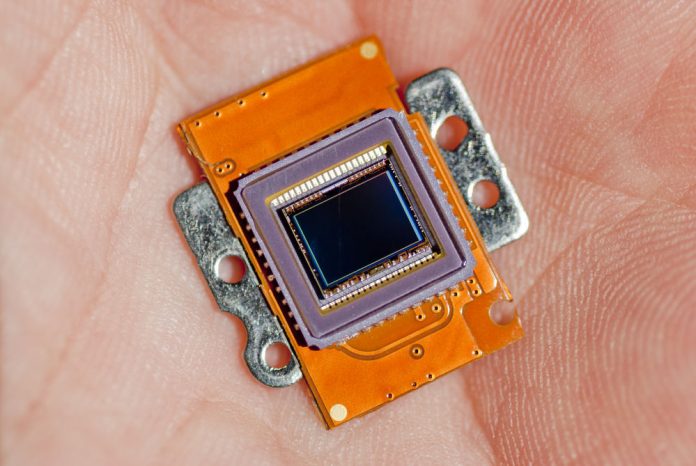 In many cases, bigger is better.

A taller ladder helps to reach a higher branch. Larger motors help to win races. Bigger helicopters make for cooler entrances at flashy rooftop parties. You know how it goes. But in the world of cameras and their sensors, is bigger, better? In a word, yes. Let’s find out why.

We’ve all probably had at least one of our video-tuned eyes trained on upcoming 4K cameras and televisions, as many production companies and enthusiasts consider the inevitable leap. New cameras, software, workflow, and expenses, mean constantly learning to make informed decisions and to utilize the new technology.

For instance, the introduction of the $4,000 Blackmagic Production Camera 4K made truly high performance 4K video accessible to smaller studios, enthusiasts as well as to budget-minded professionals. OK, well, it’s not exactly cheap, but when compared with the incredible RED EPIC-M DRAGON announced at the same show, $29,000 for a brain alone, likely north of $50k when fully decked out. The Blackmagic Design camera is a breakthrough device for many of us. But wait a second. That new GoPro HERO3: Black Edition camera we reviewed can shoot 4K as well. Maybe not at the same frame rate as the Blackmagic Production Camera 4K or a RED EPIC, but the frame size is the same. It’s still 4K. What gives?

Well, a few things, but basically in each of these devices there is an image sensor capable of capturing pictures 3840×2160 pixels or better in resolution. While the sensors are performing the same function at the same resolution for these different cameras, their sensors, as well as an array of supporting hardware and software, are vastly different.

Getting a Sense of How Things Work

To get a better idea of what makes a bigger image sensor better – or not better, we will take a step back to look at what an image sensor is and what it does.

To put it simply, an image sensor is to a digital camera what film is to an analog camera. The principles behind taking photos, and therefore shooting video, have not changed that dramatically. Only the technology used to get the job done has.

In digital photography a lens allows light to pass through to create the image of a scene, but instead of this light hitting a piece of film to later be chemically processed, an image sensor takes that light and converts it to a digital format which the camera can wrangle into a photo.

How that process works varies slightly by sensor type and the camera’s computing bits, but put simply the sensor’s job is to take the light or photons that reach it and convert that light information into an image file containing data on color, tone, shadow and highlight. The light data contained in this file tells a story of brightness and color for each pixel within the image. When interpreted by signal processors and other fancy doohickeys in the camera, these pixels are combined in order to create a digital image.

An image sensor takes light and converts it to a digital format which the camera can wrangle into a photo.

All of this will make sense the more we look at sensor types and how their size relates to image quality.

Sensors in cameras, both still and video, come in a variety of sizes. Some popular sizes are Super 35 (Sony NEX-FS100), Full-frame (Canon EOS 5D Mark III, Nikon D800), APS-C (Canon EOS Rebel T5i, Nikon D7100), and Micro Four Thirds. Image sensors get smaller for compacts and high-end point and shoots, and smaller again for smartphones and other small cameras. So what makes a bigger sensor better?

What this means to us is that each pixel is able to capture more light information, meaning better color depth for precision of color captured, greater dynamic range or amount of light intensity, meaning better and more accurate definition in light and dark areas of an image, and a much cleaner image. When talking about low light performance in cameras, it is the sensor that makes good performance possible.

That extra light captured by pixels on an image sensor with more surface area translates to better performance in low light scenarios and less digital noise.

This brings up an interesting subject: the signal to noise ratio of a sensor. We’ve all seen digital noise in video, a grainy look when the gain or ISO setting on our camera is cranked up to show more of an image in a low light scenario.

Bringing in the Crops

With all of these different size sensors, it is important to consider crop factor when looking at cameras. Crop factor refers to the field of view for an image when comparing smaller sensors against a full frame sensor. To spell it out, a standard APS-C sensor is 24x16mm in size and has a smaller field of view than the larger 36x24mm sensor of a full-frame camera.

The actual calculation to figure out crop factor relates to the surface area of the sensor. Simply compare the diagonal size of a full-frame 35mm sensor to the diagonal size of another image sensor. For example, the APS-C image sensor found in a Canon EOS 60D is 22.3×14.9mm, whereas the full-frame image sensor in an EOS 5D Mark III is 36x24mm, or approximately 1.6 times the surface area of the 60D’s sensor. Therefore, the 60D sensor has a crop factor of around 1.6.

Much of this effect is caused by longer focal length of a shot. While this may not seem to relate to image sensor size, since a smaller sensor has a greater crop factor, the focal length of a given shot must be much shorter to achieve the same look as with a larger sensor. While two cameras with different sensors and the same lens will achieve the same depth of field at the same distance from their subject, the effective focal length for the smaller sensor is greater, showing less of the subject. This forces the operator to move the camera further away from the subject to attain the same field of view. Moving further from our subject increases the depth of field, meaning the smaller the sensor, the more difficult it can be to achieve that shallow depth of field look.

Moving further from our subject increases the depth of field, meaning the smaller the sensor, the more difficult it can be to achieve that shallow depth of field look.

Additionally, these smaller image sensors have allowed for smaller, lighter and less expensive cameras, but the crop factor involved makes it difficult to take advantage of truly wide-angle lenses.

Anybody who has browsed the camera department of a big box store has seen consumer devices splashed with technical terms boasting “Full HD,” “3CCD”, and “Progressive 3MOS.” We know what HD means, but what in tarnation do CCD and CMOS mean?

CCD stands for charged-coupled device, a sensor technology developed for use in video phones by Bell Labs back in the late 60s, while CMOS stands for complementary metal-oxide-semiconductor, a technology originating from around the same time as the CCD.

While there are relative advantages to one versus the other type of sensor, both do the same thing in a different way, turn light into electrons. CCDs transport the light information or charge across the chip and convert it to a digital value, and CMOS sensors use multiple transistors for each pixel to transmit the light charge.

Since their inception, both types of sensor technologies have landed in a wide range of cameras, but CMOS sensors seem to be increasing in popularity. The RED EPIC’s new DRAGON sensor is actually a 19.4 megapixel CMOS sensor capable of shooting up to 6k. Hollywood’s darling, the ARRI ALEXA, has a custom 35mm sensor. The Blackmagic Production Camera 4K uses a Super 35 sensor, which is a bit smaller than full-frame to capture 4k with a minimal crop factor. And finally, our little friend the GoPro HERO3: Black Edition uses a 1/2.3-inch CMOS sensor capable of 3840×2160 pixels.

Shopping for cameras doesn’t have to be based on how large an image it generates, what the next type of television set is going to be or which director prefers one style of shooting versus another. We all develop our own preferences, workflows and ideals, which give us each a totally individual style in how we create our content. But to make decisions on products to bolster our business, art or hobby we should know what we’re looking at and how it will affect our creative process.

Sensor size plays a very important role in how a camera delivers images and factors such as sheer size, pixel density, crop factor, and signal to noise ratio should be part of the consideration when looking at a camera’s larger picture (see, I did it again).

We don’t comparison shop Ford Mustangs without learning how the 6-cylinder engine compares to the big 8-cylinder engine. The six is lighter, cheaper, and more economical, but the 8 is more powerful and allows the whole car to perform better. That difference is the same type of ratio we must look at with cameras and their respective sensors.

Price, reviews, brand, warranty, and features all play a part in the decision to choose a camera, but sensor size will ultimately determine many of the most important factors in this decision: image quality.