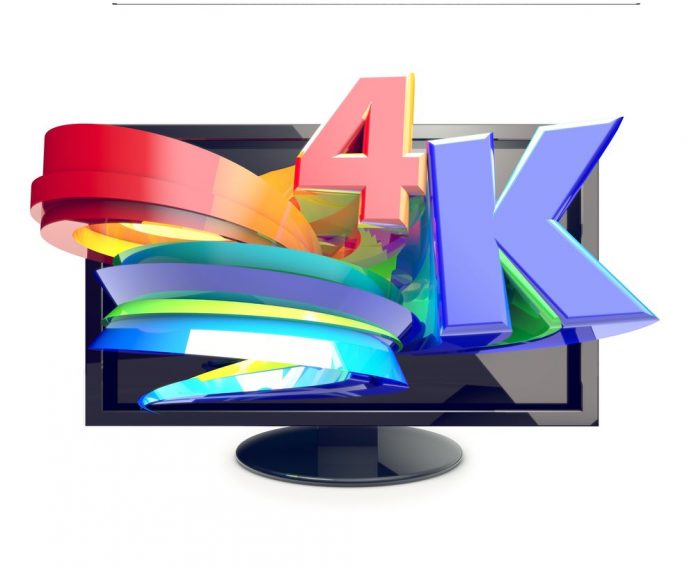 There’s no doubt that Ultra HD 4K video production technology is exciting, intriguing and enticing. As more and more manufacturers market 4K video cameras, and prices continue to fall, now dipping below $2,000, ultra-high resolution recording is no longer limited to top-tier professionals. The technology will soon be within the reach of all video producers; even high-end hobbyists.

Is 4K production cool? Yes. Is it sexy? Absolutely. But is 4K video production necessary? Does every producer need to race onto the 4K bandwagon? Maybe not. While everyone agrees that 4K video production is something all producers can celebrate and admire, and something to keep a close eye on as technology continues to improve, there are several things to consider before breaking the bank to buy into it just yet. Here are five reasons you don’t need 4K today.

Every video producer knows that video eats up hard drive space. Fast. Even 1920×1080 footage eats up 1TB drives faster than a football team at a pizza buffet. While 4K footage is beautiful, all those pixels, and all that additional data, take up a whole lot of space. The raw files are massive and the cost of hard drive space to meet the demands of an Ultra HD 4K video production can balloon very quickly. Anyone planning to delve into the 4K arena needs to be prepared to incur more than just the cost of the camera, but also the ancillary cost of short-term and long-term storage. How much space might one need? Consider this: One hour of standard definition DV footage requires approximately 12.7GB of storage; approximately 217MB per minute. By comparison, one hour of RAW 4K content requires close to 110GB of storage; approximately 2GB per minute. The good news is that storage space does continue to get cheaper, however, the cost of storing massive 4K files is a very real factor that producers need to consider.

In order to edit footage effectively, video editors need to be able to access and play back content without delay. Big files move slowly and quickly bog down the creative process. Moving media around and playing back edits without waiting takes processor power and bandwidth that standard HD systems are not equipped to handle. Even editing uncompressed 1920×1080 footage can tax many machines once the user adds a few layers of color correction and effects filters. For many video producers, editing 4K footage will require a major system upgrade. In addition to the need for increased hard drive storage capacity, editors may also be looking at costly upgrades for processor performance and software compatibility. Because of the file sizes, many 4K editors edit using lower resolution proxy files, but even this stacks on additional post-production time. The time needed to work with 4K video in post is something that anyone who needs to work fast, may not have the time to deal with. For many producers, edits take long enough already. Before adding the hard cost of system upgrades and the soft costs associated with extended post-production time, editors need to give serious consideration to whether their return on investment will be justifiable.

While 4K video production is something all producers can celebrate, there are several things to consider before breaking the bank to buy into it just yet.

3. Ultra HD Detail is a Blessing and a Curse

For years, low resolution formats have covered a lot of cinematic sins. As cameras capture images in greater resolution, producers need to become increasingly attentive to even the smallest details. They say that the devil is in the details, and when it comes to 4K content, there is no place for imperfections to hide. While 4K may be fantastic for shooting scenic shots, it can be a particularly unforgiving format for shooting people. When television broadcasters made the switch to HD distribution a few years ago, viewers suddenly became aware of things like the makeup on the actors’ faces, and producers had to adjust their practices to make their performers look natural, not made-up. At 3840×2160, 4K is four times the resolution of 1920×1080 HD (twice as wide, and twice as high), so every speck of lint, and every loose thread, out of place hair or over-sized blemish will be more obvious than ever. Just imagine the hyper-clarity of every freckle, wrinkle and tuft of ear hair. Flaws in facial features aren’t the only ones that will be amplified. 4K shooters will also need to be very aware of their focus, and follow it with critical precision. Anything unintentionally soft will be glaringly soft. 4K footage is super clear, and this is both a blessing and a curse. Shooting 4K will require producers to operate with an increased attention to detail.

In order for viewers to appreciate 4K movies, they need to have 4K playback and display hardware in their home. As of early 2014, there is almost nothing on the market that allows consumers to catalog, play and view 4K content. While 4K television sets are making their way into the market, there is no such thing as a 4K DVD or a 4K TV broadcast. Vimeo currently limits resolution to 1920×1080. While there are now some Blu-ray players that upscale Blu-ray content for improved resolution on a 4K television, they do not play true 4K content. Because there are limited mediums for distributing 4K to the home, a limited catalog of 4K movies for people to buy and bring home, and virtually no consumer device for playing 4K content, most people will not be able to fully appreciate footage produced in 4K. They simply cannot view it.

Digital content distributors like Netflix and Hulu may soon be pushing 4K movies and TV shows to the home, and as Internet bandwidth continues to improve, online media distribution hubs like Vimeo may one day allow content creators to post and share 4K content online, but in the short term, the bandwidth to stream 4K content is not adequate. Right now, the only practical way an independent producer can deliver 4K content to a client is on a hard drive. From a practical point of view, until a means of 4K content delivery is installed in the living room, 4K will function primarily as an acquisition format. The question producers need to ask is whether footage shot at 4K, then delivered at 1920×1080 (or less), is noticeably better to the eye of the average customer.

Home theater experts say that the viewability of ultra-high resolution footage depends entirely on screen size and viewing distance. Calculations show that on a seven-foot screen, 4K resolution isn’t apparent unless the viewer watches at a distance of 5.5 feet or closer to the screen. Sony backs up this data in an Amazon.com FAQ for their 6XBR-55X900A 4K Ultra HD TV, saying that, “… between 5 and 6 feet is the ideal viewing distance for a 55” or 65” Sony 4K Ultra HD TV.” The implication is that at a distance of 10 feet or more, any benefits of 4K will not be perceived by the viewer. Ultimately, for all the cost, time and effort of adapting a 4K workflow, most viewers will not be able to see enough difference to justify the producer’s outlay.

Buying a 4K camera and switching to a 4K workflow will not in and of itself make your work better, and it will certainly not make you a more effective or successful producer. For many people, newer and better technology can become a blockade to creativity. This argument is certainly not specific to 4K video production, but there is truth to this notion that better tools do not equal better work, and we must always take that fact into consideration as we are confronted with each new technological breakthrough that, either overtly or covertly, promises to miraculously make our work more professional.

Making great media is about far more than increased resolution and clarity. Even in the age of 4K, content will still reign as king. Masterful use of lighting, composition and edit sequencing will always trump pure, straight resolution. Merely owning better tools does not magically make anyone a better visual communicator. Consider the analogy of two people who set out to build houses. One is a skilled builder; a master carpenter, but will only use common hand tools. The other is an inexperienced tinkerer who will have all of the newest and best laser-guided, air-powered, and diamond-bladed tools available. Which builder would construct a better home? Clearly, the skilled carpenter with the simple tools. In this scenario it is easy to see that the quality of the job has more to do with the knowledge and experience of the builder than the type of tools being used. Might that master builder be limited by working with lesser tools? Probably. But the limitations would more than likely lead to innovations. The real magic happens when those high-end professional tools are placed in the hands of the one who is already a skilled master builder. For anyone else, those tools would be overkill.

Should you skip it for now?

For many (arguably, most) videographers, 4K video production is not a necessity today. It is costly, clunky, exposes detail that they would prefer to keep concealed, and there’s no good way for anyone to distribute a 4K product to a viewing audience. While the technology is an exciting innovation, and our future productions may one day be captured, edited and distributed in 4K (or better), 4K production is not ready for the everyday use of the masses just yet. For now, one may do best to keep a watchful eye on the technology, and work hard at mastering the art of video production so as to be well poised to make the most of 4K some day.

A 4K camera is a must-have for shooting elements for visual special effects. The additional resolution is fully utilized in green screen shoots and compositing work, even if the footage is edited at 1920×1080. The additional resolution lets the effects artist crop, position and scale elements with great flexibility, and the increased clarity delivers movie-caliber elements. For most other work being done today, 4K video production is overkill. There is no infrastructure in place for distribution and playback of 4K movies on a digital television in a home theater. Blu-ray cannot handle 4K movies, and online hosts like Vimeo have resolution restrictions.

Chuck Peters is a 3-time Emmy Award winning writer and producer. He is an independent producer and media consultant.