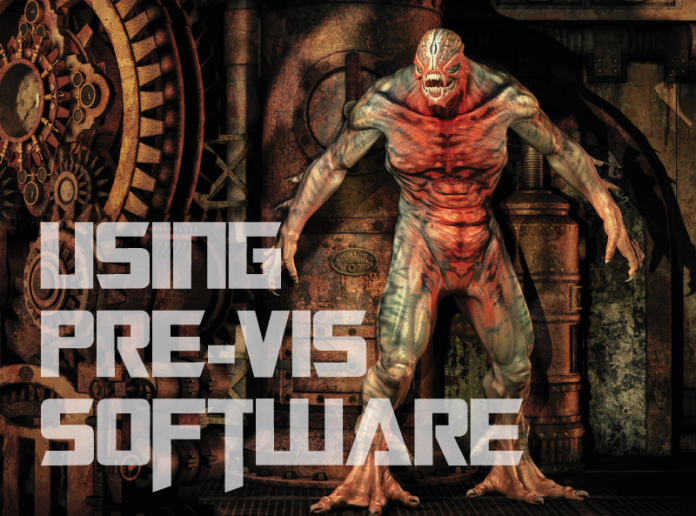 A helicopter flies in with a number of military personal on it. It lands and they file out surrounding a small boy playing jacks on the sidewalk. The boy’s ball bounces off the foot of a soldier and stops. The boy looks up and is eye to eye with guns. He slowly rises looking confused. The soldiers step back and retrain their guns on the boy. The boy’s hand grabs up the nearest gun and melts the barrel.

A loud crack rumbles the ground and the boy starts glowing. The trees bend away from the circle of soldiers. The boy lets out an alien yell, his skin begins to bubble and distort. It peels away as he grows bigger and bigger. The soldiers look nervously at each other, awaiting orders. “FIRE!!” screams the commanding officer.

Bullets fly at the growing monster in front of them, green ooze seeps from the holes they make. The monster is furious and sweeps its massive limbs around smashing the soldiers into the ground. The helicopter, now in trouble, takes flight and opens fire on the monster. In one motion the monster leaps up, grabs the chopper, flips over and launches it into the hills. The dust settles. With heavy breaths the boy shrinks back down to normal. With a playful grin he goes back to playing jacks.

That seems like quite a visual effects nightmare to create. You have the helicopter, the whole background, houses and city, not to mention the boy. You have the bubbling skin, the melting gun, subjects glowing and people growing. In this article we’ll be breaking down previsualization or pre-vis, what it is, why it is important and how we use it effectively. So sit back and silence your cell phones because the article is starting.

When Hollywood wants the next big thing they turn to a group of writers who either create or “borrow” new content for the blockbuster tent-pole movies. As they write, they don’t think about the shots, VFX, or who will be starring. The writing finishes and moves to the storyboarding where the director works with artists to put the writer’s vision in picture form. This next step is where pre-vis comes into play. There are three  types of pre-vis depending on the studio and the time you have to put toward the project. The first one is mainly used by animation studios and is called an animatic. An animatic is basically a moving story board or a motion comic. A really good example of this is from Pixar’s The Incredibles. In an interview Pixar used the animatic for Toy Story 3 to show Tom Hanks as a pitch to secure him for the role of Woody again. He said this about Animatics,

“An animatic is a process where every voice and every sound effect is added to rough animated drawings and it lasts exactly as long as the final movie. So you actually get to go into a screening room with the rest of the cast and you get to see it all at the same time.”

As you can see our example also has the next version of pre-vis, 3D rough blocking.

Rough blocking is when you take the 3D models and roughly put them in the scene with quick simple animation. Another example of that can be found here. This is a more involved example because there are so many moving parts in the machine that puts on the Iron Man suit but this gives the director a chance to see what it would look like. The last type of pre-vis is motion capture where actors wear a suit of either lights or markers connected to a digital character and if the actor moves, the character moves. An example of that can be found here. After the pre-vis is made and approved by the director, and others, it moves to the VFX, modeling and animation departments where the pre-vis gets a facelift (with better textures, clean animation and lighting) and becomes real.

Looking at the different pre-vis types you are probably thinking, “wow, I can’t do any of these.” You are in luck, some of these are actually very simple to do. In this section we’ll tell you how to accomplish variations of the animatic and the 3D rough blocking types of pre-vis. Since you need too much high-end expensive stuff to complete the mocap type of pre-vis it’s probably best to leave that to the major studios.

For this you will need access to drawing and video editing software and the ability to keyframe in the editing software. Again, an animatic has moving pictures set to the rough/scratch track of the movie. The rough/scratch track is basic mood music, with some VFX sounds on it and rough voices. This isn’t the actual sound track or the actual actor’s voices. The rough voice track are the production people who kind of sound like the character on the screen. In some cases Pixar actually kept some of the voices in the scratch because no one else can compare to the odd voices of the production people.

Pixar used animatics to pitch 'TOY STORY 3' to Tom Hanks in hopes of securing him for the role of Woody again.

First you need to gather the storyboards, or draw them yourself, in the drawing software. Now you have to break up the background from the foreground because we are essentially going to make paper puppets that we can move. Save each individual piece as a .jpg and bring them into a new sequence in the editing software. Bring the background down to the lowest layer in the sequence, so it will stay in the back. Then bring the other pieces down and set them in the starting position of your scene. Be sure you turn on keyframing for this object. Now down on the timeline, drag your playhead to the end of the shot (shot: any time a camera angle changes it is considered a shot). Go back up to the viewer window, click and drag to move the object to where it should be at the end of the shot. Repeat with the other objects in the scene and now you have a moving shot. Do this with all the shots you need and you now have an animatic.

This section we’ll be describing the 3D rough blocking in Maya 2012, though any 3D software has the capability to do this. Let’s use our example from the beginning of the article and make simple shapes to model each item we need. You could also go hunting online for free models on turbosquid.com, creativecrash.com or archive3d.net if your modeling skills aren’t up to par. Gather all your assets for your shot, bring them into your program and start setting up your scene. Scale the models if you need to, to make everything the approximate size to each other. Now we are going to add movement to the scene, select the model you want to move and keyframe it. Now you should keyframe the movement on all the characters and objects that move in the shot that move by scrubbing and keying as you move down the timeline. Next you are going to make a camera. Navigate to the create tab>then to cameras>then  camera. Be sure you are looking through it, and can move the camera around using the same controls as navigating in the 3D space. You can keyframe the camera the same way you would the objects in order to add motion to the camera.

Remember “the best camera is a static camera” or “just because you can move the camera doesn’t mean you should.” The camera settings can be tweaked in the attribute editor; this is where you can play with the focal length, aperture, clipping planes, depth of field and many other options. Now combine all the elements and you have a 3D rough blocking pre-vis. If you need any help you can check out these links for some step-by-step instructions.

Pre-vis is probably the single most important item in the steps to create VFX. It brings to light any issues that might happen while filming along with how to figure them out. An example would be if you have a crane shot swooping from above a house to a kid on the sidewalk you can figure out how high of a crane you need and where everything needs to be so that no extra elements end up in the shot or so you can see where the actors and extras should be starting and ending. Another big thing about pre-vis is the immense experimentation that you can do with it especially the mocap and 3D model types. When everything is set in the scene and there are movements on the models and characters you can now move the camera anywhere your heart desires. After playing with position you can also experiment with the focal length of the camera to help you find out what lenses you need for the shoot.

As you can see pre-vis really helps plan out what you are going to shoot and what you need on the day of shooting. It also helps you plan out any VFX work that you need to worry about, such as where the helicopter will be located, and how the soldiers should react to what is happening. Pre-vis is something you should really add to your planning stages so you can be sure that everyone involved in the production will help make your vision come to light.