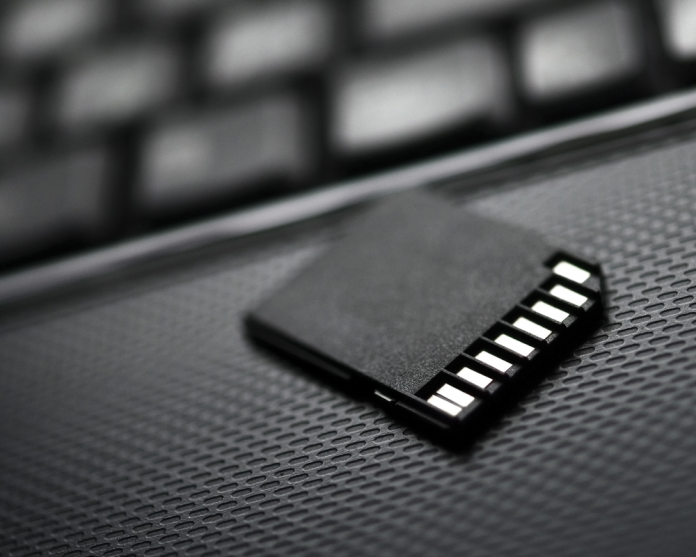 Secure Digital Cards
One of the more common forms of blank media available today are the SD card family. The SD family is a bit complicated because it includes different physical sizes, speeds and capacities. These include the SD, miniSD and microSD. Although functionally similar, the main difference is the physical size of each. The standard SD card slot is found in many of today’s camcorders. These include the popular Canon EOS Rebel T4i with its preceding, T3i and T2i. The miniSD format is found in many of the pocket sized point-and-shoot cameras, and microSD cards are typically found in action cameras and smartphones. As we stated earlier, functionally they are the same, so there are adapters that allow a miniSD and microSD to be used in the larger SD format slots.
Now we are going to take it one step further. In each of the formats – SD, miniSD and microSD – there are capacity specifications that are important if you want to maximize your camcorder’s shooting potential. When the cards were first introduced to the market place there was just SD (including all three sizes). SD was limited to 2GB and less. In the years since, capacity has increased and the SDHC (SD High Capacity) format was released. The SDHC format includes sizes from 2GB to 32GB. This allowed videographers to shoot longer between card changes.
The table below displays approximate capacity to minute ratios.
Most recently, a newer format has emerged. SDXC (SD Extended Capacity). This format covers SD cards with capacities from 64GB to 2TB. While older digital camcorders can use the cards, most will not recognize the higher capacity. Therefore unless your camcorder was made to support it, there is no real advantage to purchasing one of these cards.
Now that you have an idea of what format and capacity you’ll need for your digital camcorder, let’s take a look at card speed. This is a very important consideration because having a card that is too slow can cause cameras to over-heat, among other problems.
To make it easy to differentiate, manufacturers have created a labeling system that gives a speed rating that can be identified. Each SD, miniSD and microSD card will have one of the following labels on them:
Using the chart below, in addition to your digital camcorder manual, you can find which speed will perform best in your camera.
Advertisement


CF Cards
The CompactFlash card format is another widely popular blank media option for today’s cameras. This format can be found in many popular cameras including the Canon EOS 5D Mark II and Canon EOS 7D, and is used in even higher end cameras such as the RED cinema camera. (*NOTE: The new EOS 5D Mark III has a slot for both CF and SD cards but the SD slot is a standard bus size and doesn’t support the faster rated SD cards.) The CF card is much easier to understand than the SD cards, in that with very few exceptions, it only has one physical size.
The speed of CF cards as a whole is faster than SD cards. You’ll notice that CF cards have speed ratings that are followed by an “X.” Without getting into too much technical jargon, the X stands for the data transfer speed of compact disc players – approximately 150 KB/second. So the number on the card becomes a multiplier of that data rate. For example, 100x CF card transfers at 15000 KB/second or 15 MB/second. Again check your camera’s specifications to ensure that it takes advantage of the faster transfer speeds so that you’re not over buying.
In 2011, the governing body of CF card specifications – The CF Card Association, announced the XQD card format. This card is a new format that will likely become the standard in the years to come. It is faster than both SD and CF formats and it will not be backward compatible to either format. To date, only a few cameras have adopted the format. The first being the Nikon D4.
P2 Cards
The P2 Card format is a Panasonic proprietary card. This card is used in many of the prosumer and professional Panasonic cameras including the hugely popular AG-HVX200 digital camcorder. The P2 cards are physically larger than each of the previous mentioned blank media. They are closely related to the SD format because a P2 card is actually four SD cards inserted into an enclosure. The enclosure itself has controls inside that force the separate cards to function as one media card. In comparison to the previous cards the P2 card has a transfer rate of about 1.2Gb/s.
SxS Cards
The SxS format is a card used primarily by the Sony corporation in their XDCAM line of digital camcorders. The SxS format is a newer format than P2, SD or CF cards. The transfer rate of the SxS cards is about 1.2Gb/s.
Now that you have a better understanding of blank media for digital camcorders, you can make an informed decision when choosing which format to use in your camera or other electronic device. As always, be sure to check your user manual to ensure that you are choosing correctly.
Steve Everson has a Master’s in Motion Picture and Television Producing and works as a freelance producer.