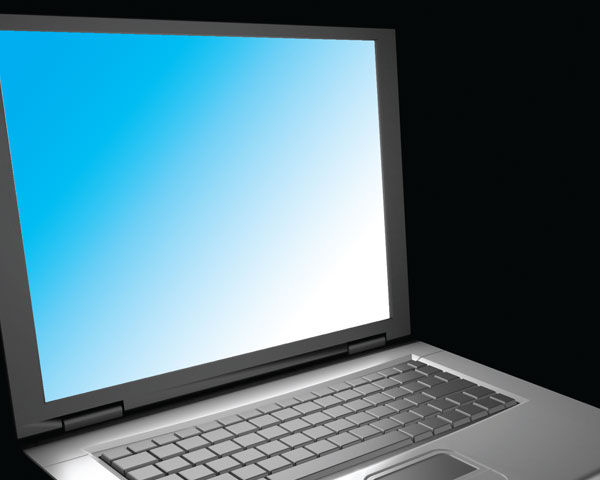 For video and film post-production, things were pretty stagnant for decades. In video you edited linearly, tape-to-tape from one deck to another. In film, you cut pieces of celluloid and taped them together to create edits. Currently, most editors have to upgrade their hardware and software on average every three years just to stay in the game. With high definition and the expanding number of codecs and standards, upgrading is now simply a part of life in post-production and effects video editing.

Since the millennium, people saw the writing on the wall about changing from the reliable, standard definition formats to HD. The problem for most of us came in the form of proprietary hardware and codecs (compressor-decompressor). When Panasonic went with its own 1280×720 DVCPRO HD format versus Sony’s high-end 1920×1080 HDCAM, and the prosumer level went to HDV, people were suddenly inundated with choices – many thousands of dollars in choices that may not be deliverable to clients or anywhere else.

In the years since, the NLE (Non-Linear Editing) software for video editing has compensated by accommodating all options, as well as a lot of Web delivery systems being better able to take in a variety of formats. The standardization is now in the delivery formats. So we can now edit natively and deliver our content in a more common format. This makes the choice of video creation software your most criti cal spending decision.

The big three programs, Apple’s Final Cut Pro, Avid’s Media Composer and Adobe’s Premiere Pro, as well as software like Sony Vegas Pro are very versatile programs in that they can edit footage from nearly any camera and deliver in all of the common formats. Prices range from $300 to $2,500 for the software, but this is the best money spent. As much flak as Final Cut Pro X has generated, with the latest updates, several professional features have been added back in.

One of the keys to upgrading software and defining its necessity is compatibility. As hardware for the computer or your cameras change, software changes accordingly. Adobe, Apple and Avid all release updates to coincide with the latest camera models. This has become especially prevalent with the advent of tapeless cameras. Each camera has its own codec, some with varying bitrates. As cameras evolve, so must our software and hardware.

Adobe has started a monthly leasing option for a license of its software because the trends are changing so fast and updates are more frequent. For some people this might be the most cost-effective option, but for power users, the traditional purchase might be better. New terms of service agreements are even now stating that if you do not upgrade, you might lose the license to use the software anyway.

Since cameras have moved away from tape-based recording, the benefits of post-production are evident, but the danger still remains for loss of footage. Cameras that shoot data-only require that data to be archived or once it is deleted it is gone forever. Tapes don’t hog up space on a hard drive and a Mini DV tape takes up very little physical space on a shelf so it’s easy to save the entire raw footage from a shoot. As much as digitizing may have been a real time hassle, the long term benefits should not be overlooked.

In today’s world, there are a few ways of archiving raw footage from tapeless formats. There are hard drives, but the danger there is that over time, they have a tendency to fail, and you are utilizing a lot of hard drive space for footage you might not ever use. I have found that optical discs are the most cost effective method for archiving. A portable Blu-ray burner with low-cost 25GB discs keeps all my projects safely stored. Discs have a shelf life of more than 20 years. And if security is the issue, data tape may be slow, but it’s still largely considered to be a safe method of archiving projects with a highly reliable record of recovery.

In the analog days, rarely would a broadcast station accept consumer video submissions due to the level of the VHS or similar format not being considered what they termed “broadcast quality.” Unless it was an amazing, exclusive shot, of something like Elvis being abducted by Martians, or, more realistically a raging tornado wiping out a neighborhood – and they really wanted it – they’d turn your offer down.

When digital consumer footage hit the streets, the broadcast stations continued to use this excuse, but the real reason they couldn’t use your footage then was the lack of necessary technology to dub the footage. In the last year alone, many more broadcast outlets began accepting non-tape formats and even HD content. Two years ago, this was unheard of. HD had too many flavors and standards, and in a lot of cases, cable companies and even TV stations didn’t have the ability to add HD content. Now, everything delivers in either the MPEG2 or H.264 formats with specifications that the current software has presets for. The increase in sales of LCD/LED/plasma TVs have generated a need for more HD content, even on the local level.

Because software companies are also outputting entirely new versions much more quickly than before, making the decision to upgrade has gotten tougher. Not everyone can afford to upgrade to a new version of their software every 10-12 months, even though upgrading is usually a fraction of buying it new (e.g. $695 new, $249 to upgrade). In most cases, the need to upgrade should be based on your camera’s requirements right now. As you get a new camera, if your current software cannot handle the codec or does not have the necessary presets, then you will most likely need to upgrade your software.

In most cases, you can be fairly safe to upgrade every other version of software. The changes from a version two to version three are minor compared to version two to four. The companies still offer discounts for upgrading even from earlier versions. The longer you wait to upgrade, however, the more expensive the cost for the latest version.

Software can also mean a hardware video editing equipment upgrade too. Newer software gets developed for the latest video cards, more RAM, faster CPUs, and more hard drive space. This drives the need to buy a new computer or at least new components.

With DSLRs in the video market, computers have had to get more RAM and faster processors to handle the codecs from these cameras. Along with low compression/high bitrate cameras like the Panasonic AG-AF100, and especially the professional cinema cameras like the RED ONE, you need a lot of additional CPU power just to make basic cuts.

Social media has made following the industry changes in technology very easy. Sites like Vimeo.com have become a way to see video examples of footage from the latest cameras, including prototype models. You can also see graphics and plug-ins used inside visual effects video samples. People create groups and playlists based on software or cameras, so you can see entire collections of samples of these looks. This has been one of the greatest advantages we have had with high speed Internet becoming so common, as well as HD monitors to view footage.

User groups and groups within Facebook also show everyone what is trending in post-production as well. Seeing what actual users have to say, without a filter, can be jarring, but they are usually raw and honest opinions.

In the end, every user is different. Your requirements are always going to be best suited to your camera setups and how long those suit your needs, and then the software will follow. Software evolves to match the cameras and hardware. If your projects are still in standard definition, then you really don’t need a lot of computing power by today’s standards. Once you upgrade to a newer camera, you will find that a 2003 editing software may not be able to even see the footage much less edit it.