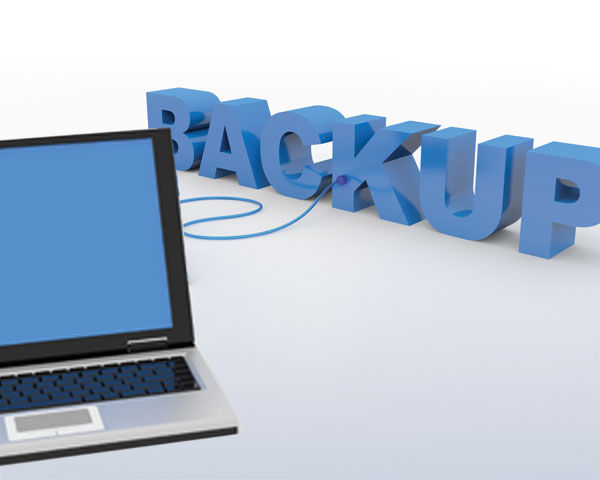 So you’ve finally made the transition from video-tape to digital media management. You’ve been shooting so long that you feel you’ve earned all the merit badges needed to move on up to the next level. Like a true scout, who’s motto has always been, “Be Prepared” you think you’re ready. But are you? When I was a scout, be prepared meant: have a backup plan. My backup plan was to have two backup plans. Now that you’re managing data and erasing your video after every shoot, you have to make sure you have it right. Because when it comes to backing up your video data, you had better be a freakin’ Eagle video scout.

Backing up your data is one of the most terrifying things you will ever do as a shooter. I’ve been in the business more than 25 years and I still get nervous when I hit the delete button. Whether it’s swapping cards in the camera or moving the footage to external hard drives, be sure to always have a plan, and always stick to it. It can’t be said enough. Always have a plan, always stick to it! 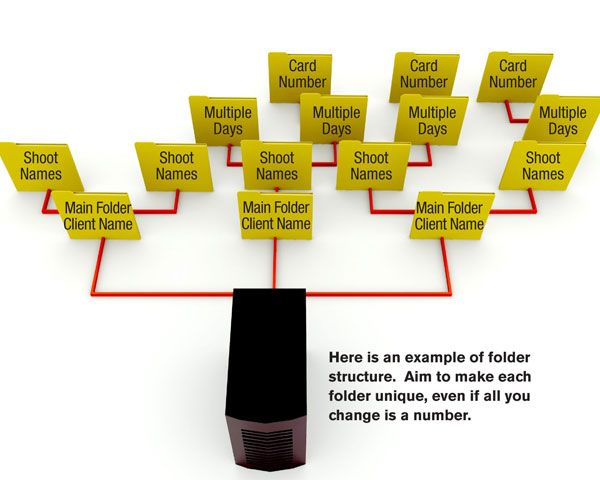 In order to earn your novice video scout badge, one of the first things you should make a habit is marking what is shot and what is not. Whether it’s flipping a tab on the card or putting bright colored tape on the card or box, mark it clear and loud. Try taping the ends of the card with hot pink tape to prevent it from making contact to the camera or try taping the box to prevent it from opening. You should also mark your cards so you can tell them apart. Use a permanent marker and put a number or letter on each card. If you have more than one camera, try calling all the cards from one camera “A” and the other one “B” followed by the number. For example 1A, 2A, 3A, then 1B, 2B, 3B. Keeping them clearly different helps to avoid mixing them up in the heat of the battle, especially if you’re not doing a lot of daily camera work and there are long gaps of time between shoots.

Another basic media management practice that is essential to start from the very beginning is to build a clear file structure on your computer or hard drive. It needs to be easy to understand and easy to check. In other words, don’t copy your video into one folder titled “Video” and let the clip numbers land where they may. Carefully think about how you would search for something. One suggestion would be to build a series of folders that use a combination of date and location and card number.

What happens if that drive goes bad? What if your child puts his glass of soda on top of your drive while playing video games on your computer and then loses at the last level after three days of non-stop playing? What happens if you delete it, because you have a copy of it in edit and then forget to save that version of the edit? There goes you’re parent’s 50th anniversary video. If you haven’t copied your video in at least two places, then you don’t have a backup plan, and you definitely don’t have a backup to the backup plan. Besides, hard drives are cheap these days and there is even media management software that helps check it for you, like ShotPut Pro (www.videomaker/r/590) You can even have your backup copy online, if you’re in a real pinch. Websites like Vimeo Pro (www.vimeo.com/pro) and YouTube (www.youtube.com) may not be the best or safest place to hold your video, but if the choice is between having a second backup and not having a second backup, I would at least know it was somewhere should all your drives crash or be destroyed in some terrible catastrophic event. And trust me, if you don’t have a backup, something will happen to it. 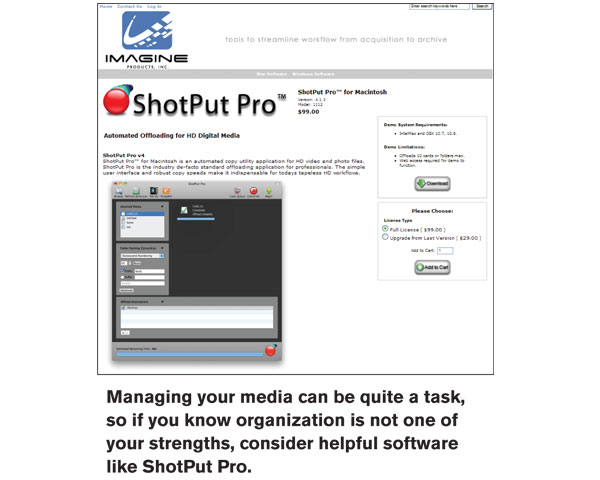 Once you’ve started making money with your shooting, you’ve become a true video scout. It will become more important to back up your data in the field while shooting. Many new videographers don’t have a lot of money and can’t afford several large memory cards to allow them to keep shooting non-stop throughout the day. If you’re one of those shooters and are limited to one or two cards, then you will have to off-load as you go. This is where picking the right equipment is essential. You will not only need robust drives but they should be bus powered (powered from the computer battery through the connecting data wire) in case you are somewhere that doesn’t have access to electricity. The drives should also be very fast, preferably FireWire 800 or USB 2.0 or better. Speed is not only limited to the drives, however, carefully look at your whole system.

Laptops that allow your card to be directly inserted into them are much faster than external readers. If yours doesn’t have one that fits your type of card, try running the transfer from the camera. Typically it’s faster than an external reader. Of course, this can only be done if you’re not shooting with it at the time. Finding the right moment to start off-loading the data is a talent in and of itself. Be sure you have enough unused memory left in the camera so as not to run out of data before the transfer is complete. There is nothing worse than having to stop shooting to wait on a download. And remember we’re doing two backups. Just because you’re shooting on location doesn’t mean you don’t make a safety copy, so plan ahead.

Buying hard drives for every shoot may also not be a reality for you. Professionally we like the client to bring their own portable hard drives when we’re not editing for them. This saves you money and allows the client to walk away and keep the footage in their possession. It also passes the responsibility onto the client, to keep track of the footage, should they need it at a later date. If you’re a true video scout, you may even wish to bring your own portable hard drive just in case you want a copy of your work or they bring something that won’t work with your computer. Just remember if you’re not backing up their stuff in two places or more, someone had better do it. 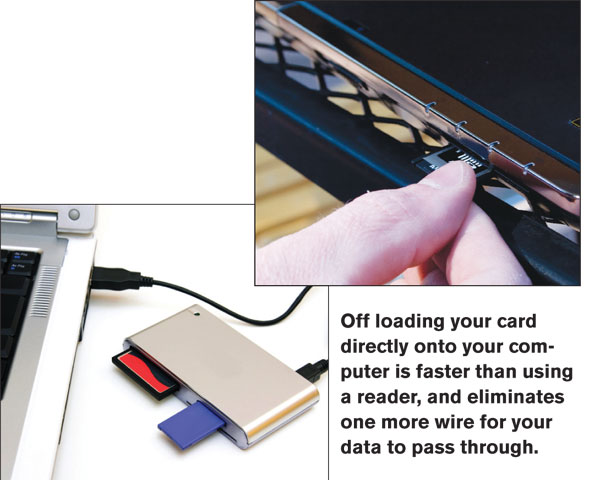 By the time you have become a professional camera operator you will have advanced in the ways of digital media management. You’ll also come to realize that the best way to do media management takes lots of money. Ideally, you should strive to have as many large data cards as possible. Eight hours of record time will probably hold you all day long in most insistences. This allows you to keep shooting continuously until you get to a point where you have the time to safely off-load your data without rushing and making mistakes. If however you are shooting non-stop – like in a live event – or you lack the amount of cards you need to make it through the day, then the other professional way is to hire a media management operator. This person’s dedicated job is to do nothing but focus on making sure everything is there, backed up, and working properly. I should stress, however, that this operator must be competent. I once heard a story of a company using a production assistant to do the media management. He did a good job except for one day where he copied over the previous day’s work, costing the production thousands of dollars in re-shoot fees. It would have been a whole lot cheaper to have paid a few hundred dollars more and got an expert. Don’t fool around with this position. This is not only your work, but your reputation too.

So it’s a wrap and the day has ended. The client has two drives with all the footage and you have your copy, too. But wait a minute – you don’t have a drive. How is that possible? Well if you have enough cards and you haven’t needed to erase any, your footage is still located where you left it, on the cards. Whatever you do, don’t erase your cards until you absolutely have to! I can’t tell you the number of times I have been asked to go back to the original cards days later because a clip was corrupt or missing or deleted. I have had several instances where professional media managers have left off a clip or lost the location of the transfer. I have had producers run over their drives, drop them in water and lose them in the mail. If you’re not using those cards let the data stay there. I even sometimes reverse the order I use the cards so as to delay the erasure as long as possible.

The other option, if you have the equipment and the money, is to go to home and make a backup to the card backup. Having a long-term storage-safe copy of your footage is good idea too. Very large servers, RAIDs or arrays, work best for this type of storage, but most people don’t have the space or the money for this. There are however many companies that offer off-site data storage for reasonable rates too. Check your local yellow pages for one close to you. You never know when a client might need your help, and if you’ve saved the data, you can save the day. Trust me. I know what I’m talking about. Scout’s honor.

An optional way to make a backup of what you shoot, is to simul-roll. Simultaneously rolling on a backup drive is done every day. Devices, like a nanoFlash for instance, can be attached directly to the camera and carried around with you, recording as you shoot. They are light-weight, can run off the camera’s battery, (some cameras may need special adaptors) and use CompactFlash drives or other small memory cards, very much like your camera. They can even automatically roll when you roll, by way of connecting to the timecode or SDI output of your camera, should it have that option. This method of making a backup is excellent for clients who need a copy of their footage immediately after the shoot and can’t wait for a transfer to happen. The disadvantage of doing it this way, is that the memory size is very small, usually limited to the memory card size of 32GB per card and is very costly when compared to portable hard drives. But it does accomplish the golden rule of backing up your data.

Michael Reff is Director of Photography at Turner Broadcasting.