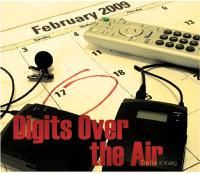 The transition to digital over-the-air TV is nearly complete. So what does that mean for videographers?

While most of our discussions of television are generally about either criticizing the medium as a whole or trying to get distribution for our own productions, the technical aspects of television distribution generally never enter into the equation. However, we are at an interesting technical crossroads as the digital television transition nears its conclusion (and as some stations have been on the air in digital longer than 10 years at this point). As such, the fork in the road for this discussion goes in two different directions: what it means for the TV viewer and what this means for videographers.

To the TV Viewer

While we’ve been noticing that the average digital TV channel has at least one subchannel (e.g., an auxiliary service provided in addition to the main channel), the irony is that, after the transition is complete, there will actually be less spectrum available for television channels. The 1948 bandplan for TV eliminated channel 1 and reserved channel 37 for radio astronomy, leaving a total of 81 channels available. The first channels hacked off were 70-83, which went away in the 1980s to make way for cellular phones, leaving 67 channels available. Now, elimination of channels 52-69 for public safety radio leaves a scant 49 channels available. And, to compound the bandwidth impact, a group of consulting engineers calling themselves the Broadcast Maximization Committee proposes reallocating all AM stations to channels 5 and 6.

This is not to say that there will be no analog signals at all after February 17, 2009. Class A, low-power and translator stations may remain analog after that magical date. It’s only full-power stations that must be digital after that date. However, some Class A, low-power and translator stations have applied with the Federal Communications Commission (FCC) to “flash-cut,” to go from transmitting their current analog signals to transmitting digital signals instead. This means that, for those particular stations, there won’t be a transition period like full-power TV stations have had, with two channels transmitting. Instead, on a given day (which may not necessarily be 2/17/09), the station will flip a switch and go from analog to digital transmission.

To the typical viewer, this probably means nothing. (Certainly, the most-impacted group will be those who rely on an off-air antenna to receive their local TV signals, but you already have your converter boxes installed, right? Right?)

The idea behind the Radio Act of 1927 (and by extension, the Communications Act of 1934) was to minimize interference between broadcasters. The challenge is that, with fewer frequencies to accommodate signals, can a given signal exist without interfering with other signals?

Because of both of the factors of the transition (the reduction of channels and the predominance of digital signals), the most-impacted videographers will be those who use wireless microphones. But this is only the tip of the iceberg, unfortunately. There are a number of additional considerations at play.

Wireless microphones operate on TV station frequencies and rely on the use of so-called “white areas.” So you are basically using some bandwidth in the TV band that does not currently have a TV transmitter broadcasting at that frequency.

Technically, you need a license from the FCC to operate a wireless microphone system, but this is a widely-ignored requirement. However, if you plan to travel abroad with your video equipment, you should be aware that, although you can operate your equipment legally in some countries, you cannot legally operate that same equipment in other countries.

If you own a wireless microphone system, note the frequency it uses. Compare the frequency to the defined channel numbers that are codified in federal law (specifically, the Code of Federal Regulations, title 47, section 73.603, aka 47 CFR 73.603). For example, your mic that operates at 640MHz is actually broadcasting on channel 42.

The consensus opinion of wireless microphone manufacturers, as well as a sizeable chunk of the radio frequency engineering community, is that you should avoid wireless mics operating on channel 52 (698MHz) or higher after the digital TV transition. The odds of causing interference with the public safety applications (or conversely, the odds of receiving massive amounts of interference) will be somewhat higher after the transition. The interference we’re talking about could sound like static, or it could be voices. It is generally subtle – it’s possible interference might not show up on your meter (but still be audible on your headphones). Conversely, there are places where another transmitter could so overpower you that you wouldn’t be able to hear anything else. This is the nature of wireless communication, and also why the FCC requires a boilerplate disclaimer on myriad electronic devices: “This device complies with part 15 of the FCC Rules. Operation is subject to the following two conditions: (1) This device may not cause harmful interference, and (2) this device must accept any interference received, including interference that may cause undesired operation.”

If you are in the market for a wireless microphone, we would strongly recommend researching frequencies of the models you are considering before you buy. You might find a fire-sale price on an otherwise great microphone, and the reason might be the frequency choices offered.

The good news, though, is that the wireless microphones that will work after the transition will work as well as the typical wireless microphones you’ve used previously The bad news is that, with the potential for fewer available frequencies, the odds that you’ll have to compete for those frequencies is higher. If your source of interference is a TV station, just going indoors will probably help – generally speaking, digital TV signals do not penetrate walls very well. (The flip side to this is that, if you want to receive a digital signal, you usually need to invest in an outdoor antenna, especially if you’re more than a few miles from the transmitter site.)

It’s worth noting that there are some 2.4GHz wireless microphones on the market. While mics in this frequency will generally be usable anywhere on the planet without a license, the problem is that the 2.4GHz band is often well-used, so there is a real chance for interference with Wi-Fi networks, Bluetooth headsets, cordless phones, microwave ovens, baby monitors, etc.
If you’re going more than 20 or so miles outside your local area, it would be wise to do a lookup on FCC’s website (see sidebar, below) to verify that the channel you want to use for your mic happens to be vacant.

The Switch Is Happening…

The test of going all-digital in Wilmington, NC, in September 2008 showed us that, despite an effort to get the word out about the transition to digital TV, some people still weren’t completely ready for it to happen. If you are a user of off-air signals, the word to the wise is to make sure you can successfully receive all of the digital signals now, before those analog signals get turned off.