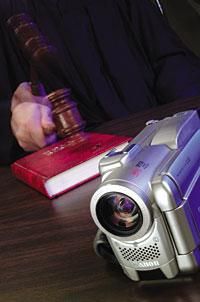 The crime? Lousy shot composition. The evidence is compelling