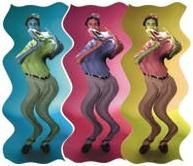 With some of the new inexpensive digital video effects technologies available today, it’s possible for a home videographer to create visual sequences that were unthinkable in most Hollywood post-production studios just a generation ago. Yet fancy computer programs often do not create the most effective examples of video artistry; they’re pulled off using tools that have been available ever since the early days of still photography. What we’re talking about here is the type of effect that you can do simply by noodling around with the camcorder’s lens to subtly yet powerfully alter visual reality–optical effects.

Optical effects are easy to learn, but like most other visual arts, they can take a lifetime to master. The key to mastering these and other camcorder skills is to practice, practice, practice. What follows is a guide to creating a number of different types of optical effects that professionals regularly use in video and film production, along with suggestions for putting these effects into practice immediately. Even if your camcorder doesn’t let you take control of anything but the zoom lens, you’ll still find a few useful optical hints in the pages that follow. All it takes is some time, a blank tape or two and a willingness to experiment.

Okay, so every camcorder owner knows, or soon discovers, that the function of the zoom toggle is to make subjects on the screen look closer and further away, right? Well, that’s certainly true, but that’s not the only thing that the zoom lens is capable of. A zoom lens can make large spaces seem larger, compress distances and make moving objects appear to stand still. These and other optical effects all work on the premise that scenes shot at wide-angle settings appear to have more depth than scenes shot at telephoto.