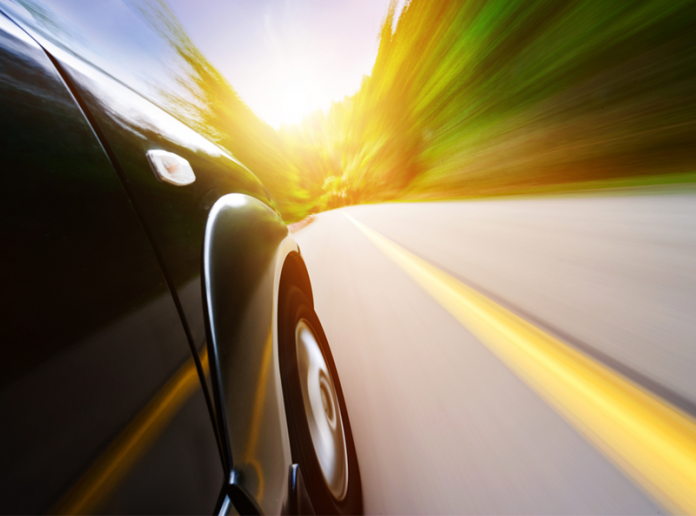 Ever wonder how to emulate expensive mounted video shots? Those shots you want but can’t afford the equipment or rentals to acquire for your next action video production? Maybe you want to do a car chase scene, or a follow sequence. You’re willing to work for it but you also want to achieve this without endangering life, limb or equipment. How about a fly-over product shot or scene? And wouldn’t it be sweet to get some aerial shots without having to rent a helicopter or learn to fly? Maybe there’s a way to achieve these otherwise expensive mounted shots for your next video production.

Maybe you can’t create Fast & Furious sequences like Justin Lin without megabucks and a lot of expensive equipment and time but there are ways to generate some pretty exciting chase or follow videos using common equipment. With a combination of non-moving and moving sequences you can generate a realistic, stimulating and exciting car chase scene. Handheld camera video shots, in this case, contribute to the element of speed and danger, with passing scenery blurring by, shaky camera footage shot during non-moving sequences and utilizing point of view shots that hide the fact your vehicles are sitting still or moving slower than a person running.

It comes from pre-planning, using what you know about the video sequence and the desired effects to set up your shot list, plan your location and ensure that safety is emphasized in all aspects of the shoot. Most of what you need, vehicles, cameras, actors, location are readily available. The rest can be handled in post-production, editing video sequences shot out of order to create a realistic chase scene.

There are ways to generate some pretty exciting chase or follow videos using common equipment.

Westhavenbrook Productions put together an interesting tutorial that makes it pretty clear how to do this. Their video is a bit campy but the end result is impressive.

Bean bags, monopods, bungee cords and securely stabilized tripods can be utilized to shoot from the back of a truck or the hood or from the window of a car. Again, the effects of a high-speed car chase can be emulated using camera shake without either vehicle moving at all. Hard to imagine until you see how its done and put together in post.

Follow shots for a documentary or an ad for your local bicycle club, need only a location, the use of a vehicle and even some sideline still shots or pans to generate footage that will enhance the POV shots from action cameras attached to handlebars, helmets, shoulders or chests.

Smooth closeups of turning wheels, spinning spokes and heavy pedaling can be acquired by using a monopod with a handle attachment allowing you to shoot from inside a vehicle, through the window, hanging your video camera down and steady to get that low and close angle.

As with any special POV effort while shooting from a moving vehicle it is important to have others working with you. Operating your video camera while operating your vehicle, even on a closed or isolated roadway is not a safe thing to do, and in such attempts your best efforts at acquiring usable video footage will likely suffer as well.

How about those awesome aerial shots? Wouldn’t it be nice to emulate video taken from the air without having to rent a helicopter or hot air balloon, even if you could afford it? Small or no budget video productions might actually have the resources or budget to get awesome aerial shots but the expenditure and time may prove impractical. Again, use of small POV cameras, along with a bit of ingenuity can generate unbelievable aerial shots, even if you are producing your project with more than a shoestring budget.

Depending on how much you can afford to invest on gadgetry, an investment of about $1,000 will get you a workable drone-camera combo that gets the job done. But there are other, less expensive, methods that can emulate, aerial shots. How about a nice, sturdy, long extension pole with a lightweight POV video camera attached?

With a bit of practice and some hit-and-miss effort a videographer could wield the pole with smoothness and control that results in smooth, low-altitude aerial video footage. Equipment for this method of emulating aerial footage is available for $100 or less, in case you’re one who prefers to work with more than tape-and-a-prayer. Access to a higher elevation: ladder, balcony, or multi-story building, can extend your unit-on-a-pole even higher adding to the aerial video effect and resulting in some believable aerial video sequences.

For that matter you could use a regular video camera or DSLR mounted on a secure tripod unit and extended over the edge of a balcony, or any elevated vantage point to simulate aerial video that is solid and effective.

Depending on the height you want to shoot from, we discovered some very effective passover shots during a swimming competition that can be created for an aerial effect or to emulate a jib shot. (See the sidebar: Doing a Passover.)

You can get a shot that looks like it was created using a camera on a jib and flying over a product or scene simply by tipping your camera forward on two legs of a tripod and tilting the camera as you go. Again, height advantage using a sturdy platform, table, ladder or balcony for added elevation can enhance the effect.

Monopods come in handy as well, easily allowing you to stretch your camera out over the water during swim competitions or just for fun shots and angles adding to the production value of a special video project you have in mind. Depending on the length of your fully-extended monopod and how heavy your camera is and how strong you are, effective sweeps, swoops and stationary overhead shots can be produced, allowing the swimmer to pass beneath for a dramatic perspective. Short follow shots are possible with any circling motion using this technique.

Poles, monopods, tripods, accessible elevation points such as porches, balconies, overhangs and even ladders can aid in the emulation of shots that would otherwise call for a jib system, expensive crane or other equipment. Sure, such units are desirable, possibly easier to use, but often at expense that breaks the independent video producer’s budget.

There are special ladders, and combination cart/ladder devices, created with the videographer in mind. They usually have a sturdy base and a platform allowing you to brace your monopod or other device up high as you stand on the top rung and lean against a safety bar. The upper construction of a shooter ladder is such that a videographer can lean against the rail for more reach without danger of toppling over or falling off. Finding such a ladder will take some searching, but look for them to cost around $100. This angle, in conjunction with the monopod or a pole and POV camera setup, can capture unique angles otherwise impossible without expensive equipment.

Videomaker offers many resources that will enable you to figure out how to emulate expensive mounted camera video shots. The Videomaker Forums often include questions and responses that help videographers come up with affordable, safe, and easy, solutions for acquiring shots that might otherwise prove impossible. Also, most independent videographers are blessed with an abundance of ingenuity. In addition to the abundance of Videomaker articles, a search on the Web for tutorials and how-to videos or articles, provides an awesome collection of useful resources that will help you emulate expensive mounted shots. A bit of thought and planning can provide affordable answers and solutions to special shots without expensive special equipment. Sharing your discoveries on the Videomaker Forums also helps other videographers in their quest for boosting production values.

One of my recent video production gigs called for getting shots from the center of a small private pool, of beauty pageant contestants showing their form while swimming the length of the pool. It was a last-minute brainstorm by a committee-member who thought the shot would be cool and look great in a promotion video. It would, except this inspiration was shared poolside, with about an hour’s notice.

We acquired some heavy-duty PVC pipe, attached a camera mount using standard large-circumference bands like those used on vehicle radiator hoses. Having a lightweight camera on hand helped. With a double length of PVC that was already glued in the center with a joint, the bands and some gaffer’s tape, my assistant and I were able to stand on each side of the pool, holding the camera up and over the center while beauty pageant contestants passed under in good form.

An added enhancement was the final shot with the camera’s stabilization turned on, lens opened for a wide shot, and both of us doing the Groucho Marx shuffle while following the tightly-bunched group of swimmers.

Car On Road With Motion Blur image from Shutterstock.