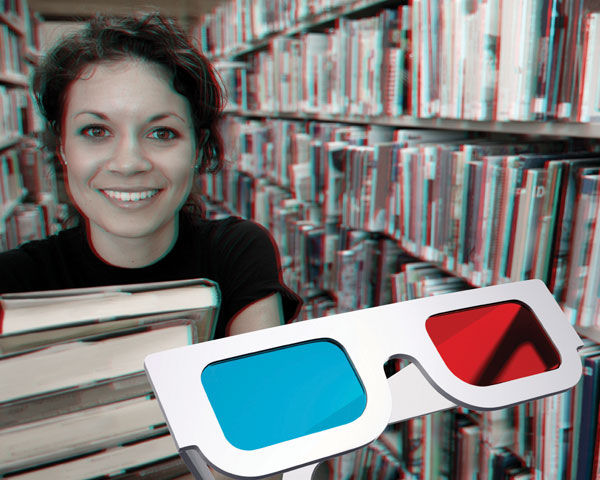 Today’s consumer 3D camcorder technology is akin to the very early days of consumer videotape recorders: The consumer technology has been adapted from broadcast/industrial technology, which is still in its infancy.

As a result, those wanting to venture into the ‘3DTV’ consumer space do so at their own risk. The good news is that of the two models Videomaker was able to find on the market, (as of press time), one doubles as a highly capable 2D camcorder, (the Panasonic HDC-SDT750) and the other, (the DXG 3D pocket camcorder) doesn’t cost too much. 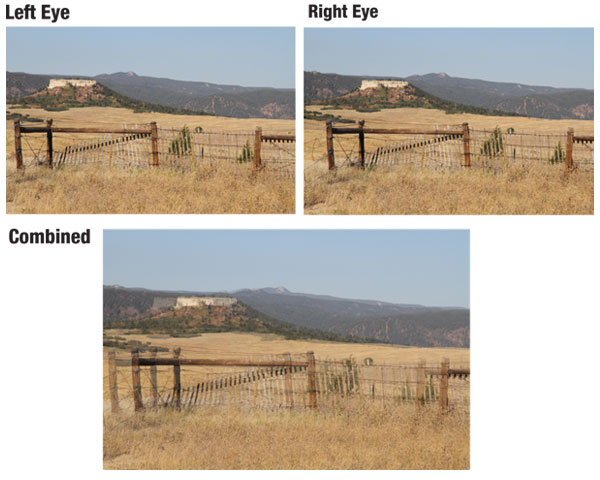 Before you shoot 3DTV, you need to understand the animal you are working with. Basically, you are shooting two 2D video streams – representing the left and right eye views – that are electronically overlaid and then played through a 3D capable TV/computer to provide a realistic 3DTV experience.

In the broadcast world, they are still figuring how best to do 3DTV. The problem ESPN and other networks are grappling with is depth of field’. Here’s how it works: The broadcasters put two 2D HD cameras side-by-side on a single support rig, to simulate a left eye/right eye view. The more they want the 3D effect to pop out at the viewer, the further apart they place the cameras from each other; thus deepening the depth of field the viewer perceives. (Theatrical 3D movies tend to exaggerate the depth of field to make the 3D effects jump out at you.)

Here’s the problem: While pushing depth of field can make distant shots look convincingly 3D – in real life, they look more 2D to we mere mortals – it can also make the 3D video look cartoonish and hard to watch. This is why broadcasters are trying to find a balance between the 3D ‘wow factor’ and video that just looks like you are actually there. It is important to note that so far they have not found this balance; the technology is still too new.

It is against this background that consumer 3DTV has to be understood. This is a Brave New World of Video that has yet to have the basic kinks worked out. So if you are moved to buy a consumer 3DTV camcorder, be aware that you are not just an Early Adopter; you are a Pioneer! 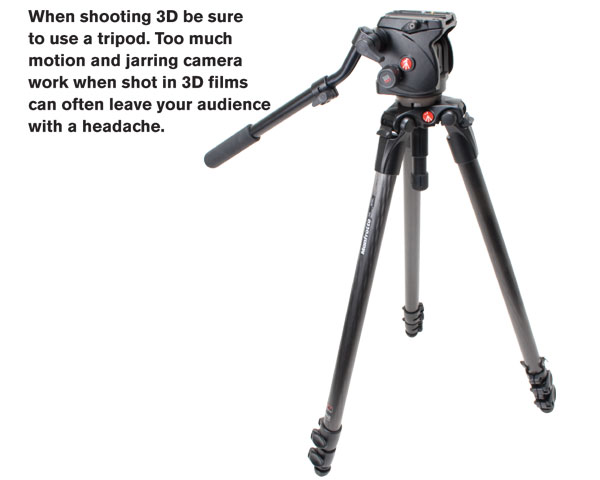 The challenges of integrating two 2D video streams into one 3D picture do have an impact on how you shoot in this medium. Simply put, you need to keep things simple when you start out; then push the boundaries slowly as you become more comfortable.

Some rules of thumb: 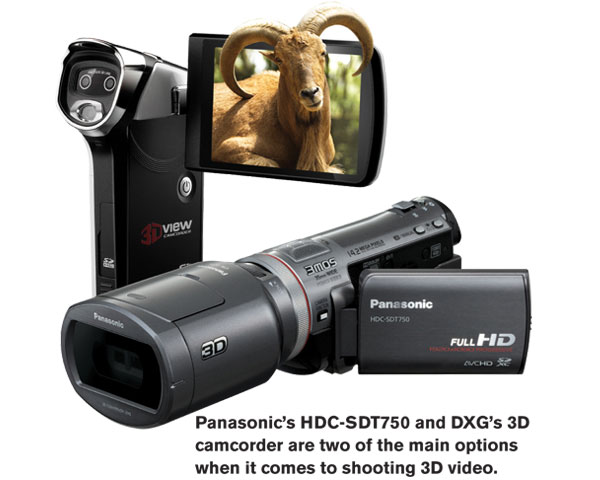 Unlike the broadcast 3DTV cameras with their adjustable depths of field, the Panasonic HDC-SDT750 and the DXG 3D pocket camcorder come with fixed 3D lenses. This means that you will not have as many options when it comes to depth of field and control of your 3D image.

Of the two, the HDC-SDT750 is the choice for serious consumer videographers. The reason is that the HDC-SDT750 is basically a Panasonic HDC-TM700 camcorder that comes with an attachable 3D lens unit. Remove the lens, and you have a high quality 2D camcorder that records in AVCHD and MPEG4. In short, if you aren’t happy with the HDC-SDT750’s 3D performance, you haven’t wasted your cash. This camcorder’s list price is $1399. It comes with 3D editing software that allows you to edit your 3D video onto DVD, or for the Web.

As for the DXG 3D pocket camcorder? This is a small handheld unit with flip out LCD screen that comes with its own 3DTV 7″ media player sold together for $600. The hype promoting this camera is pretty glossy – “For the first time ever, you will be able to create home movies in 3D and relive each moment in lifelike detail thanks to the new DXG 3D pocket camcorder and media player” – says a DXG news release – but the specs are not as impressive. Consider: The DXG 3D pocket camcorder’s video resolution is “VGA Standard 3D Dual-Lens Technology; H.264 AVI File Format”. Unless the rules have changed, VGA Standard means 640 by 480 resolution. Even with 3D added, that’s not much. It is like having a stereo music system that uses 1″ speakers.

In a perfect world, Videomaker would have received samples of the Panasonic HDC-SDT750 and DXG 3D pocket camcorder to test for ourselves. Unfortunately, these models were so new at press time that samples were not available.

So how can you decide what to buy? Well, if performance is your concern, then the Panasonic HDC-SDT750 is a wiser purchase. But if you want to get your feet wet in 3DTV on a budget, then consider the DXG 3D pocket camcorder. “Neither the camcorder or the media player require the consumer to wear special glasses,” says DXG spokesperson Darlene Cannon. “They feature 3D dual lens parallax barrier technology, which makes it possible to view the 3D without glasses. You can also play back your 3D video and 3D photos directly on the camcorder’s flip out LCD screen as well.”

Whatever you choose, be aware that this is very much an experimental field, as far as consumer video technology is concerned. There is no guarantee that the 3DTV footage you shoot using this equipment will stand the test of time; anymore than consumer Betamax or the optical disc storage medium known as the LaserDisc did.

On the positive side, the advent of the Panasonic HDC-SDT750 and DXG 3D pocket camcorder do allow consumer videographers an opportunity to try out 3D for themselves. If your goal is to capture a growing family, then the investment might well be worth it: By the time the 3DTV format settles down, your toddlers might be teenagers.

The bottom line: Feel free to try 3D videography, but do so accepting that you are taking a risk. Still, there’s no doubt that your 3D camcorder will be the envy of all your 2D friends!

James Careless is a video editor who has worked in TV news, TV series and made-for-TV movies. He writes on video topics for several video production publications.