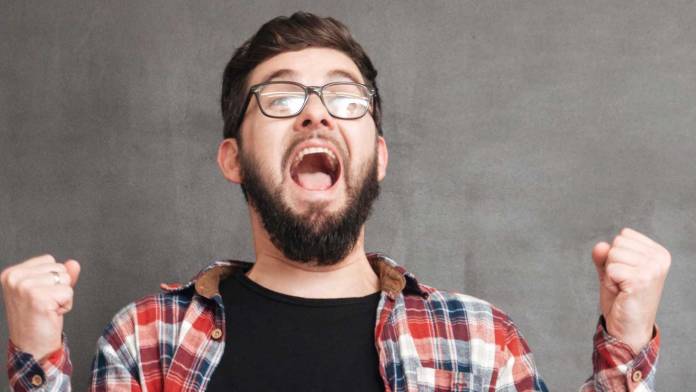 Getting the Most Out of Your Actors or Subjects

Telling a powerful story with video does not require professional actors or people experiencing extraordinary events. But it does hinge on making your characters interesting and believable. So how do you do this? Remember those five Ws from fourth-grade English class? Who, What, Where, When and Why (and we’ll slip in How) are back, and we’re putting them to work to develop characters that will make your next drama or even documentary one that people remember.

Depending on your particular story or genre, you may not have much choice over your main character. But you may have control over which aspect of your character you want to emphasize. Is it the father, the husband, the carpenter or the hang-glider pilot who can best carry your story’s main theme? If you do have a choice over your subject, don’t feel limited to making it human. A pet, a city, an institution can all be made into subjects that deliver your message and spark strong emotion in your audience.

Be careful, however, not to focus on just one strength or weakness. If you do, you will create a two-dimensional character, one that is little more than a caricature. Watch any superhero flick and you’ll know what we mean. It is your job to show your audience how your character uses or is used by these traits to either achieve some goal or be thwarted from it.

As five year-olds, we all tortured our parents with the simple one-word question, “Why?” It is the same question that beleaguers every director when an actor whines, “What’s my motivation?” But it is perhaps the single most important question you can ask in developing your character.

What does your character want more than anything else – and why? If you simply reveal that your character wants money, fame or power, you’ve done little more than produce a local news piece. You don’t have to be Woody Allen to know that people want these things to satisfy deeper cravings. It is these cravings that you must uncover and reveal, either explicitly or implicitly. Is your character’s quest for fame a search for fatherly approval? Is a bid for power a band-aid over a powerless or abused childhood? How you reveal these deeper and universal wants will determine how much your story develops as a psychological portrait. This is true for both fiction and non-fiction.

Other important Whats to include in your character analysis are: What is your character willing to do to achieve a goal? Sometimes exploring what the character won’t do can set up an intriguing reversal later in the story. What stands in the way? A powerful person, a corrupt institution or a 125-pound German Shepherd? What choices does your character have?

Where can be both physical and metaphysical. Physical locations will certainly give a sense of place for your character, but, for our discussion, the more important consideration is the metaphysical or psychological location. We’ve all had this where queried of us by confused friends who ask, “Where are you coming from?” It is by illustrating this place in your character’s psychological journey that you create a three-dimensional quality. It should be the sum of all your character’s experiences to date that form this Where. Knowing this gives you a roadmap to guide your character through the events presented in your story, and it will help determine if your character grows or remains unchanged. Both possibilities exist, and both reveal important aspects about your character.

Don’t forget that you control time. Flashbacks, flash-forwards and historical recountings are all devices you can use to reveal your character’s motivations. They are also very useful in foreshadowing events in your story.

OK, How isn’t technically a W, but it occasionally tags along for the ride. This is perhaps where non-fiction and fiction end their character-development similarities. You either have a script or not, so we’ll look at both here.

Fiction demands a script. A script demands actors. Actors demand direction. Directors demand…oh well, you get the point. As the director, it is your job to keep the psychological underpinnings of the character alive in your actors, particularly if they are amateurs. We can all recall forgettable films where we’ve remarked, “They wouldn’t have done that!” In fiction, every word and gesture must be believable and “in character.” This means having a complete understanding of not just the words on the page, but the back-story as well. This back-story, sometimes called a character analysis or study, reveals all the mundane and sordid details that may not reveal themselves anywhere in the script but that give you, the director, the power to interpret how the character would respond in nearly any situation (see sidebar).

For documentary or reality projects, a staple of this genre is the interview. An interview is more than asking the right questions. Yes, you need to do enough research to formulate questions that elicit meaningful answers from your subject, but you also need to know when to simply shut up. This is much harder than it sounds, especially when you think you know what you want your subject to say. Always have a follow-up question in your head, but try letting silence, even an uncomfortable one, motivate your interviewee to volunteer an aspect of the story you hadn’t even considered.

Stringing together a series of even inspirational interviews is usually not enough to develop a three-dimensional character. You must also show your character revealing aspects of personality and doing the things described, either through re-creations or other visual evidence. If your subject is anxious, be ready to grab closeups of wringing hands, fidgeting feet or darting glances.

Creating interesting characters forms the core of any successful story. The more a story deepens or broadens our understanding and empathy with human achievement and struggles, the more we become immersed in it, enjoy it and even learn from it.

Answers to these questions may or may not become part of your script or outline, but they are important in developing believable characters.

Whether you’re shooting a feature length narrative or a simple interview, props add richness to your video’s environment and can alter the viewer’s interpretation...