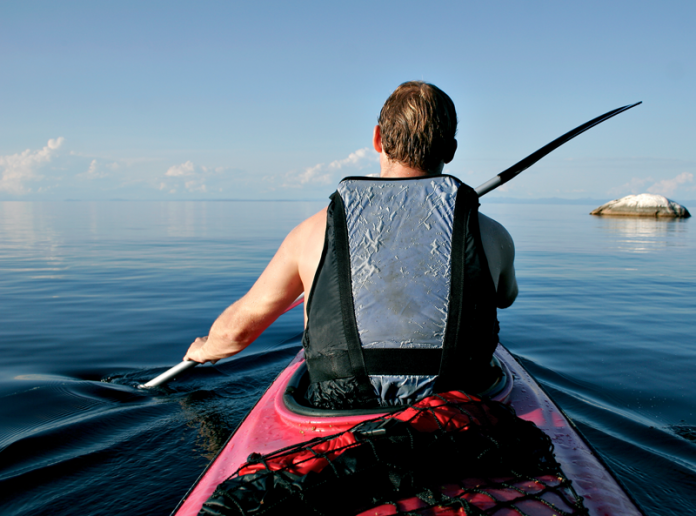 Action cameras – or cams – are everywhere. They have gone skydiving from space, driven endless laps around motocross tracks, and been dragged, dropped, tossed and stuck to just about anything with a flat surface. Hit up GoPro.com, the Replay XD website, or hop on over to YouTube, and you’ll find an endless supply of video evidence of the fun these cameras have had.

Getting started with an action camera is generally pretty easy – most have a simple set of settings that can be played around with to ensure the camera will behave how you expect it to. Pretty much all of these cameras include frame rates of 60 fps (frames per second) or better to ensure smooth footage when slowed down, and most include a narrow or wide shooting option to give footage the look you’re going for.

So figuring out the action camera is a cinch, but how do we go about getting those incredible shots we see on the internet? The answer is by putting the camera in a position to get those shots. Sounds simple, right? The cameras usually come with a handful of kooky mounts, straps and tapes to ensure the camera can be tossed into harm’s way at the drop of a hat.

Now, the mounts are essential, but anybody can suction mount a GoPro action camera to their car or Jet Ski. With these cameras, the real fun comes from thinking outside of the box. Get your creative caps on, throw away the manual, and let’s go make some cool shots.

Options for mounting one of these cameras are pretty much limitless.

We’ll take a look at some common questions and concerns about getting tough shots, fun uses for the mounts that generally come in the box with a few of the popular cameras on the market now, and toss around some ideas of what to do if the stock appendages don’t do the trick.

The GoPro Hero3+ Black Edition is the latest in the industry standard GoPro action camera series, and it comes with some great tools to stick it to all sorts of things. The design is very flat on the back, bottom and sides, which is perfect for all sorts of mounting hijinks. The standard kit includes two adhesive mounts (one curved and one flat), which are amazing for mounting the cameras in places where ultimate grip is needed. Helmets, motorcycles, mountain bikes and other vehicles work well with these mounts. It also has a waterproof housing, a couple of quick release buckles and a remote.

Options for mounting one of these cameras are pretty much limitless. To mix up the standard “stick it to the hood” shots, try adhesive mounting a camera underneath your car, facing sideways from the roof for a cool slider shot, or – if you’re daring – right on the rim.

Other mounting options include a chest sling, attaching it to a handlebar or pole, or clamping it to just about anything else.

The chest mounts are great for point of view (POV) shots where you don’t want the camera to follow the movement of your head as it would when mounted to a helmet. If you’re a drummer, a pilot, or do anything where your perspective is interesting, these mounts can be great fun.

Nailing the Highs and the Lows

Handlebar mounts are great for more than just bikes. Clamp your GoPro camera to a super-long pole like a pool skimmer, window washing pole or even a long rake handle and get high angles and boom shots that are normally tough to achieve without expensive cranes. If you’re extremely careful and have mounted your camera securely, reach it out of a second floor window over something interesting to get that awesome top-down shot.

While you’re at it, why only go high? Handlebar-mount your camera to the bottom of a cane or other bar and hold the bar in such a way that the camera is suspended just above the ground. Playing around with camera angles can take the classic low shot and make it a powerful “looking-up” low shot. Raising the cane or pole while walking around a subject can give that classic Michael Bay spinning hero shot.

As long as you’re handlebar-mounting your camera, why not stick it to a shopping cart, a sailing mast, or even a camera stabilizer?

Wall and ceiling shots are a real specialty of GoPro cameras, as not only does it have a flat back, which is great for mounting against a wall or other flat surface, but the latest versions also have a remote control. This means it is possible to mount the camera with a suction cup, or adhesive mount to a ceiling or high wall, and start and stop the camera with the remote control.

If these options aren’t enough, the plain old clamp allows you to alligator bite your action cam onto nearly anything else. This could be cool for a perspective shot looking down a guitar neck, over a shooter’s shoulder, or even attached to – and looking back from – a tripod.

Imagination is a powerful thing!

Sticking to the Subject

Cylindrical cameras like the Replay XD1080 or XD720 offer some interesting mounting options as their shape adds very little drag or wind resistance at speed. They also don’t require a case to mount – unless you’re going underwater – which helps keep them light and versatile.

Another benefit is that they also fit perfectly into the most versatile of all mounts – the hand. They’re shaped in such a way that handheld shots can be extra creative. Skiing or skateboarding next to a buddy can be captured easily, as this is truly a run-and-gun action camera design. Try turning the frame rate to it’s maximum, standing in the busiest section of town where you live, and holding your action cam close to your chest – or with a fully extended arm – then slowly start turning in a circle. With a bit of stabilizing from your editing software and slowed down this can be a classic shot.

The low-slung mounts of the Replay series of cameras allow for some crazy mounting locations, as the profile is so small. Places where cameras are usually too heavy or cumbersome, such as surgical headsets, paintball gun barrels and motorcycle helmets are all interesting places to stick a Replay. It’s easy to leave a half dozen adhesive mounts in place on a car, skateboard or bike all year round. They weigh practically nothing when not in use, and when it’s time to head out on an epic ride or drive it’s as simple as mounting one or more cameras in a matter of seconds before leaving the driveway. Just remember to grab your camera from the side of the car before heading into the mall!

When All Else Fails

A fun point that makes the Replay and it’s competitors even more versatile is that they have strategically kept their buttons and controls at the extreme ends of the device, which paves the way for one more interesting mounting medium, using the world’s greatest tool: gaffer tape.

It’s not recommended to tape your shiny new Replay to anything and everything, but if there isn’t a mount that suits your needs, you may still have this option at your disposal. Gaffer tape a camera to a fishing rod or even on a lure to get some awesome underwater fish shots. Or maybe tape your Replay to a dog-walking harness or horse saddle. Get ready for some cute footage!

While some of these ideas for different action camera mounting techniques are great and everything, there are caveats. Some materials are difficult to mount to. Adhesive mounts don’t like brick or concrete very much, suction cups can get dirty and taller mounts are more prone to shake.

So how do we get around some of these issues without compromising the shot’s integrity? Well, there are some difficult scenarios, such as the brick wall problem. Unfortunately, if there isn’t a decent spot to stick to or clamp onto, the only option is to work around the issue.

If the wall or surface isn’t very tall it might be possible to suspend the camera from the top of the structure and then stick a bit of tape rolled with the sticky side facing out between the camera and wall just to make sure the camera doesn’t swing around. If the wall doesn’t allow for dangling, it might be necessary to support the camera from below using something like a photography tripod with an angling head so that it’s possible to lean the tripod head right up to the wall with the mounting plate still level.

Curing the shakes isn’t always as easy as having a morning cocktail. Shaky footage is bad, but action cameras are prone to shake just by the nature of what they’re used for. Motor vehicles vibrate, skateboards vibrate, jet skis vibrate, sky diving helmets vibrate. Heck, just about everything you stick these cameras to is probably going to vibrate.

To combat the shakes and get smooth-as-silk footage is going to require going to the computer. Editing software – including some of which is packaged with these cameras – includes tools that analyze the shaky footage and smooth it right out. There are limitations, however, and there is only so much the software can do. If you take your GoPro camera and Hail Mary it from the roof of your house into the pool three houses over, don’t expect Final Cut to make it look like the Titanic setting sail to the warblings of Celine Dion.

Basically, shooting with your end result in mind makes a world of difference. Plan your shots, mount thoughtfully, and minimize the amount of correction that needs doing after the shoot. And to be fair, a bit of shake can add something to certain action shots.

Wrapping Up the Action

Action cameras are coming out at a wild pace from many manufacturers in many shapes, sizes and colors. Their sensors are improving exponentially with each iteration, and image quality, frame size and frame rates keep increasing. Third parties are also creating some amazing accessories to turn action cameras into devices as versatile as anything you’ve shot with.

Man in kayak image from Shutterstock.