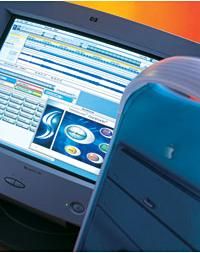 Have any plans to enter your newest video masterpiece in a film or video contest? Want to post your latest and greatest on the Web for the world to see, or on your local cable channel for the community to see? Any chance you’ll show your tape to a crowd at your church or club? Thinking about creating an instructional video to train new employees at the office or shooting wedding and event videos for money? Whether you produce commercials or christenings, baseball games or bar mitzvahs, any video that you will sell, broadcast or show publicly must adhere to copyright laws. That means you’ll need to be careful not to use copyrighted music in your productions without permission.

There are several ways to avoid a potential copyright predicament. If you have some time and money to spend, you could request (and await) permission from the record company or the artist. This can be a time-consuming, paperwork-heavy task and can be an expensive endeavor. It is probably cheaper than a lawsuit for copyright infringement however.


You who are professional musicians and songwriters have it easy. You could simply create and arrange your own original compositions for each production. Of course, just because you can, doesn’t mean it would be worth the time and energy.


Instead, you might purchase a CD of original music specifically marketed as royalty-free. In many cases this may be a suitable solution. Of course, you will be limited to the number of tracks provided on the disc, and the lengths and mixes of those tracks are fixed. When it’s time to edit, you’ll need to edit your video to match the length of the music track you select, or edit the audio to fit the length of your footage. If your video is shorter than the track you’ll likely fade the music out over a second or two, but forfeit the original orchestrated ending. If your video is longer than the track you’ll need to repeat the clip or attempt to seamlessly splice together two copies into one longer one, and hope that your viewers won’t notice an audible glitch.


Are these your only choices? Fortunately, no. If you would like more control over your soundtrack, music creation software may be just what you’ve been waiting for. Music creation software lets you customize your royalty-free soundtrack to fit your specific needs, without requiring years of formal musical training at Juilliard.


Just as computer graphic-art programs like CorelDRAW and Adobe Illustrator made artists out of self-admitted stick-figure sketchers, a whole host of vendors provide videographers with the means to create original soundtracks for their video projects.


Music creation packages can be broadly broken up into three large categories: virtual multi-track studios, MIDI tools and loop-based applications. Some programs are designed to assist capable musicians do what they do best and some require only that the most tone-deaf of us select a particular genre. In the middle are a host of applications that can help the non-musician with a good ear create original music by selecting a funky beat, a thumping bass and a piano solo previously recorded by professional musicians.


All of the applications in this guide act as multi-track studios. While some support MIDI synthesis, others are full-fledged MIDI composition tools. While MIDI gives you almost unlimited range of expression, it can require at least a working knowledge of musical notation and composition. Most of the programs allow you to use sampled media or loops, but some are dedicated loop-based music tools. Loop-based products layer and mix short, professionally-recorded samples of real instruments into songs. Loop-based products are often easier for the non-musician to use, but are also more creatively limiting, since you can only use pre-recorded samples and patterns.


A few are actually targeted at video scoring (but are not video editing tools), and these are noted on the grid in the Video Scoring column.


Creating your own music on the desktop is fun and reasonably easy. Many music creation software packages sell for less than $100, though they can run over $700, depending on the program’s complexity. The accompanying buyer’s guide offers manufacturers, product names and prices at a glance, to help you begin your search.