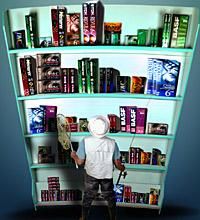 Wouldn’t it be nice if blank videotape was a commodity like fishing line? Wouldn’t you love to walk into Jim’s Bait and Video Shoppe and pick up a few rolls of VHS heavyweight? If your answer is "Yes" then you came to the right article. The process of selecting the right videotape for your needs is actually easier than catching tadpoles in a puddle.

The technology of videotape stock isn’t rocket science; it just seems like it because of all the terms manufacturers toss into their marketing pitches. What you need is a brief overview of how videotape is constructed, and how it works in your camcorder/VCR, and before you know it, you’ll be swapping tape tales with the pros.

Anatomy of a Videotape

Regardless of your camcorder’s format (VHS, VHS-C, S-VHS, S-VHS-C, Hi8, 8mm, Digital8 or Mini DV) the physical characteristics of the recording medium are virtually the same. All videotape begins life as a ribbon of mylar film. The backing is coated with a variety of metal materials onto which images and sounds are recorded when the metal particles are magnetized. The smaller the metal bits, the better the images and sounds. The backing material must be strong enough to suffer repeated runs past record heads and rollers without stretching or breaking.

Metal oxide is the basis for the VHS family of tapes, including standard and compact VHS and S-VHS. It is produced by adhering oxidized metal to polyester film. Metal Particle (MP) tape is produced by much the same process but the film is coated with small metal particles instead of oxides. Metal Evaporated (ME) tape contains metal particles bound to the polyester film by a special evaporation process. MP and ME tapes are only available in the 8mm, Hi8 and Mini DV formats.

From here, manufacturers differ as much as fish in the sea concerning their production methods. As a tape’s metal particles begin to fall off, when it wears out or ages, the stored images will display white dots known as dropouts. Some manufacturers apply special coatings, others trumpet premium binders (the stuff that glues the metal to the plastic backing) that improve fusion of the metal particles. Unfortunately, there’s no simple test to measure a tape’s ability to forestall dropout.


The bottom line is finding the perfect catch of a video tape. Does the tape have the specifications you need for your particular situation: coercivity, retentivity, luminance and chrominance?

Coercivity, measured in Oesteds (Oe), denotes the magnetic strength of a tape. A higher coercivity generally means better frequency response or improved detail. Retentivity, measured in Gauss (G), is an indicator of a tape’s ability to retain magnetism after the video heads have been removed from the tape. Since video and audio are laid down on the tape by magnetic force, these attributes affect the longevity of a tape. You want tape that captures the maximum image/sound over as many passes as you need. Tape that will be recorded onto once and played back onto a digital medium for editing, for example, may not need the retentivity of a tape that will pass over a recording/playback head many times for editing.

Video and color S/N ratios are expressed in decibels (dB). The higher the number, the better the reproduction. These specifications should tell you how well a particular tape’s image reproduction compares to another tape. Unfortunately, there is no one standard of gauging these specifications. Most tape manufacturers have established their own reference tapes, against which each company rates its own videotape.


If there’s a plethora of choices in the blank tape industry, it’s full-size VHS tapes. Every manufacturer offers at least two or three models but the variety of grades is inconsistent among manufacturers, making comparisons difficult. One company’s high grade is another company’s premium — sort of. This is one area where paying attention to tape specifications will help you choose the right tape for your needs.

The coercivity of VHS tape ranges between 650 to 750 Oe. Retentivity averages about 1500 G and you won’t see it any higher than 1800. Look for a tape with higher retentivity, like BASF’s Pro VHS, for tapes that will be repeatedly re-recorded or played. A tape with lower retentivity, like Sony’s T-120PR, will serve well for projects that may be played just a few times, such as demos and sales tapes.

Although the terms "broadcast" and "VHS" may sound mutually exclusive, many manufacturers offer Pro or Broadcast versions of their VHS line of tapes. These grades are usually marketed exclusively, as you would expect, to the professional videographer but we won’t tell anyone if you use them at home.


Although compact VHS tape usually carries comparable coercivity and retentivity readings to VHS tapes, the main difference between VHS-C and its full-size family member is the smaller cassette.


Although full-size S-VHS camcorders are an endangered species, many units are still in use and editing decks are popular. Tapes in this super-format category get you improved performance all around, with 850-1000 Oe and 1700-1900 G. Even Sony, self-proclaimed king of the 8mm format, makes an S-VHS tape, MQST-120, with a high-performance coercivity of 1000 Oe and retentivity of 1900 G.


When Sony invented the 8mm format, manufacturers had to come up with a different kind of tape to fit the tiny cassettes. Metal Particle (MP) tape employs much smaller metal particles than standard oxide tape, allowing 8mm to store more information on a smaller surface. Compared to oxide tape, metal particle raises the coercivity and retentivity. Most MP tapes have a coercivity of over 1000 Oe to achieve the dense signal needed for the 8mm format.


When you start fishing in the Hi8 pool you’ll be faced with yet another decision to make: choosing Metal Particle or Metal Evaporated tape. To pack even more metal onto the ME tape surface, metal particles are vapor deposited onto the film base, eliminating the need for a glue binder. The result is greater coercivity and retentivity–up to four times as much as MP. However, this enhanced performance comes at the cost of stamina. ME tapes are generally less durable than MP and are not well suited to the stresses of editing.


Choices in the Mini DV realm narrow back down to ME tape only. While professional varieties of the DV format, such as DVCPRO by Panasonic and DVCAM by Sony, differ enough to be incompatible from each other, Mini DV tapes can be used in any consumer DV equipment, with one exception. Sony DV camcorders are designed to record auxiliary data on an integrated circuit contained within the tape cassette. Although DV cassettes made by other manufacturers will work in Sony equipment, without the IC you will be giving up the benefit of additional data such as index information.

Rather than lose tape sales to other manufacturers, Sony decided to address different recording applications and price points by making a model with the IC chip (Mini DVC EXM) and without (Mini DVC PR Series).


When it comes to tape, one person’s trophy is another person’s throwaway. Considering different shooting requirements and end product, a brand that works for the casual videographer may not be suitable for the pro. Your camcorder and VCR are important variables that will also dictate which tape works best for you. Use this article as a guide to select several tapes to test. Then make your decision based on what you see on the screen.