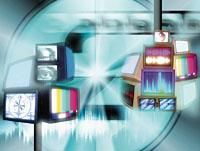 In the past year, computer prices plummeted, opening up the world of desktop video to nearly every videographer. From scriptwriting and storyboarding to titling and editing, there are computer products for every stage of video production. If you want to know what desktop video computer products are available, check out our Desktop Video Buyer’s Guide. We’ve managed to squeeze in over 200 products in 12 categories, so you can bet that if it’s out there, it’s in here.

Perhaps the easiest way to incorporate a computer into your video productions is by using it in preproduction. Scripting, storyboarding and scheduling your video on your computer is simple, inexpensive and will save shooting time (when time is most important because your equipment, talent and crew are all waiting on you). There is a variety of different types of software available to help your video productions before the first second of tape rolls.

The first type of preproduction software is scriptwriting software like Parnassus Software’s ScriptWerx ($129). Scriptwriting software correctly formats your script. Even though your productions might not need a two-column script, its nice to have one, and if you ever have a script that you feel is good enough to sell to Hollywood, you’ll already have it properly formatted.

Storyboarding software might be the more relevant alternative for the home videographer. Storyboarding your planned shoot is essential if you want your video to come out on tape the way you envisioned it. PowerProduction Software makes Story Board Artist ($799), a program that allows you to plan your video with a series of pictures illustrating the look of each shot. There are also programs that will log your tapes, such as Dubner International’s Scene Stealer ($960 with hardware). Scene Stealer is a combination program that also allows you to storyboard your production and breakdown your script. You can use these programs not only for preproduction, but in post production as well.

Desktop Video doesn’t always mean using your computer to edit video, but if you’re really serious about harnessing the potential of a computer in your video production, sooner or later you’ll consider computer-based nonlinear editing. Nonlinear editing gives you the freedom to use your shots in any order, and quickly move things around to fit your vision. The first step of editing video on the computer is getting the video from the camcorder onto the computer’s hard drive. There are two main ways to do this: you can either use a video capture board to digitize the information from your camcorder, or you can use a FireWire port (in conjunction with a FireWire-equipped Mini DV camcorder).

Pinnacle’s miroVIDEO DC50 ($1,995) is a new capture board. It allows you to capture video at 60 fields per second. Truevision’s Bravado 2000 ($899) is another capture board that lets you capture video from any camcorder onto your hard drive.

If you want to go the FireWire path, you need to get (in addition to a FireWire-equipped camcorder) an IEEE 1394 capture card for your computer. One of these cards allows you to transfer video digitally from a Mini DV tape directly onto your hard disk, with no loss of signal or image quality.

Adobe Premiere 5.1 ($895) is the latest version of the long-popular nonlinear editing software. It allows you to make cuts, add transitions and titles, edit your sound and even overlay your video with multiple layers of video. Ulead makes MediaStudio Pro 5.2 ($595) which is a similarly-powered nonlinear editing program.


If you want to get right to editing video in a nonlinear fashion, without having to configure a computer, you can consider a turnkey nonlinear editor. Simply plug it in and start editing. One of the most famous turnkey systems is the DraCo Casablanca ($3,995 for the 4GB model). The Casablanca is a stand-alone box (about the size of a VCR) that is designed exclusively for video production. It’s unique interface is easy to use and it’s small size make it easy to transport.

You might, however, want to get a turnkey system without sacrificing the upgradeability of a personal computer-based system. ProMax Technology makes the FireMAX Studio ($3,995), a Power Macintosh-based turnkey system that includes a G3 266MHz processor, 160MB of RAM, a 19-inch RGB monitor, a 13-inch NTSC monitor, a 13.6GB hard drive, a FireMAX-C FireWire card, Adobe Premiere 5.0 and one year of toll-free support.

A popular low-cost computer-based edit controller is the Videonics Video Toolkit ($279). This Windows 95/NT or Macintosh A/B-roll system will handle your basic linear editing needs with ease. New to the field is the Play Inc., Trinity ($4,995). The Trinity allows you to do linear editing and live video switching.


Some systems perform the duties of both a nonlinear editor and a computer-based linear edit controller. This type of system is preferred if you produce videos of varying length and style. When you make a short two minute video, you may want to stun the audience with flashy edits and titles that are easiest to create on a nonlinear editing system. However, if you shoot long event videos such as weddings, linear systems are preferred, because of the enormous amount of hard drive storage needed to fit a two-hour wedding onto a nonlinear system.

Another entrant in this category is the FAST Multimedia Video Machine ($3,995). This Windows 95 editing system reads and writes time code, and allows you to perform nonlinear titles and transitions and linear A/B-roll edits.


If you have a video capture card that does not capture sound, or if you want to edit audio on your computer without editing video, you’ll need to consider the field of audio capture cards. With an audio digitizer or sound card you can capture clips of audio (music, sound effects, etc.) to import onto your nonlinear editing timeline.

A new entrant into the category this year is Creative Labs Soundblaster Live! ($200). This board not only has mike and line inputs, but it also allows you to transfer digital audio from DAT (Digital Audio Tape) directly to your hard drive (much like a FireWire port for video). This is great for videographers who create their own music and sound effects. Another hot sound card is Turtle Beach’s Multisound Fiji board ($400).


It is easy to create amazing animated 3D titles using your computer. Crystal Graphics 3D Impact! Pro ($99) creates the moving 3D titles like the ones you are used to seeing on TV. Innovision Makes Alpha CG ($399-$799) in a variety of versions for different editing systems (FAST Video Machine, Speed Razor and Pixelock). Both of these titling software packages allow you to add motion to titles, and create transparencies and drop shadows. If you use your computer for nonlinear editing, you can add the titles into your final renders. But wait. If you want to use the computer for generating titles, you need some more hardware.


A genlock is a piece of hardware that allows you to sync two separate video sources. This is important if you want to do effects like superimposing titles over a moving video source. Some boards allow you to do chromakey effects (like the weatherman walking in front of the satellite map), but not all of them.

Video International makes the Pixpool genlock board ($2,195). This internal board fits into your computer like a video board or modem. AVerMedia makes the AVer Overlay Box ($499) an external box that interfaces with your computer.

The easiest method of getting your computer to display on a TV is to use an external scan converter like Focus Enhancement’s TView Gold ($299) or AITech’s Pocket Scan Converter ($139). Both of these products easily plug into your existing VGA board (where the monitor plugs-in) to convert your signals, without having to crack the computer’s case.


If you are editing with a nonlinear editor, you may want to add more transitions, make your video look like old Super8 film, add a swirling psychedelic background or perform other special effects beyond what your nonlinear editing software does. For this, you need to get special effects software.

Another special effects program is Morph from Gryphon Software ($69). Morph is a stand-alone special effects package that performs one effect–the fancy "morph" of one subject into another–that was popularized by the movie Terminator 2, and then over-used by every television commercial for two years after.


Another way to incorporate your computer into your video productions is by adding computer animation. While you might not have the computing power and patience to make the next A Bug’s Life, you can make stunning short animations with your average PC. Bryce 3D from MetaCreations ($199) is an easy-to-use 3D animation program that can make stunning landscapes. If you are making a science-fiction or fantasy video, a program like Bryce 3D could make some unbelievable establishing shots, and you don’t need to be an artist or a computer wizard to make it happen.

Another popular animation program is NewTek’s LightWave 3D 5.5 ($1,995). Originally designed for use with the Amiga-based Toaster/Flyer, LightWave is one of the heavy hitters of the 3D animation world. It can make professional-level animations like those you may have seen on TV shows like Babylon 5.


Desktop video is here to stay. The tools for creating and editing video in a digital environment are getting increasingly affordable. That’s good, because by using the new tools available to them, videographers have an opportunity to turn the screws on their productions, and take them to the next level. There are many turnkey systems that are extremely easy to use, and you don’t have to be an ber-geek to use them. The jump to desktop video is within everyone’s reach. Even if you can’t afford, or have no desire to completely digitize your video, you can use the same PC that you use for Internet access and word processing to do some amazing things with your video. So gear up with the products listed in this buyer’s guide, take a deep breath, and step into the future of video.