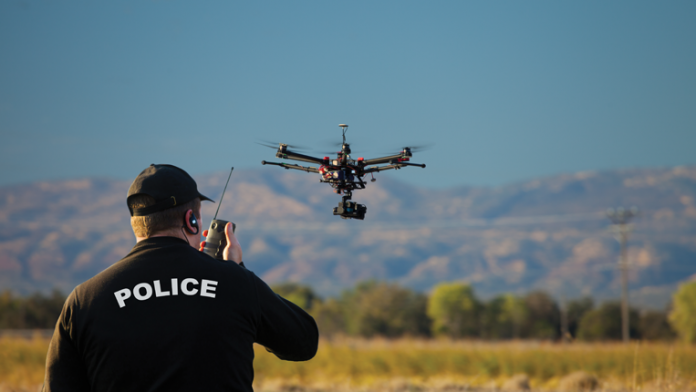 Whether you’re a seasoned videographer looking to capture stunning footage from previously unreachable heights or a beginner looking to have some fun with a flying video camera, it’s increasingly important to be aware of the dos and don’ts of the practice.

What is the current state of drone video legislation in the USA?

At the broadest level, the truth is that there is currently no federal legislation regarding drone use.  While the Federal Aviation Administration (FAA), which regulates and oversees civil aviation (that is, non-military flight), has promulgated a “framework of regulations that would allow routine use of certain small unmanned aircraft systems … in today’s aviation system,” no federal law exists that directly tackles the issue.  Indeed, given this gap in federal legislation, many states have taken it upon themselves to put forth state drone laws and bills.

How do drone laws vary from state to state?

While drone laws differ from state to state, the American Civil Liberties Union (ACLU) tracks these state laws rather closely. That’s not to say that there haven’t been attempts to fix this – Senator Edward Markey of Massachusetts in 2013 proposed federal legislation promoting transparency and privacy for commercial and government drone use.  But to date, no federal legislation has been passed.

A recent Congressional Research Service report recalled Supreme Court Justice Louis Brandeis noting, “It is one of the happy incidents of the federal system that a single courageous state may, if its citizens choose, serve as a laboratory; and try novel social and economic experiments without risk to the rest of the country.” The report went on to say, “The states are best situated to experiment with various [drone] policies to determine the most appropriate legal framework for their state. Others have countered that applying a patchwork of 50 different privacy regimes would be over-burdensome on both public and private users of [drones]. According to the National Conference of State Legislatures, by the end of 2014, 20 states had enacted laws addressing UAS issues."

State laws center on the use of drones by law enforcement, though broader implications do exist. For example, 2013 Wisconsin Act 213 states, “[n]o Wisconsin law enforcement agency may use a drone to gather evidence or other information in a criminal investigation… without first obtaining a search warrant.” It also explains that “[w]hoever uses a drone… with the intent to photograph, record, or otherwise observe another individual in a place or location where the individual has a reasonable expectation of privacy is guilty of a Class A misdemeanor.” Similarly, Indiana’s House Bill 1009, while placing a requirement on law enforcement officers or government entities to obtain a search warrant in order to use an unmanned aerial vehicle, also goes on to note that any other person who “knowingly or intentionally… records images or data of any kind while unattended on the private property of another person without [his consent] commits a Class A misdemeanor.” Texas has enacted the most detailed of these laws, permitting, for example, owners and operators of pipelines to use drones for purposes of inspection as well as university professors for “scholarly research.”

One of the central distinctions made by the FAA with regard to assessing the legality of drone use is whether that use is for recreational or commercial purposes.

Despite federal silence on the matter, the FAA does have a set of rules aimed at regulating the private use of drones. One of the central distinctions made by the FAA with regard to assessing the legality of drone use is whether that use is for recreational or commercial purposes. According to www.knowbeforeyoufly.org, which was founded by three leading drone-safety organizations and is partners with the FAA, recreational use of drones is considered “the operation of an unmanned aircraft for personal interests and enjoyment. For example, using a [drone] to take photographs for your own personal use would be considered recreational.” On the other hand, “using the same device to take photographs or videos for compensation or sale to another individual would be considered a commercial use.”

While the distinction between the two may be somewhat ambiguous, knowbeforeyoufly.org goes on to say that an essential distinction is whether the use of a drone is connected to a business, including selling captured photos or videos, providing contract services such as industrial equipment or factory inspection or providing other professional services such as security or telecommunications. Some listed examples of commercial uses are “[p]rofessional real estate or wedding photography…, professional cinema photography for a film or television production [and] providing contract services for mapping or land surveys.”

In fact, this distinction has been acted upon. According to dronejournalism.org, as of February 2014, the FAA had sent 17 cease and desist letters to drone operators in the United States since 2012. While most of those operators were in fact offering services for hire, as recently as March 2015, the FAA went a step further and sent a cease and desist letter to a hobbyist, Jayson Hanes, who uploaded video footage on YouTube that he had captured on his drone. The FAA figured that, while Jayson was not necessarily engaging in direct commercial activities, the fact that YouTube allows monetization of video uploads commercialized his video. Jayson maintained that he did not receive any money from Google, YouTube or any other party. The complaint to the FAA about Jayson came from a third party. The FAA often learns of drone video footage through third parties such as media websites or individuals who contact the agency directly.

It sounds draconian, but luckily the FAA wisened up quickly. While not citing Jayson’s or any other particular instance, the FAA issued a directive in April 2015 titled “Aviation-Related Videos or Other Electronic Media on the Internet,” where it noted that due to an “escalating number of videos or other electronic media posted to the Internet which depict aviation-related activities… the FAA must have acceptable evidence in support of all alleged facts in order to take legal enforcement action.” The directive reminded inspectors that media posted on the Internet is only “one form of evidence,” generally “not sufficient” on its own and most importantly, that inspectors themselves have “no authority to direct or suggest that electronic media posted on the Internet must be removed.” This is good news for you drone enthusiasts wanting to share your exciting, often breathtaking footage with the world.

On one hand, no broad legislation exists to protect privacy specifically with respect to the use of drones. Many individual state laws, however, do preclude individuals from flying drones into and recording individuals on private property without their permission, and subject individuals who do so to criminal and/or civil penalties. Here, generally accepted state laws and court decisions regarding privacy and trespass apply to drone operators.

On the other hand, some believe that the lack of drone-specific privacy laws is not an issue — that existing laws are already in existence. The International Association of Privacy Professionals (IAPP), a global not-for-profit privacy information organization, notes that existing tort law is good enough.  Specifically, the IAPP argues that privacy torts such as intrusion, public disclosure of private fact, trespass, and nuisance already provide privacy protection. In either case, the issue of privacy in the face of the growing use of drones, while not set in stone, is a topic of constant debate. As drone-related law and policy move forward, privacy implications are bound to be ironed out as well.

What laws are in place to keep the public safe?

The FAA cites safety as one of its biggest drivers in drone regulation. Presently, commercial use of drones is prohibited without an authorized exception, especially while the FAA continues to propose rules in its effort to incorporate drones into the national airspace. The new rules, which would affect mostly hobbyist drone users, are designed to “maintain today’s outstanding level of aviation safety without placing an undue regulatory burden on an emerging industry.” Some of the rules include the requirement that the person flying the drone be a designated “operator,” who must be at least 17 years old, pass an aeronautical knowledge test, and obtain an FAA [drone] operator certificate. To maintain certification, the operator would have to pass the FAA knowledge tests every 24 months.” Rules to minimize other risks include always seeing and avoiding manned aircraft, assessing weather condition, airspace restrictions, and the location of people, not fly over people and be limited to 500 feet in altitude as well as 100 mph. Still, these are proposed rules, which means that today a hobbyist can essentially do what he or she wants within reason.

Ultimately, there are very few "laws" that deal with drone safety. Instead, there are self-regulatory and technical efforts, such as “no-fly zones,” where companies have installed protective technology that might, for example, automatically land drones or render them unable to gain altitude. DJI, the manufacturer of the drone that crashed on the White House lawn earlier this year, has implemented a no-fly zone in Washington D.C. While not perfect or far-reaching, proposed FAA rules as well as self-imposed no-fly zones are active steps in the direction of regulating public safety.

Remember: your activities in the air may have consequences in a courtroom on the ground.

Roman Zelichenko is a graduate of Brooklyn Law School and currently works in the financial sector. Mark Levy is an intellectual property attorney based in upstate New York.