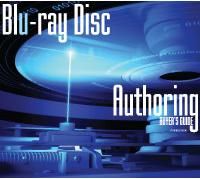 So this is how life turned out, post-HD disc format war

The high-definition juggernaut has started gaining momentum with the world of videography since the original JVC GR-HD1 shipped back in 2003 – before the HDV format even had a formal name or trade group surrounding it. AVCHD came along in 2006, utilizing the more-advanced H.264 codec. 2006 also saw the introduction of both HD DVD and Blu-ray Disc. Blu-ray Disc is the format that has emerged triumphant in the recent format war, effectively stomping out the HD DVD format.

How ever the war ended, at least it did end. And just in time: there was a serious need for another high-definition distribution format – and quick. Blu-ray Disc represents a particularly user-friendly way to distribute high-definition video. Sure, if your audience is computer-literate, there are litanies of codecs that can handle HD. And you could share raw HD footage, but that’s considerably more tricky, what with the significant differences in acquisition formats between manufacturers. But Blu-ray is pretty easy to author and even easier to enjoy on an HDTV. While there is a fairly major price premium to get started, prices will almost certainly drop with time.

To celebrate the victory, we present a buyer’s guide of all things Blu-ray Disc.

What’s the big deal about Blu-ray Disc, anyway? A quick look at any spec sheet you’ll come across will nail it for you: a single-layer BD-R can hold 25GB of data, compared to a single-layer DVD-R’s 4.7GB or a regular CD-R’s 700MB.

There are two primary types of Blu-ray Discs: BD-R is the standard write-once flavor, while BD-RE is a rewriteable version of the format. Both single-layer (25GB) and dual-layer (50GB) blanks exist for both BD-R and BD-RE variants. Just as with DVDs, there are price premiums for both dual-layer media and rewriteable media, so the baseline media is the single-layer BD-R.

DVD-Rs, purchased in quantity, can deliver storage for prices starting at about five cents per gigabyte (considering you can get a spindle of 100 blank DVDs for $22). A single 25GB Blu-ray Disc, on the other hand, now goes for around $15, or sixty cents per gigabyte. We expect to see the price of media eventually drop a bit, but we’d be a bit surprised to see the cost of media drop as quickly as costs have dropped for blank DVDs.

The price of burners has dropped quite a bit already, but prices will almost certainly drop further. One of our favorite places to buy computer hardware has a Blu-ray Disc burner for $350. (The same place has DVD burners for a paltry $25.)

It’s a matter of time before prices start sliding, but Blu-ray Disc burners are not yet at the commodity level of DVD burners. Whether Blu-ray media burners do become a commodity is a question of microeconomics – specifically, of how rapidly and widely adopted the format will be over time. From our observations, consumers are not adopting Blu-ray Disc as quickly as they adopted DVD, and the reason for that is probably the format war that manufacturers should have avoided.

The good news is that the software you already use for authoring DVDs might already be aware of Blu-ray Disc. Adobe Encore CS3, in particular, makes jumping over to Blu-ray Disc very easy – there are separate transcode settings for Blu-ray Disc, and you just have to change a couple of build settings in the menu to get the Adobe Encore CS3 program to output to a Blu-ray Disc.

The even better news is that, if your source material is already coded as MPEG-2 or H.264, only a quick reprocessing step is needed to output the video – it doesn’t have to go through a full render process.

Some software requires a plug-in (at additional expense, generally no more than $30 or so) to add Blu-ray Disc-burning capabilities.

Cookin’ with a Laser…

We’re happy to see that Blu-ray Disc is proving to be a reasonably accessible new technology – and it helps tremendously that we all got a head start on the steps that are involved by being involved in the earlier DVD-burning revolution.

And if you can’t afford it now? Don’t feel too bad. We’re still very much in the early-adopter phase of this technology. The early adopters will happily help work out the kinks for you in the meantime.

Using history as our guide, we are sure that the next generations of authoring software will make the process more streamlined for first-time authors and will offer more powerful features to appease hard-core authors.

Side Bar:Footnotes in HDTV History

We have seen many HDTV-related products come and go already. While HD DVD was probably the most significant product to come and go, there were a few others worth mentioning here.