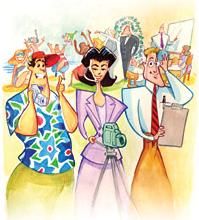 At Videomaker, we know lots of different kinds of videographers: moms and dads with kids, weekend professionals who shoot weddings, corporate trainers, you name it. And all of them wait patiently each year for this issue, because it’s the one that contains our yearly survey of digital video editing tools. The problem is, each Videomaker reader is different, and each one has different needs when it comes to digital video editing. Whether we’re talking about a full-featured turnkey video editing system or just the latest titling software, the types of products you should be looking for will depend heavily on what type of editor you are. With this in mind, we’re going to approach each of the ten product categories we’ve lined up for you this year from the points of view of the following people: