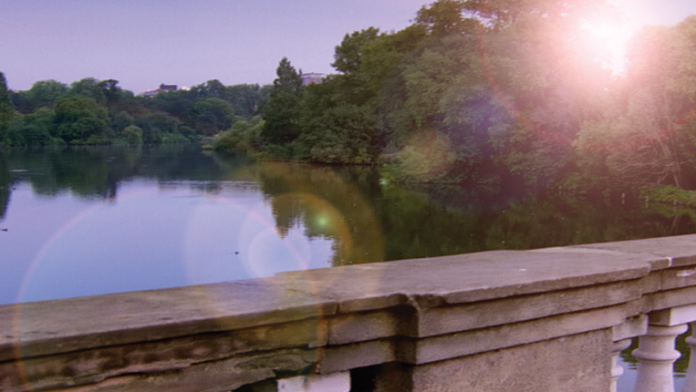 Ultimately, it's a decision you will need to make; however, high quality plug-ins that save time or allow you to easily create assets that are beyond your technical skill are definitely worth their weight in gold. We'll look at some of the best products from some of the major plug-in publishing companies and briefly highlight their value.

Producing award winning plug-ins for years, Boris Continuum Complete is one of the best selling plug-in bundles available for After Effects (AE), Premiere Pro, Avid, Apple Final Cut Pro (FCP), Motion, DaVinci Resolve and Sony Vegas Pro. The features of each plug-in bundle differ slightly depending on the host software, ranging from 175 to more than 200 comprehensive visual effects and filters. From 3D particle effects to lens flares to color correction and color grading tools to film grain to optical stabilizers, there's enough here to spice up any project. The price for Continuum Complete varies depending on the intended product host starting at $595 for the Sony Vegas plug-in to $1995 for Avid. Boris recently announced the ability to purchase some of the individual plug-ins from Continuum Complete and those start at $199.


Boris RED is another best seller. Claiming to be the only integrated 3D compositing, titling, and effects application to deliver unparalleled performance to Adobe, Apple, Avid, Grass Valley, Media 100 and Sony, RED allows you to access its wide range of features right from your editing timeline. It also adds a stand-alone engine for effects creation and rendering. RED integrates broadcast-quality text generators with paint, rotoscoping and a full suite of tools to create and extrude vector objects, true 3D shapes and animation. Boris also claims that RED has the industry's most comprehensive image processing filter suite all bundled together for just $995.

Two of CoreMelt's most popular plug-ins are SliceX and TrackX; they are both powered by Mocha and feature one click motion tracking. Their other plug-in suites include products for color correction, visual effects, filters, transitions, graphics and video stabilization; in fact, CoreMelt says that their video stabilization is the fastest for FCP, Premiere and AE. One advantage of CoreMelt is that one plug-in license will work on all host platforms of FCP, Motion, AE and Premiere. Prices range from $79 – $279, and they offer customized bundles for additional savings. CoreMelt also provides free upgrades to their software as well as free trial versions of all their products.

Beauty Box put Digital Anarchy on the radar. Catering to the fix-it-in-post mentality, Beauty Box is a skin retouching plug-in, a product that is very valuable if shooting harsh, high contrast digital footage that shows every line or blemish on a person's face. Beauty Box Video supports AE, Premiere, Assimilate Scratch, Avid, Resolve, FCP, The Foundry Nuke and Vegas retailing for $199. Beauty Box Photo provides retouching ability for stills and supports Photoshop and Aperture; it retails for $99. Digital Anarchy recently announced their free Beauty Box App for iPhones and iPads. Digital Anarchy does have other plug-ins available, including some great bundle offers. They also offer free trials for their products.

Filmconvert claims to have the best film emulator around. They have plug-ins to work with AE, Photoshop, Premiere, FCP, Motion, Avid, Resolve, Vegas, Scratch or as stand-alone software. Plug-ins for the individual platforms range in price from $99 to $199. You can also purchase a bundle that includes plug-ins for all software platforms at $799.

FXFactory offers a lot of great plug-ins at inexpensive prices. Prices tend to range from $29 for Luminaire, a plug-in exclusively for FCP that features lighting effects, to $99 for a very practical Subtitle plug-in that works with FCP, Motion, AE or Premiere. FXFactory’s Stereo 3D Toolbox is their most expensive product at $799; designed for FCP, Motion, AE or Premiere , it’s a very practical plug-in if you're producing stereoscopic content.

GenArts Sapphire is a professional grade plug-in that boasts being a key component of effects on Oscar nominated films over the past 17 years. There are more than 250 photo-realistic effects, and with the new builder component, you can create new, customizable effects by combining pre-existing Sapphire effects together. Sapphire works with Adobe, Autodesk Smoke and Flare, Nuke, Resolve and Avid. An Avid permanent license is the most expensive at $2800. All other platform licenses cost $1699 each. It's important to note that each permanent license comes with one year of free updates and support. It also comes with additional free licenses for rendering. If you use Adobe Creative Cloud, you can purchase a subscription version of Sapphire at $499 a year or $149 for three months. A free trial is available for Sapphire.

GenArts also makes Particle Illusion. With more than 3000 presets and ready-to-use effects, it works with Adobe CC, Nuke, Vegas Pro or as a stand-alone. Monster GT is a VFX plug-in bundle that includes physics based particle effects, fluids, fire, smoke and other natural phenomenon. Many of the effects in Monster GT can also be purchased separately as a theme pack or mini packs. Monster GT is available for Adobe CC, Autodesk, Nuke and Vegas. You’ll need to contact GenArts for sales information on these products.

If you've worked in Sony Vegas, chances are you've already used some New Blue FX tools that were included with your software such as Titler Pro, Chroma Key Pro, Garbage Matte, Picture in Shape, Saturation EQ and iZotope Nectar Elements; however, New Blue FX has so much more to offer. NewBlue TotalFX provides more than 1400 presets in 129 plug-ins in a comprehensive professional collection of their tool suites for titling, transitions and video effects. The complete bundle is $1499, but you can also buy the plug-in suites individually such as the advanced compositing tools of Elements, the color correcting techniques and aesthetics of Filters and the dynamic titling capabilities of Titler Pro 3. Plug-ins are designed for Adobe, Apple, Avid, Grass Valley, Sony, Blackmagic Design and Telestream. Pricing ranges from $84 – $499 depending on which suite you select. Trial versions are available for each of the individual plug-in suites.

Red Giant is another award winning publisher of plug-ins. They recently introduced Red Giant Universe, a community that gives video editors and motion graphic artists access to a growing library of cloud based tools, effects plug-ins and transitions, many of which are free! Designed to work with Premiere, AE, FCP, Motion and Vegas, Red Giant Universe also has a premium subscription starting at $10 a month. With an ever expanding and updating service, the free tools are nice!

Other popular Red Giant products include Magic Bullet Suite, which features seven tools including color correction, film looks and their popular Denoiser plug-in. It retails for $799. The Trapcode Suite offers some of the best lens flares with Knoll Light Factory and some wonderful particle effects; it retails for $899. The Shooter Suite includes some of the best features from Magic Bullet like LUT Buddy. It also has a similar DeNoiser plug-in, but the best product from the Shooter Suite is PluralEyes, the leading industry tool for audio syncing. At $399, the Shooter Suite is definitely worth the money for the time you can save just with the PluralEyes plug-in. Other products include the Effects Suite at $499 and the Keying Suite at $799. Red Giant does offer free trials on all of their products.

SmartSound makes workflow plug-ins for their Sonicfire Pro software so you can quickly and easily interface your music with Premiere, AE, FCP, Vegas, Avid Studio or Pinnacle Studio. The plug-in prices range from $29.95 – $49.95.

While Video Copilot is well known for some of their stock footage such as MotionPulse for sound effects and design as well as their 3D builders such as Metropolitan, which as the name implies can create cities, they also have some great plug-ins for 3D objects and particle effects. Element 3D V2 is a high performance plug-in designed for AE for creating motion design and VFX. Priced at $199, it is GPU accelerated and allows you to work with real 3D objects and textures, which is normally a problem for AE. Other plug-in suites are available including their Optical Flares package which is available for AE and Nuke starting at $124.95. Video Copilot has an Ultra Studio Bundle that retails for $699.95 and includes their plug-ins, 3D packs and stock FX.

Be sure to double check the software and system requirements for the plug-ins you want to purchase. If you're using older 32-bit editing software, there's a good chance that the latest plug-ins won't work with your software since most programs are now being designed for 64-bit systems. Some plug-ins are incompatible with certain computer hardware while others can be RAM intensive. The best way to know if a plug-in is going to perform well on your computer and with your host platform is to test out a free trial, if available.

While plug-ins can be expensive, at times costing as much as, if not more than, your editing or effects software, you have to decide how valuable is your time? If a plug-in can expedite your work low or add creative flair to your projects that either you or your software is incapable of, then it's probably worth the price.

We've already mentioned some wonderfully freebies including content on Red Giant Universe. Here's some other plug-ins you might enjoy:

Digital Anarchy has some great products that do exactly as their name suggests such as Ugly Box , Cartoon Bubble and Flicker Freak. If nothing else, these are really fun to play with!

Core Melt offers 10 free transitions and 33 plug-ins from their various products lines all for free. These include a cool plug-in from Shatter and 14 audio tools from their VeeYou plug-in. They also offer 10 free Motion templates for FCP.

FXFactory also offers 14 free plug-ins including their Star Titler, which lets you create opening graphics similar to those from Star Wars. Some of their other plug-ins include a neutral density gradient filter and a barcode simulator.

Free plug-ins are always great especially for the editor who has no prior experience using plug-ins. If you're on the fence about buying a plug-in and don't want to spend the time with a software trial that has a watermark, try the free plug-ins first.