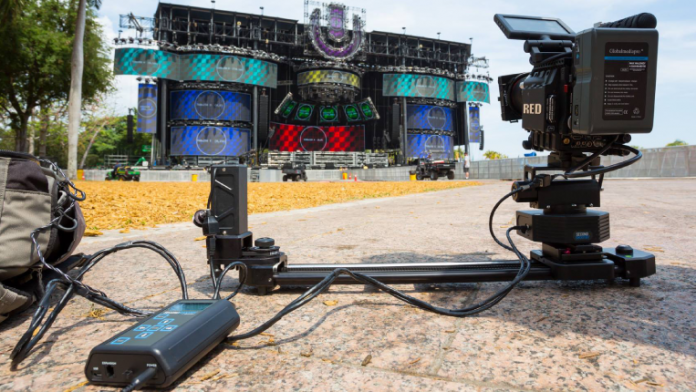 Motion Control systems allow video shooters to capture smooth, controlled and ultra precise camera movements. Many provide the ability to shoot both live action and time-lapse footage. For the videographer, trying to decide what motion control system to purchase can be a daunting task. With so many options available, where does a videographer start?

Motion control systems are primarily comprised of a motorized unit, to which the camera is attached, a track where the unit rides and a remote control that gives the user the ability to control the speed, pan, tilt, and duration of the movement. Analog systems allow the user to manually control all elements of the movement; whereas digital systems allow for both manual and programmed moves of the camera. Depending on your needs different system set-ups may work better for you than others. Some are single units that will work with virtually any equipment, while others are static and contained systems that can only be used with its given accessories. What you buy should be based specifically upon your needs as a videographer. The systems mentioned below offer a diverse array of system setups, features and prices.

Kessler Crane, arguably one of the better-known names in motion control and video systems as a whole, offers multiple motion control packages that will appeal to videographers of all skill levels and budgets. Their most affordable package, the Elektra Drive, is an analog motion system with a starting price of  $249. Elektra Drive is a compact and basic system that will appeal to the novice videographer looking for an affordable system.

Kessler also offers two digital systems, Second Shooter and Cine Drive. Both of these systems are configurable and programmable but also allow for manual moves. Second shooter is the more affordable of the two starting at $699. The CineDrive is more versatile and more advanced with multi axis motors and the ability to be controlled remotely through an app on a tablet. The CineDrive starts at $2199. Both of Kessler’s Digital systems allow for time-lapse shots. The digital systems are also better suited for high-speed shots.

Edelkrone’s sliders ($499-$999) have the capability to be used as motion control units. To do this the action module ($699) and target module ($699) need to be purchased and added to the slider. Together these systems do allow for more precise control, but that precision comes at a higher price. The whole system costs between $1897 and $2397. This system is suited best to the prosumer looking for a more precise system. One other drawback to this system is that it isn’t as versatile as others in terms of the types of movements it can perform. This is a great system, however, for high-speed video because it is very smooth and precise.

Matthews, a well-known brand in the motion control industry, offers the DC Slider motion control system. It allows for manual and programmed movements and has nine memory banks to store movement data. This system is geared toward the professional and prosumer buyer who needs precise control. This system is priced at $2199.  Floatcam, a Polish equipment purveyor,  sells another motion control option that is virtually a carbon copy of the Matthew system. They offer two systems ranging in price from $1830 – $2074.

Kessler, Edelkrone and Matthews offer standard motion control systems that span the price ranges of every consumer group from hobbyist to professional. These systems allow for smooth and controlled movements., and the more expensive systems generally allow for pan and tilt motion in addition to linear motion. While these systems are relatively standard there are some newer systems entering the market that are more unique and versatile.

Syrp, a New Zealand company, has recently entered the motion control market with their motion control system, the Genie. The Genie is unique in that it is a portable, versatile and easy-to-use system for all levels of video shooters. The system is built with both the novice and experienced shooter in mind. It has the ability to shoot both linear and panning motion as well as time-lapse and real time shots.  Syrp says that will work with any equipment on the market. The firmware also allows for bulb ramping during time-lapse shots, which is incredibly useful when it comes to changing lighting conditions such as sunrises, and sunsets. For the novice shooter, it also has built in presets for time-lapses of people, clouds and sunsets.  One drawback of the Genie is that it does not allow for remote real time control. At $899, the Genie is definitely a great choice for the prosumer shooter looking for a versatile and compact system.

The axis360 may seem expensive, but it’s not a bad price for what you get.

A 32” slider with all three-motion unit options goes for $1699, which is expensive but is not a bad price for what you get.  It also is suitable for high-speed, time-lapse and stop-motion photography.

eMotimo is another option for motion control that uses a 3-axis head unit mounted to a slider for linear movements. They offer two versions, the TB3 Black and the TB3 Orange. Both systems use stepper motors to achieve smooth shots for both time-lapse and real time shots. They can be controlled manually or programmed for movement. The black version has the ability to perform three-point movements and also has an updated firmware that allows for better power usage and more control and versatility over the orange model. The TB3 black is priced at $999 and the orange is $859.

Syrp, Axis360 and eMotimo offer systems that are a newer take on the standard motion control system. While their products can be used as a standard system many offer greater versatility and more features than your standard slider motion control system. It is also worth noting that having the ability to bulb ramp natively in the firmware is a very nice feature when shooting time-lapse in outdoor and changing light conditions. Almost anything above these systems is suited more for a professional videographer and full time studio. Both the price and features of these high-end systems are marketed and made more for full time, large budget studios who require maximum control when shooting.

camBlock’s Adventure system with a starting price of $11,500 is definitely made for the experienced video professional. It is similar to the Syrp Genie in its design with a single motion unit that rides along a track, but is much bigger and more advanced than the Genie. It allows time-lapse, linear and dynamic movements and is incredibly versatile and easy to set up. Its only real drawbacks are its size and price. Unlike many of the other systems mentioned here, this system is quite large and expensive. For the professional looking for a high-end and incredibly versatile system, this is a great option.

Overall for the hobbyist looking for a quality motion control system without breaking the bank, Kessler and Syrp offer some great options that are versatile and smooth but will still be affordable. For the prosumer and professional videographer looking for top-of-the-line versatility, Kessler and Syrp still are good options, but Edelkrone, Matthews and Axis360 may better serve your needs.  For professionals with a larger budget seeking the best motion control has to offer, camBLOCK might be the best option. For high-speed and time-lapse footage a digital system is advisable because it allows for more control and more precision. No two systems are exactly alike and they all have their advantages and disadvantages. Your work’s needs will ultimately determine what you purchase.

Chris is the founder of Studio 10 Films. He majors in Broadcast Communications and Business Administration at Florida Southern College and is skilled at shooting, directing and editing.