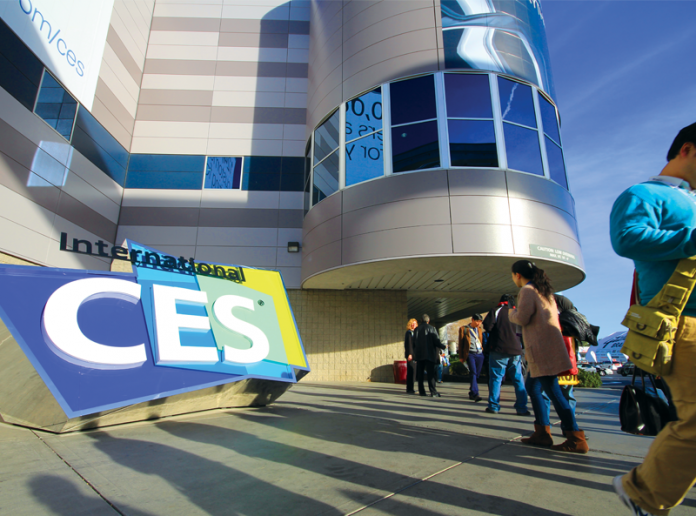 For one week per year, the glitz of Las Vegas pales slightly in comparison to the electronics tradeshow known as International CES 2014. The event brings out practically every technology company on earth to display the newest and latest digital trends, although a few of the usual major players like Microsoft, Apple and Blackmagic Design were absent. This year the Las Vegas Convention Center and several nearby hotels hosted more than 2,600 vendors and boasted the most new products in CES's history.

As you might imagine, the convention center halls are filled with lights, sounds and color and it is very easy to get distracted. (Wow, is that a robotic window washer? A 3D printer that prints in chocolate!) Scattered among smart cars, drones and tablets there were plenty of new video production innovations. At CES 2014, the biggest buzz words were 4K, wearable and sharing.

The 4K Revolution has Begun

All the major television manufacturers were displaying some kind of 4K screen and we saw a big trend toward curved 4K screens. The manufacturers claim that the curved image reduces glare and gives a better viewing experience. In a side by side comparison, however, the curve was barely noticeable until you get into screens larger than about 40-inches.

As we look at 4K it's important to understand what that term means. The current standard for HD video is 1920×1080. That means the image is 1920 pixels horizontally, so it's nearly 2,000 pixels wide. With 4K you are looking at an image with width that is roughly double the size or about 4,000 pixels wide. There is still some question on standardization. One of the first cameras to hit the market with 4K video was the RED ONE in 2007. It boasts an image size of 4096×2160, the going size for digital cinema projection. At CES 2014 many of the screens listed as 4K were 3840×2160, or Ultra HD.

The current challenge is that 4K has not hit the broadcast market, so getting 4K content onto your television may take some doing. One big CES announcement was from Netflix, which will begin streaming movies in 4K later this year.

The good news is that many of the large companies are prepared to roll out 4K cameras for consumer video producers. Both JVC and Panasonic had prototypes on display but little information was available at the convention. Sony is ready with its FDR-AX100. It was one of Videomaker's best of CES winners and shoots in 3840×2160, with a price tag of $2,000.

It seems like wearable technology was everywhere on the convention floor. This is mostly in the form of some kind of a fitness band or accessory for an outfit.

For video producers, wearables could also be called action cameras and, it seems, everyone has one. Of course, GoPro has dominated the market, with support products made specifically for HERO cameras. Many companies are jumping in and most are offering something that improves the image or interface. Many are offering these tiny cameras at the same or lesser prices.

Stepping it up this year, Panasonic announced that their 4K action camera is expected to be out in 2014. The booth had its HX-A100 on display, a return product from CES 2013. This camera fits into the category of wearable and 4K. It uses a unique headband that hooks securely over your ears. The wired lens module design places the controls in a box about the size of a deck of cards. It is designed to be a POV camera, and there are a variety of mounts for helmets and handlebars as well.

Sony was also showing an upgrade to its action camera line. The HDR-AS100V is slightly smaller than its predecessor the HDR-AS30. According to Sony the image quality is much improved over the previous models with an effective 13.5MP still image and video capturing on a 1/2.3" CMOS sensor. It also has built in GPS and Wi-Fi. It interfaces through NFC, the PlayMemories mobile app, or with a waterproof wrist monitor that allows video producers to view and control up to five cameras.

And speaking of GPS, Garmin, primarily known for its navigation gear, has also jumped into the wearable camera market with the VIRB Elite. It is slightly larger than most but has a built-in color display and doesn't require an additional housing. There are two models available, the VIRB and VIRB Elite. The VIRB Elite features a GPS and Wi-Fi, plus the ability to interface with other Garmin products. You'll be able to start and stop your recording through Wi-Fi, or use Skiing Mode which senses when you’re on the move and records the good stuff. Garmin announced their new editing software that allows you to display information like speed, altitude and even heart rate on the video.

A feature we saw throughout the show was sharing in the form of built-in Wi-Fi and some type of unique app.

Another new entry into the action camera market is Vivitar. They have three models that look to be competitive. One is a camera mountable to a helmet that shoots 360 degrees. It's shaped like a hockey puck and contains four wide angle cameras that shoot all around. While it’s still in production, they plan to ship the camera with software that will allow you to edit the video from four separate lenses together.

Polaroid showed its C3, a unique, tiny 2-inch rubberized cube. It shoots video at 720p and stills at 5MP. Because it's really small, the size could be very versatile. What makes it unique are built in magnets to stick cameras together for mounting or wearing purposes.

The other must-have feature that just about every manufacturer showed development in was sharing. This is primarily in the form of built-in Wi-Fi and some type of unique app. The idea is that your camera will display images from that wearable device on your phone or tablet, something all video producers should enjoy.

One interesting entry from Liquid Image can stream video via 4G LTE. The Ego LS is due out in the summer. The unit is a small rectangle with a protruding lens and will connect to a separate sled that will allow the user to stream video anywhere 4G is available. This means you can share that awesome action footage right to the Web from wherever you are.

Sharing is not limited to the small cameras. JVC brought back for display its GC-PX100 that has Wi-Fi built in that will share stills and video to your phone or tablet. They also have a unique app called JVC Cam Coach, designed to record athletes and review the video and quickly produce highlights. JVC also had a new 4K camera on display, and with JVC’s history, it’s likely to be innovative and affordable.

Based on what was seen on the floor of this year's CES, it looks like the trend is toward smaller, wearable cameras that can see more angles. Video is being shared faster than ever. Perhaps soon, we’ll see cameras linked via 4G directly to your social media and YouTube. Look for manufacturers to bring more 4K entries into the hands of consumers; the line between what is "professional" grade and "consumer" has already been blurred.

It seems like the biggest crowds at CES 2014 were gathered around the booths that had something flying. Most of the camera companies were displaying their action cameras paired with a helicopter like DJI's Phantom quadcopter. Sony had its HDR-AS100V with the Phantom for some fun floating camera action.

Speaking of DJI, they had a larger copter with eight rotors displayed with a DSLR. Although there was not much information about the 8-propeller entry, DJI is well known for it's app controlled and easy to fly camera rigs. They also were showing the Phantom with a Zenmuse H3-2D Gimbal mount that allows you to stabilize and change the camera's angle in flight.

The French company Parrot had huge crowds watching its AR.Drone 2.0 quadcopter. With five on display, simultaneously "dancing" to music, with the images from the on-board cameras displayed on a nearby phone, Parrot staff was quick to point out that the drones are merely toys. The camera records H.264, 720p at 30fps.

Also AEE had a drone on display. It was very capable with 1080p 30fps or 1080i at 60fps, and developed for consumers, with control aided by a smartphone. Videomaker came away with a product spotlight of the AEE drone from the show floor.

As we’ve been doing for several years, we worked the CES showfloor looking for our favorite products that fit the Videomaker criteria of usability, affordability, durability and the “wow, we like it, we want it” factor. Click here to check out the Videomaker CES 2014 Spotlight Awards.

Jeff Chaves is the Chief Creative Officer of Grace Pictures Inc., which he co-owns with his wife, Peggy. He got his start as an Army Broadcaster in the 1980s and spent 12 plus years working in broadcast television. Jeff left broadcast television to pursue full-time ministry but has returned in recent years.