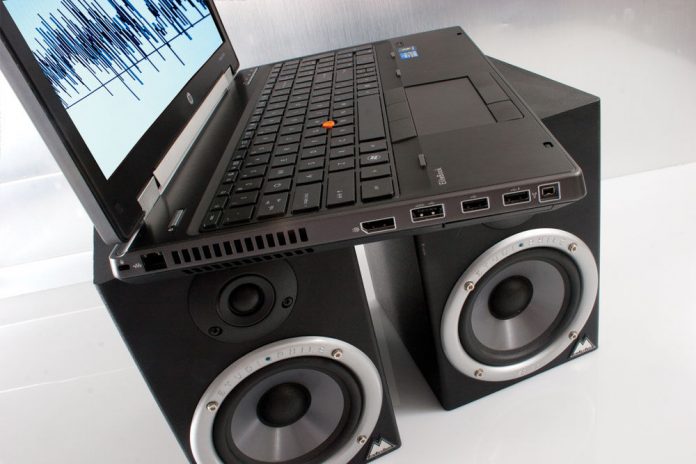 As anyone who has ever watched a horror film with the sound turned off knows, it is audio that adds the atmosphere to the movie. But for the audio to be properly integrated into the video, audio editing is required.

While the days of recording on tape are gone for many, the same difficulties suffered by analog recording technologies still exist, ranging from multiple microphones that have to be mixed together, bad acoustics that cant be modified on-location and even various environmental sounds that sneak their way into the recordings. While the ability to record digitally offers many advantages over analog, there are problems that are still likely to occur, thanks to Murphys law.

Prerecorded materials, meanwhile, also bring problems that need to be dealt with during the audio editing process; for example, the audio quality can vary widely from one source to another. Additionally, these recordings may need to be modified in order to conform to the audio limitations of studio or on-location recordings.

Audio editing programs have the distinct advantage of a digital environment in which to adjust, modify and assemble a complete audio track. The user is treated to a graphical interface that can group like-minded tools together, with varying levels of complexity and sophistication, manually handled or automatically activated. The complexity that can be found in audio editing programs can be broken down into three categories: the casual user, the prosumer and the professional. The differences between the three types primarily focus on the level of manual manipulation allowed, for example, the number of audio tracks, transitional effects and audio effects that can be manipulated, and whether the audio can be adjusted in a “real-time” environment or not. Still, all provide the tool set necessary to meld the audio to video competently, in a non-destructive manner that invites further exploration of the features.

The casual user most likely sees audio editing as just a necessary part of a family home movie or other hobbyist video project. The audio editing feature may be a stand-alone application or one found built into a program that has video as the main objective. This does not mean that the audio capabilities will be insufficient, but it is most likely that many of the processes will be automated or configured in order to provide fewer choices, thereby making it less confusing for the user. While audio editors of this type can be purchased for a low cost, they are most likely to be provided for free by a computer manufacturer (for example, Apple), or designed as “open” by the developers so that it can be used without charge by a variety of computer operating systems.

Apple iMovie – Free
iMovie is a free program provided with Apple computers as part of the iLife suite. Audio is an integral part of the program which provides a wealth of easy to use yet powerful features. For example, you can separate audio from a video segment, as well as “clip” the volume of added audio clips so that they are all the same volume. As another example, the Audio option of the Media button will let you add sound effects and music to the timeline, which provides a visual indication of the audios placement. Adjustments within the program are made using sliders and some point-and-click action.

Audacity/Free
Audacity is free to use and thanks to its open source configuration, will work with Microsoft Windows, Macs and even Linux. Features include effects such as sound equalization, noise removal and the ability to remove voices from the audio track. Importation of common audio files, such as WAV and AIFF, are supported. Audacity also gives you the availability to access an optional audio library for importing/exporting audio formats. The Device Toolbar is used to manage inputs and outputs, with a mixer board providing per-track volume unit (VU) meters.

The prosumer is more hip to what can be done with audio in a production, and so will be expecting to find greater flexibility and control in the audio editing program used. The audio being created may not be for professional use, but the results are of professional caliber, as reflected by the equipment used to create the audio, along with the combining and mixing of differing types of audio clips (for example, dialogue, music and sound effects). The audio editing programs here allow for greater manual manipulation, while the graphical interface provides more details on what is being applied to individual audio clips. This could be their position in the timeline or the manipulations that are applied. But automated systems are still found here to provide a faster path to completing a production.

Magix Entertainment MAGIX Audio Cleaning Lab MX/$60
Designed with an eye towards audio restoration, along with the usual editing and mixing, this Windows program tries to make it as easy for the user to digitize audio as it is to output the finished audio to an optical disc or mobile player (there is also a function to handle cassette tapes). The user-friendly graphical interface presents functionality in an uncluttered fashion, with real stereo editing and optimized visualization. Additionally, audio noise levels can be seen onscreen to allow the removal of specific unwanted frequencies such as cars, coughs, clapping, etc. Besides reverb and echo that can be applied to an overall track, there are more than 60 presets readied for automatic sound optimization. There are also audio-restoration wizards to simplify the process of sound cleanup.

SmartSound Sonicfire Pro 5/$100
Well suited for music editing, this program provides a wealth of customizable features and has a music-searching tool to simplify locating audio on the hard drive. The multi-track timeline interfaces with a video window, (permitting a simplistic approach to matching sound to video), and the instrument mix can be modified along the timeline at will, for example, dropping instruments behind dialog or removing them altogether. Timing control, so as to move musical beats in line with visual events is a given, as is the ability to export a pro-quality WAV or AIFF clip (or as a video/audio file). SmartSounds music library is available for purchase and the program can adjust tracks to a custom length.

Professionally oriented audio editing programs do not, as a general rule, sacrifice ease of use for power, but they do require a steeper learning curve in order for the sophisticated toolkit to be properly used. These programs provide a deep level of control over the audio tracks, including the ability to manipulate great amounts of audio tracks in a straightforward manner, with signal frequency range control as well as the expected “physical” manipulation. Detailed control of the MIDI environment, which includes hardware device control, is available. A real-time environment will allow for changes and modifications to the audio without the problems associated with latency. The cost of these are typically the highest of all the audio programs, but even with that said, they can be had for less than $500.

Avid M-AUDIO Pro Tools MP9 Professional Music and Audio Creation for M-Audio Interfaces/$300
The PC or Mac program provides studio-standard composing, recording, editing, mixing and MIDI sequencing control. It can function with up to 48 mono or stereo tracks (24-bit/96kHz) operating simultaneously. Pro Tools includes six virtual instruments that can be mixed with the pitch and time and each can be adjusted “on the fly” in an elastic fashion. It is compatible with off-the-shelf M-Audio hardware (interfaces) and added features are real-time audio and MIDI processing, a Loop Trim tool (turns audio/MIDI regions into loops) and a Dynamic Transport mode that lets playback operate independently of the current selection.

Adobe Audition CS6/$349
This program lets you record audio as well as edit and mix it. A low latency response means that the unlimited tracks can be mixed without delays. In addition to a complete audio toolkit, it has more than 50 audio effects and DSP (digital signal processing) tools. Native 5.1 surround sound is also supported. Time-saving features include automatic speech alignment, audio restoration tools and real-time clip stretching. Also available is control surface support – such as for those devices using Mackie Control and Mackie Logic protocols, along with AVI Artist Series control surfaces.

Designed with the professional user in mind, the visual interface is still sufficiently intuitive to not dissuade the lesser-experienced user (thanks to Sessions templates). The Media Browser tool includes a preview mode as well as an auto-play function.

Noise reduction, aka noise removal is an important and useful tool in audio editing. By reducing the noise inherent in most environments you will be able to enhance the audio. This is especially important when dialogue has a lack of consistency in volume. The procedure involves taking a sample of the audio clip and marking the noise level as a profile using tools in the audio editing program. This baseline becomes the standard to which the program will compare audio clips that have been recorded in the same environment. The filtering procedure then eliminates instances of that sample.

Marshal M. Rosenthal is a writer of technology and consumer electronics.