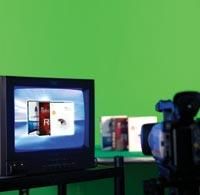 Whether you’re making movies, or corporate videos, in this virtual production world having the right video effects are as important as acquiring that Big Name actor once was.

In the past, video FX and compositing were techniques you might use in a project for a few special shots that needed strong visual effects, or a particularly complex color treatment. Today, these elements are important components in the production pipeline. From pre-visualization, to tests, animation and editing, right through to the final packaging, video FX and compositing applications are as essential to a digital artist as a paintbrush is to a painter.

There are a variety of video FX and compositing applications available to professional videographers as well as serious hobbyists. And you don't have to spend lots of money to acquire quality, state-of-the-art applications that will meet your needs — while also making your creative video project look like a big budget production.

At its root, a compositor performs two distinct tasks. First, you can use a compositing application to fix problems with your media. Examples would be correction of white balance and artifacts, stabilization and rig removal, to name a few. A good compositor can often save footage that is considered completely unusable by an editor.

Second, you can also use a compositor to create multi-layered sequences that can include basic elements for design, text treatments, particles, or green screen footage and animation.

Compositing applications excel at taking elements from different sources and combining them so that they appear as if they belong together. The classic example is the use of a green screen where a compositor is used to remove the green backing and replace it with another environment, either created digitally or shot practically.

Professional videographers as well as serious hobbyists are using video FX and compositing applications in creative ways. For example, Adobe After Effects 6.5 standard ($399) has been widely used in the industry for years for 2D and 3D compositing, animation and visual effects. Apple's Motion 2 ($299) specializes in animated text and other effects for film, video and even DVD menus.

There are two main situations where one would use video FX and/or compositing applications. One is as a pre-conceived creative choice. A user may want to do something dynamic such as have a person talking from the top of the Eiffel Tower overlooking Paris without traveling to France. A green screen, stock footage of the Eiffel Tower and good keying software would cost less than plane tickets and Parisian hotels.

The other situation would be if there was a problem with the video that needed to be corrected. Though there are classes, books and tutorials teaching the use of these numerous effects, many post-production artists learn by experimenting with the effects themselves. Since most updated versions of editing software let the editor work in real-time (without rendering), the editor can keep fine-tuning variables until the exact look is achieved.

The manual for your compositor can be an excellent resource, but there is a wealth of additional information available to help you sharpen your technique. Industry experts recommend the books, The Art and Science of Digital Compositing by Ron Brinkmann and Digital Compositing for Film and Video by Steven Wright as guides for novices and intermediate users. For software specific books, check out Peach Pit Press's large collection. There are also a number of instructional DVD works including the Visual FX Training Series by Desktop Images.

Effects, Tools and Terms of the FX and Compositing World

Depending on the video FX and compositing application, the parameters of being creative are virtually limitless — and generally contingent upon your imagination and budget. There are a variety of applications available to fit practically everyone's needs. Here's a look at some of the key features you'll want to investigate.

Chroma Key: Video compositing technique whereby areas of one color (usually blue or green) in an image are keyed out and replaced by another image. Plain blue studio backgrounds can be replaced by a landscape or the weather map. Each layer of video can be cropped, keyed, sized, positioned, or made transparent to expose the source video of the next lower layer.

Key Frame: A single frame or point in time where an important change takes place in the motion of an object.

Tween: The motion between two key frames. Software can automatically animate the motion of a subject between designated key frames. For example, if a bouncing ball had the first key frame designated at the point it touches the ground and the next key frame is the ball at its highest point in the air before falling again, the computer can draw in each frame between the lowest and highest points.

Path: A path consists of the general outline of an object. Paths can be open or closed and can be made up of a combination of straight and curved segments. Open paths are straight or curved lines which can have varying thickness by stroking the path. Closed paths are shapes that can have a stroked outline and a filled interior.

Paths can also be used to mask out or clip away portions of another image. These paths are referred to as clipping paths. Paths in graphics software are generally created using a pen tool, Bzier curve tool, or less commonly, a spline or b-spline curve tool.

Real Time: In the editing world, real time refers to the ability to see an effect without the need to render. With faster processor speeds, more RAM and/or faster real-time PCI cards, editing programs are able to do more and more real-time effects.

Rendering: Computer imaging stage whereby image process commands are applied to the actual image in every frame to produce the desired result. Can be used on individual clips or on a batch of multiple clips after your design session is complete.

After Effects, while popular, is not the only compositing and FX solution available. Here are just a few standout features in other applications.

Apple's Motion 2 ($299) offers a number of key features that have been incorporated into the application that simplified the process of creating compelling motion graphics. With Motion 2, Apple has added a completely new design tool called Replicator. It allows the user to take either a still image or a movie and with a simple click, you can replicate an image, dozens, or hundreds of times.

Serious Magic's Ultra 2 ($495), is a keying tool that removes a green or blue background and replaces it with something else. Ultra tool has a new feature that is exclusive to the application called vector keying. The idea behind vector keying is that it builds a virtual model of the background automatically with the click of a button.

Products like Matrox's RT.X100 Xtreme Pro ($1,099) are hardware and software bundles that work with editing software to provide real-time effects and compositing. With the RT.X100 (a PCI card/breakout box/Adobe Premiere Pro bundle), you don't need to render to get final analog or DV output to tape or MPEG-2 output for DVD authoring. You can also combine more than 16 effects in real-time.

Professional videographers and serious hobbyists are no longer limited by the high cost of video FX and compositing software. Depending on the level of effects you want to achieve with a production, there are cost-effective applications available that are capable of providing an array of options — now, only limited by your fertile imagination.

George Furukawa is a freelance writer. His articles have appeared in national electronic, technical and photographic publications.