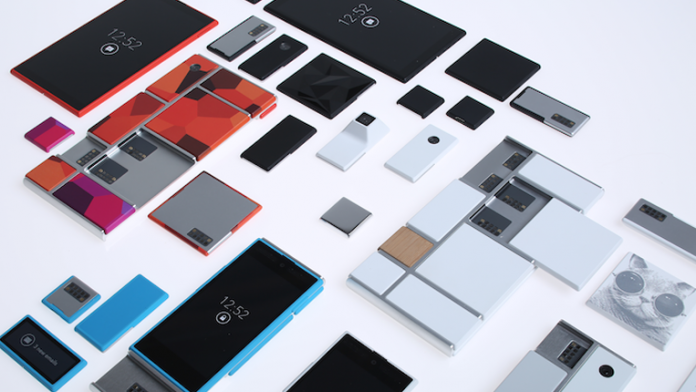 Today, it often seems that by the time a camera is available for purchase, it has already become obsolete. There is nothing more frustrating than discovering the state of the art camera you bought three months ago is now on its way to being irrelevant. Some camera companies think they have found a way to solve this problem — the modular camera.

What is a modular camera? A modular camera is simply a camera built up of individual smaller parts that can be configured in multiple ways. Modular cameras allow for interchangeability of camera components and accessories. Not only does this mitigate becoming obsolete, it also gives the user more versatility and use for the camera. This also potentially extends the life of your camera. If a part goes bad you can just take out the old one and re-attach the new one.

Modular technology allows for user customizable devices. It also extends the life and versatility of the device. For example, Google’s Project ARA is another interesting modular piece of technology, and while it’s not a cinema camera, a modular Smartphone is an incredibly cool idea. What is interesting about Project ARA is that for the first time it gives the buyer the power not just to control what the phone looks or feels like, but also its actual function. However modular technology does have its drawbacks, for one the user is limited by the modules available. Second, some of the designs of these modular devices are bigger or bulkier than their “off the shelf” counterparts. Despite these setbacks, modular tech has had a large influence on the world of cameras, and is really changing the game for many videographers and filmmakers.


If a part goes bad you can just take out the old one and re-attach the new one.

The RED Digital Cinema is credited with producing the first true modular cinema camera available. The RED Scarlet was the first modular cinema camera and can be purchased as a kit, or you can buy the “brain” alone and add different modules to it. There are a large assortment of modules to choose from, including a 4K broadcast module, multiple power modules, development and memory modules, a RED remote, a pro EVF module and a side handle which gives the camera a somewhat DSLR feel. You can also buy different lens mounts to support Canon, Nikon and Lecia M lenses.

RED modular cinema cameras are currently available and range in price anywhere from as low as $7950 for the scarlet-x brain to well over $50,000 for a fully assembled Epic-M RED Dragon.

Blackmagic Design has their own modular camera called URSA. They described it as, “The world’s first user upgradable 4K digital film camera.” It allows the user to change the sensor and lens mount. The idea is that as sensor technology gets better all the user of the URSA has to do is upgrade the sensor without having to go out and buy a whole new camera body. Another beautiful thing about the URSA is price; as with many other Blackmagic products like the Blackmagic cinema and pocket cameras, the price is low. The URSA is priced at around $5000 to $6000 depending on which mount and sensor option you choose.

Another note about the URSA is its seemingly immense size. Compared with that of a DSLR the URSA seems like a monolith. On a tripod rigged with a matte box and decent sized lens the whole rig can easily weigh up to 40-50lbs. Keeping in mind a lot of that is the tripod, the body of the URSA alone still weighs around 16 lbs, so 20-30lbs with a lens and matte box is still a lot of weight. URSA ships with a full copy of DaVinci resolve for color grading and is available in either an EF or PL mount, as well as broadcast and HDMI models.

Apertus open source cinema makes what is possibly the most modular of all the cameras in this article. Like the RED cinema cameras, it is a concept that utilizes multiple modules to build a finished camera. The Axiom Alpha was their proof of concept device; it is what proved that modular cameras could work on a professional scale. The Axiom Beta is the second camera developed and is sold limitedly to backers of the product. Currently in development is the full-featured camera called the Axiom Gamma. The Gamma will offer and interchangeable mount system and shoot in full 4K at up to 300 fps. The Gamma will also have swappable image sensors and sensor filters. Axiom says they want to make the mount base itself interchangeable, which would allow users to make and use their own lens mounts. The Gamma will be priced well under $10,000.

The open concept of modular camera design seems to be gaining traction with many video professionals. While setbacks do exist in terms of weight, size and module limits the ability to tailor specific camera operation and functions to the users needs is an incredible ability. Modular design allows for longer camera body life and avoiding becoming obsolete. This is the first time a videographer will be able to swap sensors and lens mounts easily. The camera user is no longer limited by the size of their sensor or by the type of lens mount they have, the entire camera is completely customizable and can be put together and broken down in multiple ways. Modular cameras seem to be moving in the right direction by blending the best of the DSLR with that of a traditional production camera. As the technology advances and the abilities increase with modular cameras, more and more videographers will use modular cameras for their specific projects. The cameras will improve, and as long as the main idea of user-customized devices stays true, modular cameras are set for success.

Christopher Settineri is the CEO and founder of Studio 10 FIlms and a double major in broadcasting communications and business administration at Florida Southern College. He is skilled at shooting, directing, editing and visual effects.