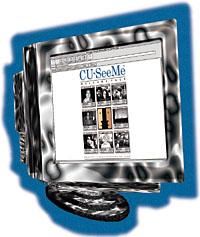 About 20 years ago, a certain independent producer wanted to get his film seen by the public. The guy had dumped all of his hard earned cash into making the movie, so it was vital that an audience pay to see it. Since those were the days before home video, the only outlet for an independent project lay in the neighborhood theater. Unfortunately the distribution companies weren’t interested or they weren’t willing to give him a good deal.


His only other option, in those days, was to "four-wall" his movie. The producer rented the movie theater (its four walls), advertised the play dates, hired the projectionist, ushers, ticket and refreshment-counter staff and screened the movie. And he pocketed all of the profits.


The movie was "The Legend of Boggy Creek," and its moneymaking power is legendary in the independent (indie) film business. Twenty years ago you needed a deal with the big boys or a lot of determination to become an indie success. Today, the Internet has changed the distribution deal for film and video.

Once (and often still) thought of as a conduit to chat rooms and X-rated celebrity photos, the Internet holds much more than late-night thrills. Producers, distributors, cast, crew, writers, directors and musicians are all looking at the microchip marvel as a source of exposure and employment. Even though the major studios are now using the Internet as a promotional outlet for upcoming film releases, indies are using the Net to tout their projects as well.


Whether you’re doing an instructional video on jogging, or a low-budget feature film, the Internet can assist in the final distribution of your project by providing the least expensive and most efficient mailing list on the market. Only people who are interested in your subject will respond to your Internet posts and all of their pertinent data will camp on your hard drive, ready for solicitation once the video is finished.

As you near the end of production on your video it’s time to start thinking about the next step–your own Web site. A Web site or "page" is a location on the Internet’s World Wide Web where those who want to access your specific information can use point and click commands to navigate around different sources of data. Web sites can contain many elements: text, graphics, databases, even live video. An Internet "audience" might view a trailer of a film or video, look at photos of the actors and crew and obtain ordering information. This same technique applies to the method of finding sales through a traditional distributor. It’s more cost effective and much simpler to alert a distributor to a Web page than to send a videotape and promotional material through the mail. It can nearly eliminate the possibility of video projects falling into the wrong hands or not arriving at all.


Designing your own Web site can be as simple or as complicated as you like. Online services like America Online, CompuServe and Prodigy offer plain page-design forms for users to fill out. They’re not very fancy, offering little in graphics and video or animation, but they’ll get you started. Many Internet service providers (ISPs) including AOL will provide a small amount of space on their servers for user’s home pages but they probably won’t help you much with the design. To learn more about building a Web page, visit educational sites such as www.webmonkey.com or http://home.netscape.com/home/how-to-create-web-services.html.


As for four-walling your work on the Net, it’s already being done. Independent-film distributor First Look screened the feature-length "Party Girl" on the Internet. The premiere of this Generation X-targeted film on the Web was primarily a promotional stunt, designed more to publicize the film than to showcase the on-line facilities. Even though feasible broadcast capabilities are several years off, this first "trial" was an impressive start.


Distributors are turning to the Internet now in search of new projects. Richard Munchkin, a partner in the international distributor Century Films, has found several projects that he believes hold promise for distribution. Munchkin also uses his computer connections to develop relationships with many first-time filmmakers and videographers. He’s helping guide these folks through the many pitfalls independents encounter as they try to distribute their work.

In addition to finding an audience for your work and providing a much needed (and maybe more importantly, low-cost) link to potential distributors, the Internet is an abundant source of information. Independents can tap into Web sites and newsgroups focusing on everything from technical data and equipment sales to casting agents, scripts, crews, music, festivals and just plain old fashioned brainstorming with other struggling independent producers. It’s not hard to hook into this amazing network of data; you just need to know which Web pages to visit. The lists in the sidebar, though hardly all-inclusive, should give you a good jumping-off point. And who knows, maybe 20 years from now, some writer will be describing how the archaic Internet thrust you into wealth and stardom!

Mark Steven Bosko is vice president of marketing for a film and video production company.

Cinemedia
www.cinemedia.net/
Originating in Australia, Cinemedia is a wealth of information on film and video.

The Internet Movie Database
http://us.imdb.com/
This is one of the most comprehensive databases out there, listing details on every film and filmmaker in recorded history. Its power lies in links to other sites, and you also have the ability to download the database software on your own machine.

USC School of Film and Television Web
www.usc.edu/dept/cntv/
Including a directory of film-related businesses, individuals and organizations, this site originates from the nationally famous film school. It features an electronic mall and message board.

Digital Video Resources
www.radius.com/Support/DV/MainDV.html
Site features good information on how to use QuickTime, digital editing, frame-rate discussions and other data on getting video into your site and on-line.

CU-See Me
cu-seeme.cornell.edu/
Created at Cornell University, this online video project allows you to talk with and see others in real time. If you have an interface letting you hook your camcorder to your machine, they can see you as well. To use this fun service, you need a direct Internet connection.

Electronic Frontier Foundation
www.eff.org/
This group is dedicated to maintaining the freedoms of Internet users and they actively lobby Congress on all telecommunications issues, keeping a close watch on laws and regulations.

E-mail Lists
Another way to connect with your computer is through mailing lists. These are electronic "conversations" that will arrive in your e-mailbox. The traffic within the group determines the frequency of the mail. Most come with the option of allowing only those subjects you are interested in to appear in your box. To subscribe to any of the following, send mail (as described below) to the address. After subscribing, you are able to interact with the group. To stop participation in the list, you must unsubscribe by sending e-mail with "unsubscribe" in the body of the message.

Lastly, you can reach Videomaker through the Internet at our own Web site. Download MPEG video clips and sound files, check out the latest industry news and discuss video production with other enthusiasts at www.videomaker.com.

If you just want to drop a line, have a question or complaint, contact our staff by e-mail: (first initial)(last name)@videomaker.com