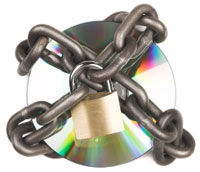 Your project’s done. How do you archive it? Helpful notes for someone who has to open the project after you’re gone.

Archiving media and other assets has always been an important issue. But, as video moves away from magnetic tape (e.g., Mini DV tapes) toward solid-state Flash memory (e.g., Panasonic’s P2), optical storage (e.g., Sony’s PD), hard-drive storage and other media (can we even call it video anymore, now that it is no longer tape-based?), the need to archive has become not only more important but, in many ways, more difficult.

There is little doubt, at least outside the walls of videotape manufacturing companies, that videotape is going the way of floppy disks. I’m pretty sure the generation being born today will someday ask their parents, “What is that stuff they call videotape in those old 2000 movies?” Flash memory, optical storage and hard-drive storage are quickly replacing the linear acquisition format we have been using for the last 58 years.

The process of archiving starts in the very first minutes of your post-production process. In fact, before you even open your editing software to edit your first clip, your archiving should have begun. It all starts with the first folder you make on your media hard drive. This is the one folder to unite them all. The “them all” I am referring to is every single piece of media or asset associated with this project. Every video clip, every voiceover, every song, every still, every title, every graphic – everything . Make this folder, give it a relevant name (e.g., the working title of your project) and make sure every single byte of information relating to this project lives in that folder. There, your archiving job is half done.

Virgos make great editors. Diligence, consistent file naming and organizing are the foundation of effective and easy archiving, not to mention a healthy workflow. If you are not an editor but you’re looking to hire one, make sure she/he is a Virgo (full disclosure: I’m a Virgo). Seriously, the more organized an editor is during the long process of editing, the quicker and easier the archiving will be at the end of the project.

All right, now you have made your one folder to unite them all. You have opened your editing software, named and saved your project, set your scratch discs and captured your footage, which you have given a name very similar to your project name. For example, for my ten-part documentary series on the life of snails, I have called my main project folder snail doc . I have named my project file snail project 01 . I named the first three one-hour video clips I captured from my Mini DV tapes snail tape 01, snail source 02 and snail tape 03 . See where I’m going with this? I use a short, unique word for all of my folders and main file names – in this case snail – so, if I do misplace a file, I can search the word snail to find all the files with that one project. This will be a huge help when it comes time to archive.

As they do on cooking shows, let’s jump to the end of the process, cutting out all that baking time (editing) and pulling the fully-cooked cobbler, or, in this case, the finished product from the editing “oven.” The project is finished, and we’re ready to archive, clear our drives, defrag and start the next job. I’m about to describe two archiving workflows: tape-based and non-tape-based. But before we get to the details, there is one procedure common to both: saving the best-quality final-cut version of the project. I call this the full-frame, full-motion copy, or FFFM. This is the copy that we can easily retrieve and send out to festivals, use to make a demo reel or compress for the web. If you shot in 1080i60, this version of the finished product should be saved as 1080i60. If you shot at 720p 24 frames, save your finished product the same way. It doesn’t hurt to add an identification board to the front of this video, with white letters at 95% opacity on a black background that state the name of the piece, the date completed, the total running time, the client (if there is one), the editor and the editor’s contact information (this is most probably you). I have a one-terabyte drive, set to a RAID 1 (Redundant Arrays of Inexpensive/ Independent Disks), which uses the two 500GB encased drives as a redundant or mirrored system. I keep all of my FFFM finished works here. More on RAID 1 in a bit.

This workflow hasn’t changed too much since the beginning of time – video time that is (circa 1950) – or at least since the beginning of the Hard Drive Age. In this workflow, the source tapes or field audio and video become the backup medium for the media. With all the source tapes, the original assets and the project file, you can recreate an entire editing project at any time. There are challenges. I have a bunch of source tapes on Hi8 video from the mid-nineties, and, if I ever want to recreate those projects, I’ll have to locate a Hi8 deck or camera in order to capture. But there are always challenges, right? This is editing on computers, after all. Truth is, I haven’t had to return to those source tapes yet. The full-frame, full-motion final pieces have worked for my purposes so far.

But you never know. Maybe you’ve shot twenty hours of footage in the Uyuni Salt Flats of Bolivia back in early 2000, and all of a sudden you find you need some of that footage in 2009. No problem. Find your Microsoft Excel sheet (or, in my case, the free, open-source OpenOffice.org spreadsheet document) entitled Source Tapes 2000. Oh, I haven’t mentioned the spreadsheet. Virgos, you probably already do this, but it’s a good idea to do a simple spreadsheet with the unique name of the tape, total minutes of shoot source footage, dates shot, a summary of the footage (including unique people taped and any other information that is important to your type of work). I keep one per year. If you want to get fancy, you could have your total minutes column calculate your end-of-the-year sum of total minutes shot.

Source tapes, database of tapes… oh yes, other assets. This one is important. I mentioned earlier that, before you start a project, you should make a folder on your media drive where every single asset associated with the project must live: music, voiceovers, still photos, titles/graphics made outside of your editing project… everything! If you are diligent in keeping all of these assets in one place, this step in your archiving is simple. Otherwise, it can be the most difficult step in your whole editing process. Depending on the size of the folder, I burn to a clearly-labeled CD or DVD, and I store the originals with my source tapes.

One last note on source tapes: I keep mine in a fireproof safe in my closet. ( Warning: Make certain that any fire-resistant storage device you consider has a media rating. Otherwise, in the event of a fire, it is possible that the temperature will rise high enough to melt the media inside the device, thereby negating the value of the device in the first place, as well as giving you a false sense of security. ) I have never experienced a house fire (touch wood), but these safes are relatively inexpensive at most chain office supply stores and even come with a lock, if you need that kind of security. The main thing is that you keep all of your labeled tapes in one secure spot, safe from water, direct sunlight, fire, etc., so if you do need them, you know exactly where to go.

As I said earlier, you’ll soon need to go to a television museum to see a tape-based camera or deck. If you are an early adopter, you already know the challenges of a tapeless workflow. As seen above, in a tape world, the source tapes living securely in your fireproof safe are your archive of everything you’ve recorded with the camera. But what if you don’t have source tapes? Where’s the backup?

If you are semi-pro or pro, or aspiring to be so, your footage, even HD, is taking up as much space as DV compressed files, at the very least. DV weighs in at about 14GB per hour shot. So it wouldn’t be that uncommon to acquire over one hundred gigabytes on a project, even a short one. That pretty much rules out using 4.7GB DVD discs as an archival system. The option I’ve mostly been using is hard-drive backup. I mentioned a RAID 1 system earlier for archiving my full-frame full-motion finished final works. I use a separate RAID 1 system for my source footage. I shoot using many different cameras in different HD modes, so it is difficult to say what my average file size is, but, if we go back to the base DV compressed numbers, you’re looking at around 35 hours of source footage per one-terabyte drive. The math, roughly, is one gigabyte equals 4.25 minutes of footage stored to 500GBs of hard-drive space. (1TB set to a RAID 1 = 2x500GB drives mirroring each other. The same information goes to each drive to form a redundant storage system.) Thirty-five hours per terabyte doesn’t sound all that economical, but with hard drive space coming in at less than $0.40 per gigabyte, it’s manageable.

Another option production companies are going back to is… magnetic tape. Although I did meet a shooter who was actually shooting on a hard-drive camera and backing up to Mini DV, this is not what I’m talking about. Corporations have used DLT (digital linear tape) backup for all sorts of data, and these tape drives are now backing up non-tape acquisition methods. Drives start at about $500 and tape starts at about $2.33 per gigabyte.

One last step to consider, if this is relevant to your workflow, is a simple text document of notes about your project. This is especially important if someone other than you will be returning to this project in the future, or if, like mine, your memory is less than stellar. It can be a scan of handwritten notes, or perhaps you can keep that old laptop at your edit bay for use as a digital note pad for anything out of the ordinary or important for future editors who return to this source material.

Archiving is a bit like doing your taxes (OK, I’m sorry, didn’t mean to leave this on a bad note. It’s nowhere near as bad as taxes, but bear with me here). If you don’t take care of the accounting for your finances daily, weekly and monthly, and you wait until April to calculate all things money, you won’t be loving life, at least in the first two weeks of April. But if you label your tapes methodically, keep all of your assets in a single folder, organize your file names and keep good notes, archiving will be a simple, and believe me, a rewarding final step in your production.