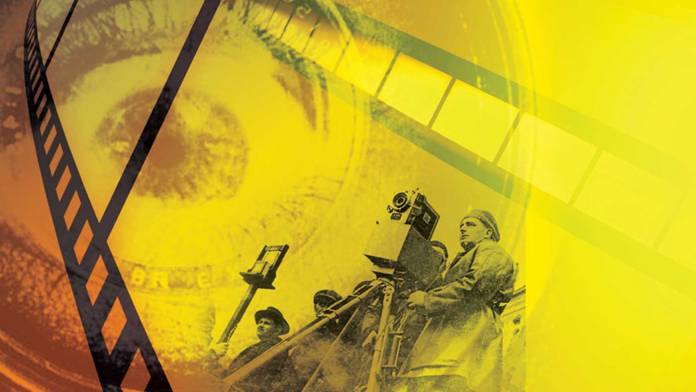 Just like any other storytelling device, documentaries come in different forms. We have docudramas and observational documentation. And then we have cinéma vérité. Having shot in a variety of styles, cinéma vérité has proven to be most challenging. Roughly translated as ‘Film Truth’, cinéma vérité is the filmmaker’s attempt to give an unbiased look at living stories.

The History of Cinema Verite

Influenced by the newsreels of turn of the century Russian reporter Dziga Vertov, French documentary filmmakers in the 1960s copied his style of ‘unbiased’ recordings of events and interviews. In honor of Vertov the French filmmakers called their version cinéma vérité. It was those early French Director’s intention to create films that told the unbiased truth.

Yet, they immediately ran into the paradox that by the very nature of being human, it is impossible to tell an ‘unbiased’ story. In fact, unlike Observational Documentation where the film subject is unaware of the camera, in cinéma vérité the presence of the camera often influences the opinions and actions of the subject!

That the presence of the camera causes the subject to change their normal behavior is not a stretch to imagine. We’ve all seen people freeze or ham it up the instant a camera is pointed at them. So it should not be hard to believe that the camera can influence the events being filmed. With that in mind, potential cinéma vérité directors should be aware of their unintentional tendency to color what is intended to be a film based on ‘pure truth.’

So what does all this mean to you the prospective cinéma vérité documentarian? More than you would think. Whether aware of it or not, you’ve seen the style used in various flavors on the big and small screens by filmmakers like Ken Burns, Spike Lee, Michael Moore and many others.

One of the best examples of modern cinéma vérité filmmaking is the television show COPS. True to classic cinéma vérité style, COPS gets close as a filmmaker can to shooting ‘pure reality’. What takes the show beyond observational documentation is that the camera is visible to the subjects and therefore influences both the officers and perpetrators behavior.

The most important influence on your potential cinéma vérité project will be your own opinions and biases. Your own background, personality, expectations and ethics will shape the type of story you’ll end up telling. So don’t be disappointed when you set out to ‘tell the truth as it happened’ and realize you’ve bent the story according to your own beliefs. Don’t worry, this is not a bad thing.

Cinéma vérité is an art form and you, the filmmaker, will ‘paint’ your story according to your vision. Instead of a made-up narrative story created from a script, the ‘colors’ you’ll use will come from real events and how your presence affected the real people involved.

Cinéma vérité is an art form and you, the filmmaker, will ‘paint’ your story according to your vision. Instead of a made-up narrative story created from a script, the ‘colors’ you’ll use will come from real events and how your presence affected the real people involved.

Of course, with any type of filmmaking, there’s ‘good news and bad news’. Making a film in the cinéma vérité style is no different. The bad news is; starting out, making your first cinéma vérité film is hard. I say that because to get enough information to gain a clear idea of how best to cover your story, you’ll need to do some serious research on the topic you’re looking to shoot. Again, that’s not a bad thing.

Of course you could just run out and shoot, but you’ll have a difficult time trying to piece together a proper story with a bunch of random footage. I’ve been there, done that and it is zero fun. Once you’ve researched your topic, you’ll need a premise or theme for your film. The theme should be no more than three sentences that sum up your intended story. Once you have your theme then you’ll need to plan out a schedule of who, when and where you can get the best interviews and footage to cover your story.

Shoot and Shoot, then Shoot Some More

The next hard things will occur during shooting. First, you’re going to need a lot of extra footage. Don’t be surprised if you end up with a 10:1 ratio of interviews versus coverage (B-roll) footage or much more. Remember, you’ll need supporting shots to illustrate what your interviewees discuss on camera. The more they talk, the more footage you’ll need.

In my opinion, the next most difficult part of shooting in the cinéma vérité style films is; getting the shots. If you want to have those memorable moments on film which capture your audience’s imagination, you’re going to have to be where things happen, when they happen. That’s where all that research, your theme and the plan you put together will come in real handy.

The last exasperating, but exhilarating thing about shooting cinéma vérité style is: all that stuff I just mentioned about having a plan will almost always go out the window. But that’s part of the good news. When shooting unpredictable events, at any given moment you may have to pick up your camera and start running to get the shot.

Consider how television news shooters gather their footage. They just shoot the events as they unfold in front of them and when planned events take a turn for the unexpected, they hike up their pants, adjust their focus and continue on with the shoot.

Cinéma vérité is notorious for being an unpredictable type of filmmaking. However, if you have done your research and have your initial plan, you’ll more than likely be in the right place at the right time to capture something memorable. The other good news about shooting cinéma vérité documentaries is; it gets easier to do.

When you get accustomed to dealing with the unpredictable, your storytelling ability will become much more flexible. The flexibility you picked up during shooting will come in handy when it comes to editing.

What will happen is when you get into the edit bay with all your clips, interviews, photos, graphics, etc., you will quickly find that the story you wanted to tell isn’t all that interesting. What you will find within all that material is a story you hadn’t thought of and it’s better than what you imagined.

The story will still be related to what you wanted to tell, but it will lead you in a different direction and it will be much closer to the ‘truth’ than you imagined. To me, that is the coolest thing about cinéma vérité.

If It Doesn’t Fit, Don’t use It

One thing that will cause you hours of endless headaches and hair-pulling is trying to ‘fight the story’. You’ll know when you’re fighting the story when you keep trying to force your material to follow the exact idea you started out with.

As I said, the story wants to tell itself and you’ll realize it when you hit a creative wall where nothing seems to be working. When that happens (and it will), take a step back and consider the original theme you started out with. Strangely enough, that’s the one thing that will change very little.

So for example; the person you wanted to feature turns out to not be as interesting as someone else you interviewed. However, the more interesting person represents your film’s theme exactly. You must be prepared to do follow-up work with that person (including getting supporting shots) and keep your original theme in mind as the project goes in another direction. Keeping your original theme in mind will help you from going too far off from your topic (which is very easy to do when shooting in cinéma vérité.)

So when you’re thinking about doing a documentary, you’ll most likely be making a cinéma vérité style film. You’ll need to bring your passion along and keep it high. You’ll need that passion to keep focused during the research, production and post-production phases.

You’ll no doubt have to spend much more time to get supporting footage and be prepared to leave brilliant shots ‘on the cutting room floor’ because they don’t fit the evolving story. On the back-end, you should also be prepared to reach into the ‘trash bin’ and pull those shots out if they can be used elsewhere in your film. As long as you keep your original theme in mind, you’ll be able to keep your film from going off-topic and your hair on your scalp where it belongs.

As long as you keep your original theme in mind, you’ll be able to keep your film from going off-topic and your hair on your scalp where it belongs.

In order to create a believable cinéma vérité movie, you’ll need to keep an open mind, be flexible enough to handle the unpredictability of the shoots and the editing process, and accept that your subjects will be influenced by the presence of both you and the camera. But if you want to ‘shoot the truth’, don’t forget that you – the director – will ultimately make that ‘truth’ what you think it should be. Cinéma vérité in reality is ‘Film Truth’ created as you – the filmmaker – saw it.